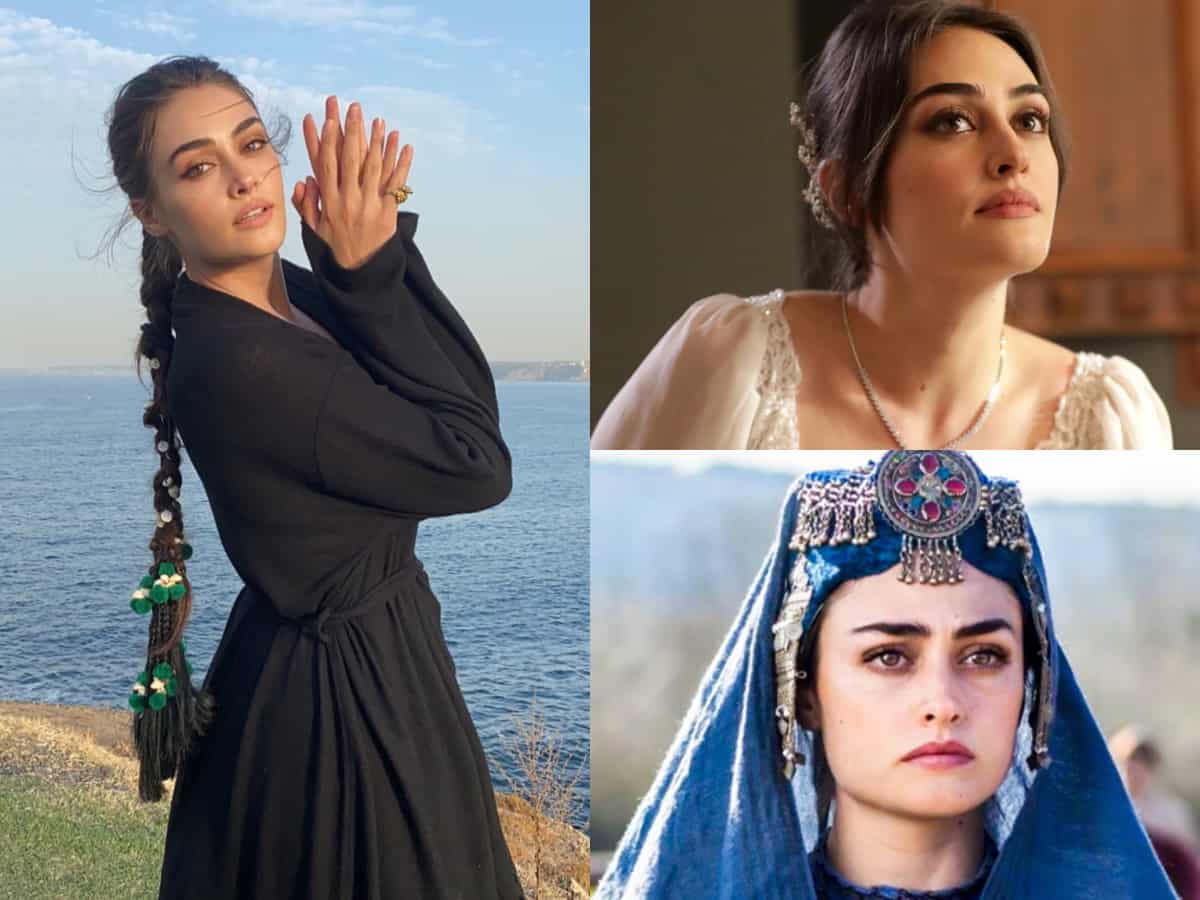 With her dazzling looks and breathtaking performance in crime series and also in Turkish historical drama series Dirilis: Ertugrul, Esra Bilgic has attracted huge applause from the people across the world who want to see their favourite star in every role.

Esra has won the hearts of millions of fans across the world with her outstanding performance. Seeing the popularity of the Turkish actress, a famous cellular company of Pakistan selected her as the face of the organization.

The actress, who acquired the position on national crush of Pakistan and became an overnight sensation when Ertugrul started airing on Pak’s Television, often keeps treating her fans with mesmerising and elegant pictures on Instagram. Esra, who enjoys her over five million following on Instagram, often leaves her fans swooning over her bold and beautiful pictures.

As Ertugrul fever continues across the world, we thought of surfing through her Instagram and bring you her simple yet fabulous looks. Have a look at them.

How Esra Bilgic claps back at trolls on Instagram?

As much as Esra Belgic’s uploads are liked by one and all, there have been times when the actress has become the target of the troll army for more reasons than one. But the blonde beauty knows how to shut down the trolls with her befitting replies and advise them not to follow her on social media platforms. She is often trolled or criticized for dressing sense.

Fans also comment about how she should emulate the character she played on screen in Ertugrul and that she looked much better in 12th-century attire than the ‘western’ clothes she wears in her personal life.