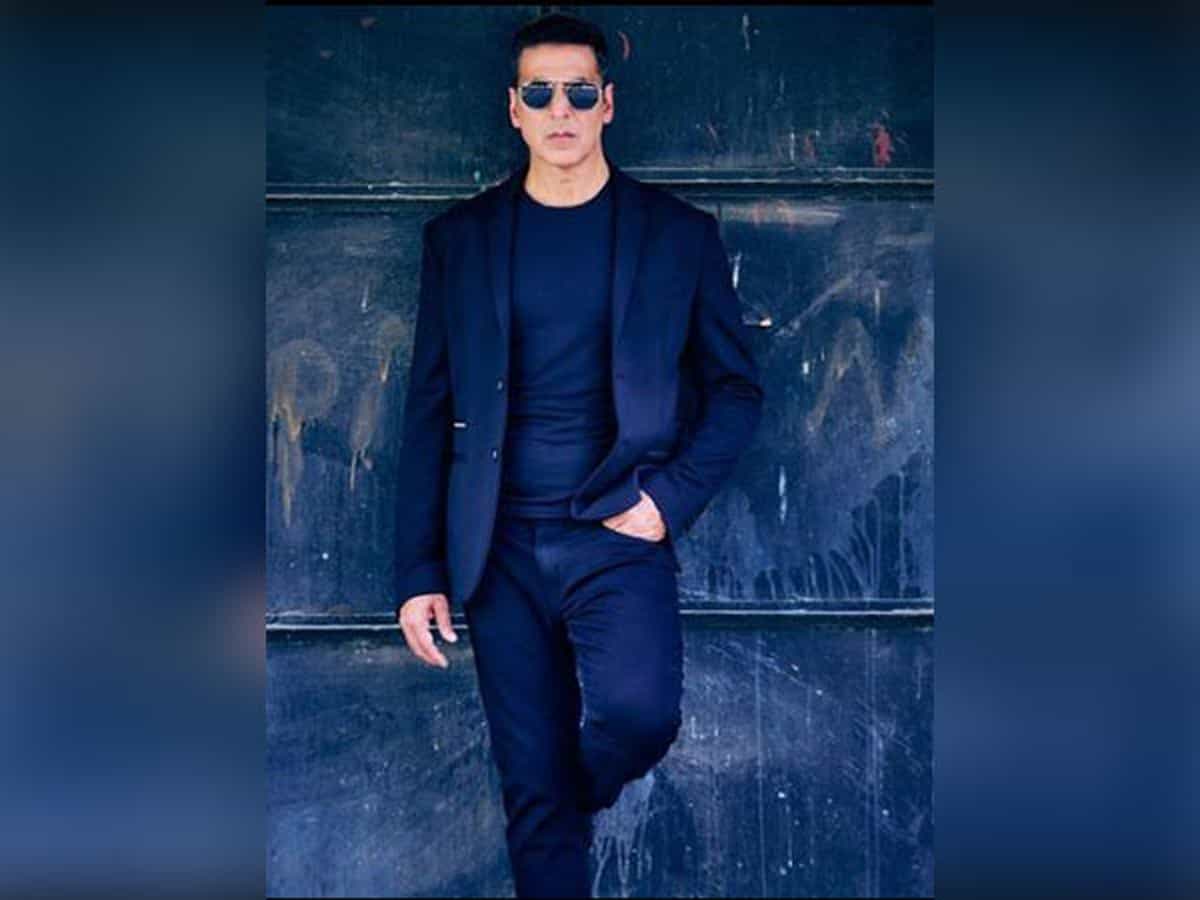 Mumbai : On the occasion of Bollywood actor Akshay Kumar’s 55th birthday, many B-town celebrities took to their social media accounts and sent warm birthday wishes to the ‘Good Newwz’ actor.

Akshay’s ‘Kambakkht Ishq’ co-star took to her Instagram stories and dropped a funny picture of herself with ‘Samrat Prithviraj’ actor.

She wrote, “Happy birthday Akshay… You are and always will be my favourite co-star (coz I get to pack up at 3pm). Love you tons… Have a fantastic one.” 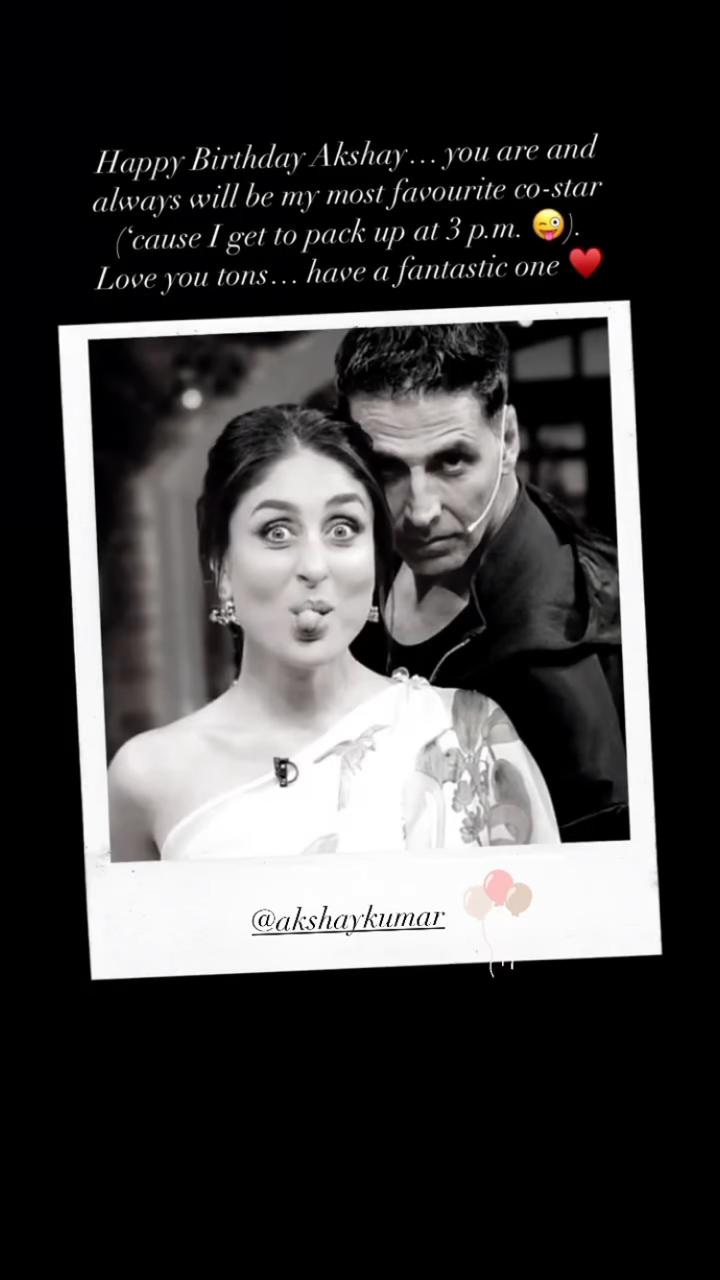 Katrina Kaif posted a picture with Akshay along with a caption, “Akshay, it’s your birthday, all my love is with you always and here’s to the bestest year ever.” with heart emojis. 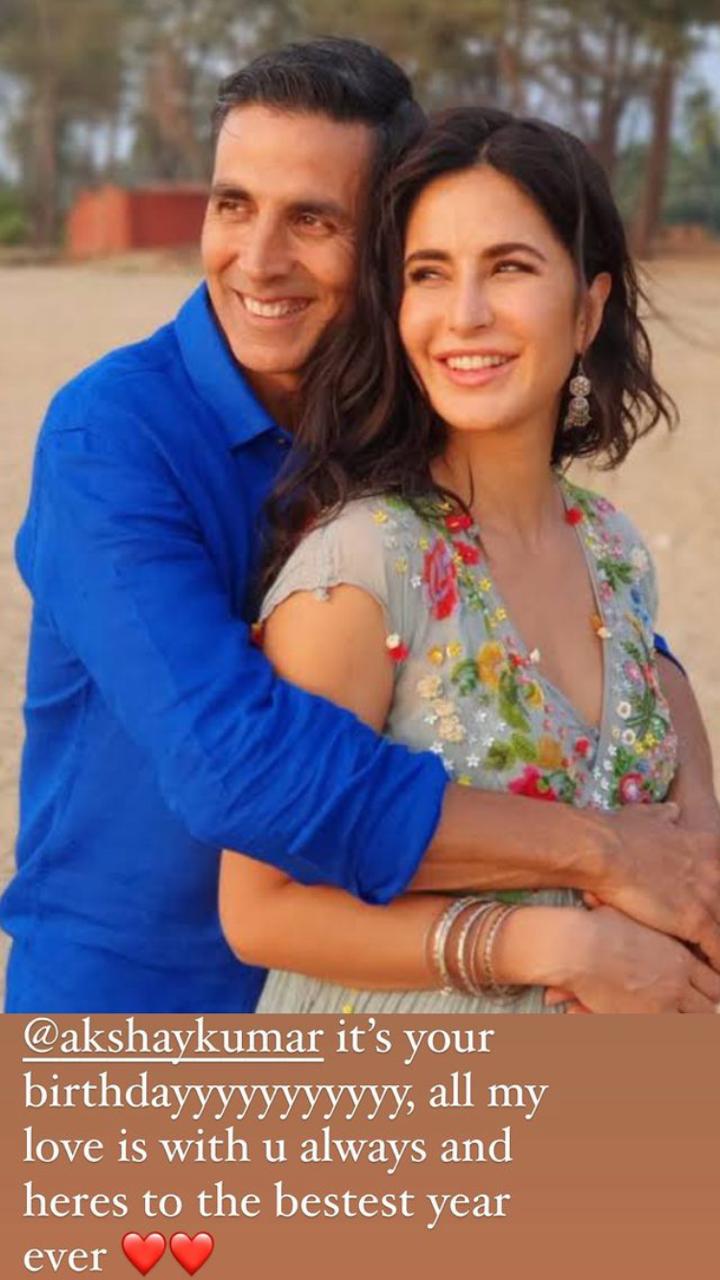 Sara Ali Khan also extended warm wishes to the actor. She dropped pictures from the sets of ‘Atrnagi Re’ along with a caption. She wrote, “Happiest Birthday Akshay Sir. Wishing you all the love, luck, laughter and happiness.” 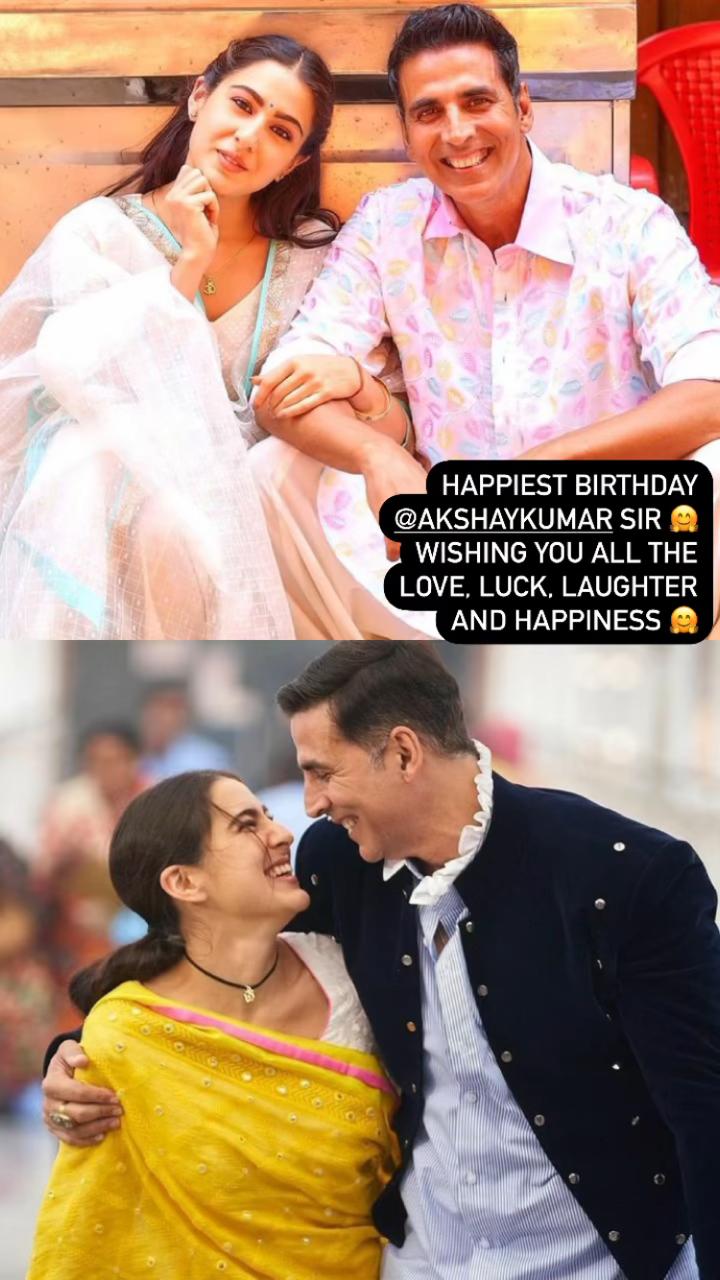 Kriti Sanon wished her ‘Bachchhan Paandey’ co-star Akshay and posted some fun pictures from the sets.

And captioned the pictures, “Happiest birthday to one of the nicest and most compassionate people i know!” 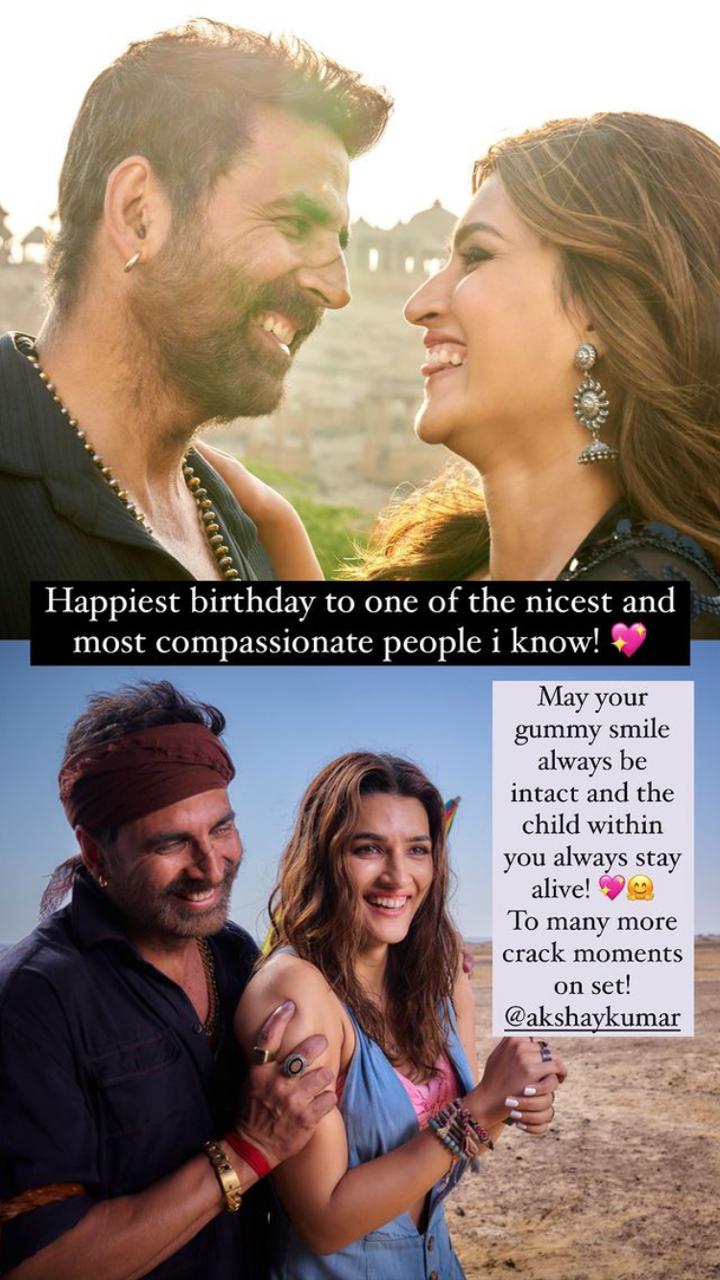 She added, “May your gummy smile always be intact and the child within you always stay alive! To many more crack moments on set! @akshaykumar.”

Suniel Shetty posted a sweet and quirky post for his ‘Hera Pheri’ co-star. He wrote, “Hey Rajuuuuu!! Happy Birthday re baba!! @akshaykumar Have a great one.” 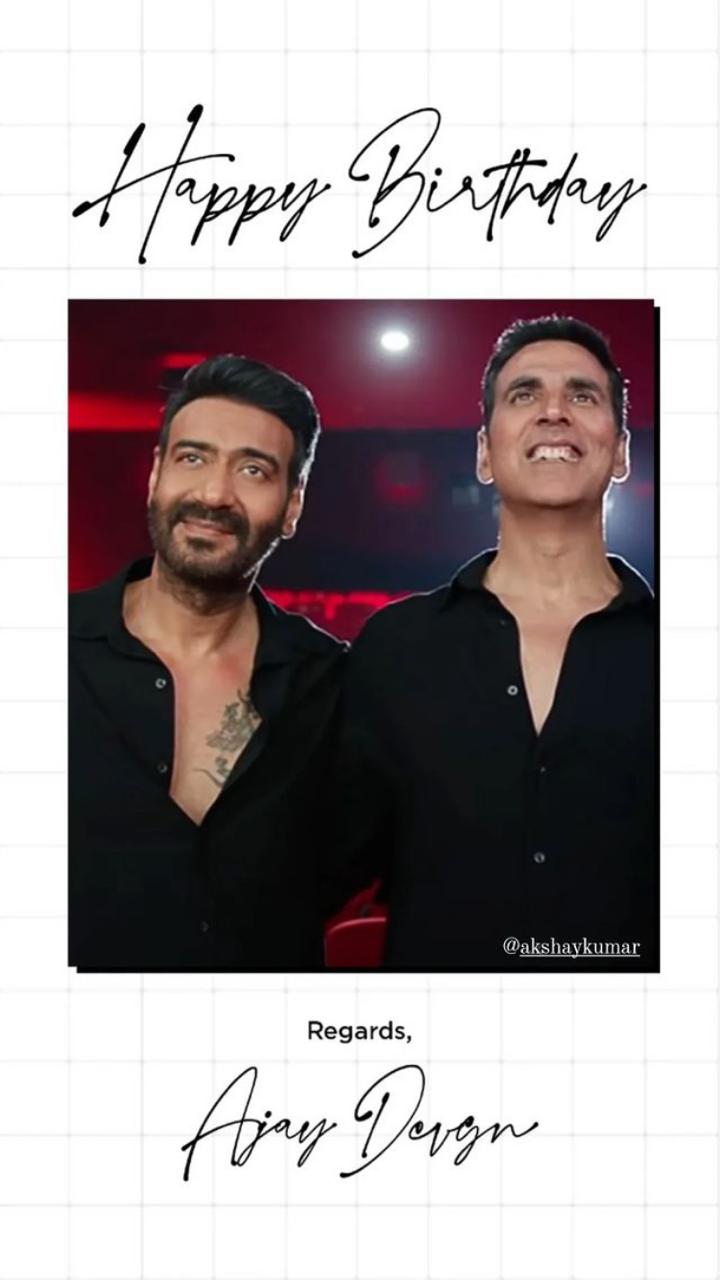 Bollywood’s Khiladi Kumar aka Akshay Kumar just turned a year older. After his hit film, Khiladi (1992), the actor gained immense attention and popularity. He has appeared in a lot of thrillers, fast-paced dramas, comedies, and patriotic films over the years, sticking to his versatility. Recognizing his contributions to Indian cinema, he has received the Padma Shri Award.

Meanwhile, Akshay will be next seen in ‘Ram Setu’ alongside Jacqueline Fernandez and Nushrratt Bharuccha, which is slated to release on the occasion of Diwali 2022.

He will also be seen opposite Radhika Madan in the Hindi remake of Suriya’s Tamil film ‘Soorarai Pottru’. Apart from Akshay and Radhika, Paresh Rawal will reprise his role from the Tamil original. Director Sudha Kongara is also returning to helm this film. The shooting began in April. No release date has been announced so far.