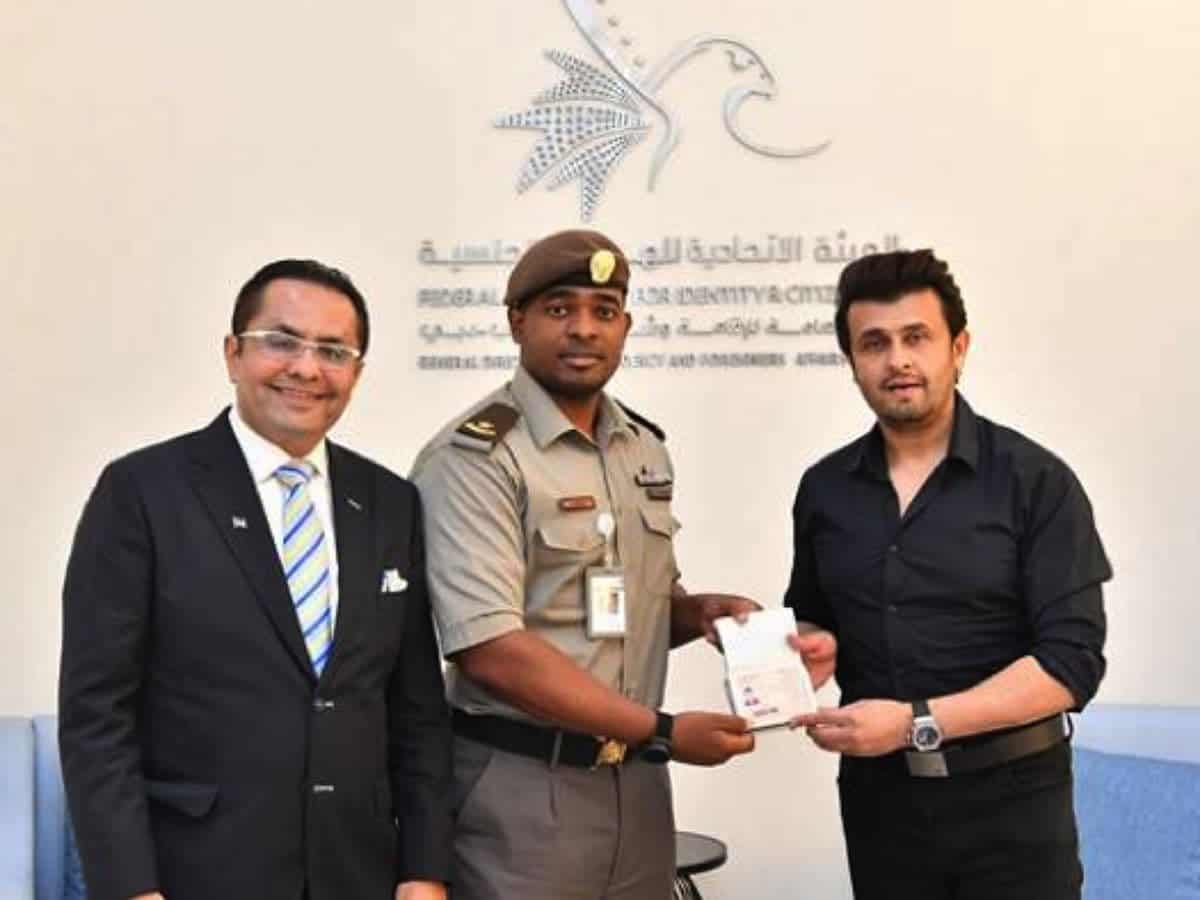 Abu Dhabi: Award-winning Bollywood singer and music director Sonu Nigam is the latest Indian celebrity to be honoured with a UAE golden visa.

Sonu Nigam expressed his gratitude to Dubai government for awarding him the golden visa. He has been living in the UAE for 27 years and Dubai has always been like a second home to him.

Calling Dubai his favourite place, Nigam said he is looking forward to contribute whatever he can to his best capacity to Dubai and its people. He also expressed his gratitude to his ‘brother’, Rizwan Sajan, who is the founder and chairman of Danube Group, for making it so memorable and personal for him.

“I am grateful to the UAE Government for honouring me with the Golden Visa. From the time I came to Dubai for the first time in 1994, it has been a part of my growing up and also been a witness and catalyst to my artistic and professional journey,” said Sonu Nigam, according to a report in Khaleej Times.

The golden visa was created by the UAE government in 2019 which allows foreigners to live, work and study in the country without the need of a national sponsor and allows the same with 100 per cent ownership of their business on the UAE mainland.