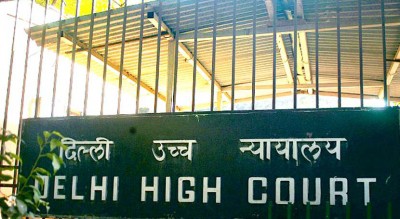 New Delhi, Jan 5 : The Delhi High Court on Tuesday sought a response from leading Bollywood producers to an application filed by Bennett Coleman & Co. and journalists Rahul Shivshankar and Navika Kumar seeking rejection of the suit filed by them against the two journalists and the media house in order to restrain them from making irresponsible remarks.

A single judge bench of the high court presided by Justice J R Midha issued notice to the Bollywood producers and others and slated the matter for further hearing on March 23.

In its application, the Times Group and the two journalists claimed that the suit filed by the Plaintiffs (Bollywood producers) is not maintainable because the reliefs sought by the Plaintiffs impinge upon the rights available to the defendants which are duly protected under Article 19 of the Constitution of India.

“…the Freedom of Speech (Freedom of Press) cannot be curtailed by way of any injunction sought for under the Specific Relief Act which is a subordinate legislation to the Constitution of India and cannot override the fundamental rights guaranteed therein,” the application said.

The Times Group has also raised the issue of jurisdiction and claimed that the Delhi High Court has no territorial jurisdiction to entertain the lawsuit against it.

It also stated in its application that no cause of action has arisen in favour of the producers and against the media houses, considering that the plaint allegedly complains of defamation of unidentifiable group of persons and as such, defamation is not made out.

On November 9, the high court had issued summons to various media channels including Times Now and Republic over the defamation suit filed by four Bollywood associations and 34 producers to seek a restraint on news channels from making or publishing what they dubbed as “irresponsible, derogatory and defamatory” remarks against the Hindi film industry and its members.

The bench while posting the matter for further hearing on December 14 had sought a response from the media channels and also asked them to come up with a “reasonable solution” regarding the improvement of news reporting standards.

The petitioners had urged the court to see that the defendants abide by the Programme Code under the Cable Television Networks Rules, 1994, and to withdraw, recall and take down all defamatory content published by them against Bollywood.

This comes in the wake of the alleged use of derogatory words and expressions against the Hindi film industry by these channels.

The privacy of members of Bollywood was getting invaded, the plea contended, and their reputations irreparably damaged by painting the entire industry as criminals seeped in the drug culture. To be a part of Bollywood was painted as synonymous with criminal acts in the public imagination, the petitioners said.