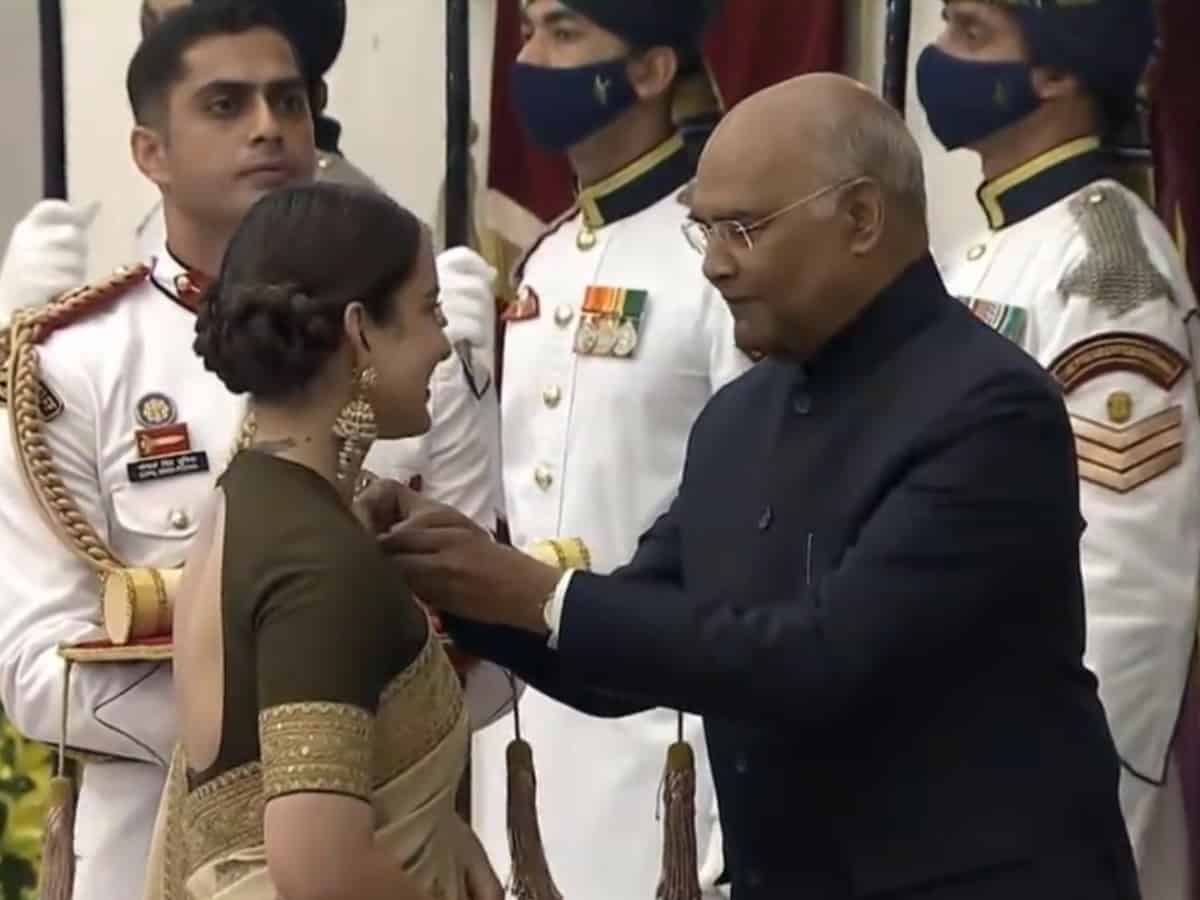 New Delhi: Bollywood personalities Kangana Ranaut, Adnan Sami and Ekta Kapoor are a few names being honoured with the Padma Shri on Monday in a ceremony held at Rashtrapati Bhavan in the capital.

They will be feted with the honour by President Ram Nath Kovind. Other recipients of the Padma Shri this year from the world of arts include filmmaker Karan Johar and late singer S.P. Balasubramaniam.

Kangana took to her Instagram story to share a screenshot about the news. The screenshot seems to be from a Kangana fan club.

The pictures from the ceremony have been doing the rounds on social media, where Kangana is seen sporting a beautiful green-golden saree paired with stunning large jhumkas and a white face mask. Musician Adnani Sami looked dapper in a classic black sherwani with golden embroidery.

Last month, Kangana was feted with the Best Actress award for her performances in the Hindi films ‘Manikarnika: The Queen Of Jhansi’ and ‘Panga’ at the 67th National Film Awards.