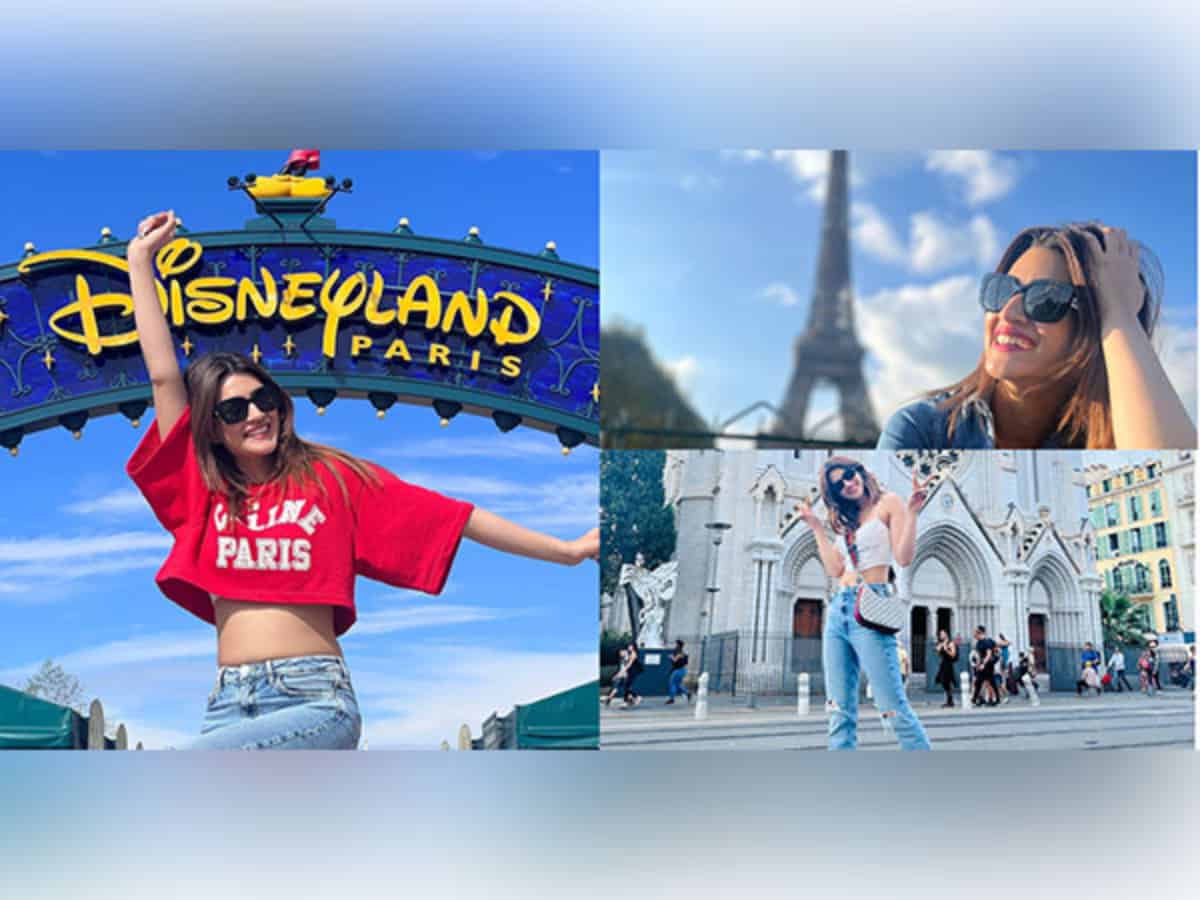 New Delhi : Bollywood actor Kriti Sanon, on Monday, dropped a string of adorable pictures from her family vacation in Paris.

Taking to Instagram, Kriti shared the pictures which she captioned, “Bonjour #FranceDiaries.”
https://www.instagram.com/p/CisEbqELJhB/

In the first picture, the ‘Luka Chuppi’ actor could be seen posing in front of the Eiffel Tower in a denim jumpsuit.

In another picture, Kriti could be seen hugging her family members on a rooftop.

Along with this, the ‘Mimi’ actor also dropped some glimpses from her visit to Disneyland.
In the end, she shared a couple of pictures featuring her father and her mother.

“You looking so cute,” a fan commented.

Another fan wrote, “Keep smiling like this always kritsu.”

Talking about the work front, Kriti will be next seen in an upcoming horror comedy film ‘Bhediya’ alongside Varun Dhawan, which is all set to hit the theatres on November 25, 2022.

Apart from that, she will be also seen in an upcoming Pan-India film ‘Adipurush’ alongside south actor Prabhas, Saif Ali Khan and Sunny Singh, in ‘Ganpath: Part 1’ opposite Tiger Shroff, which is slated to release on the occasion of Christmas 2022, and in ‘Shehzada’ along with Kartik Aaryan, which is all set to hit the theatres on February 10, 2023.