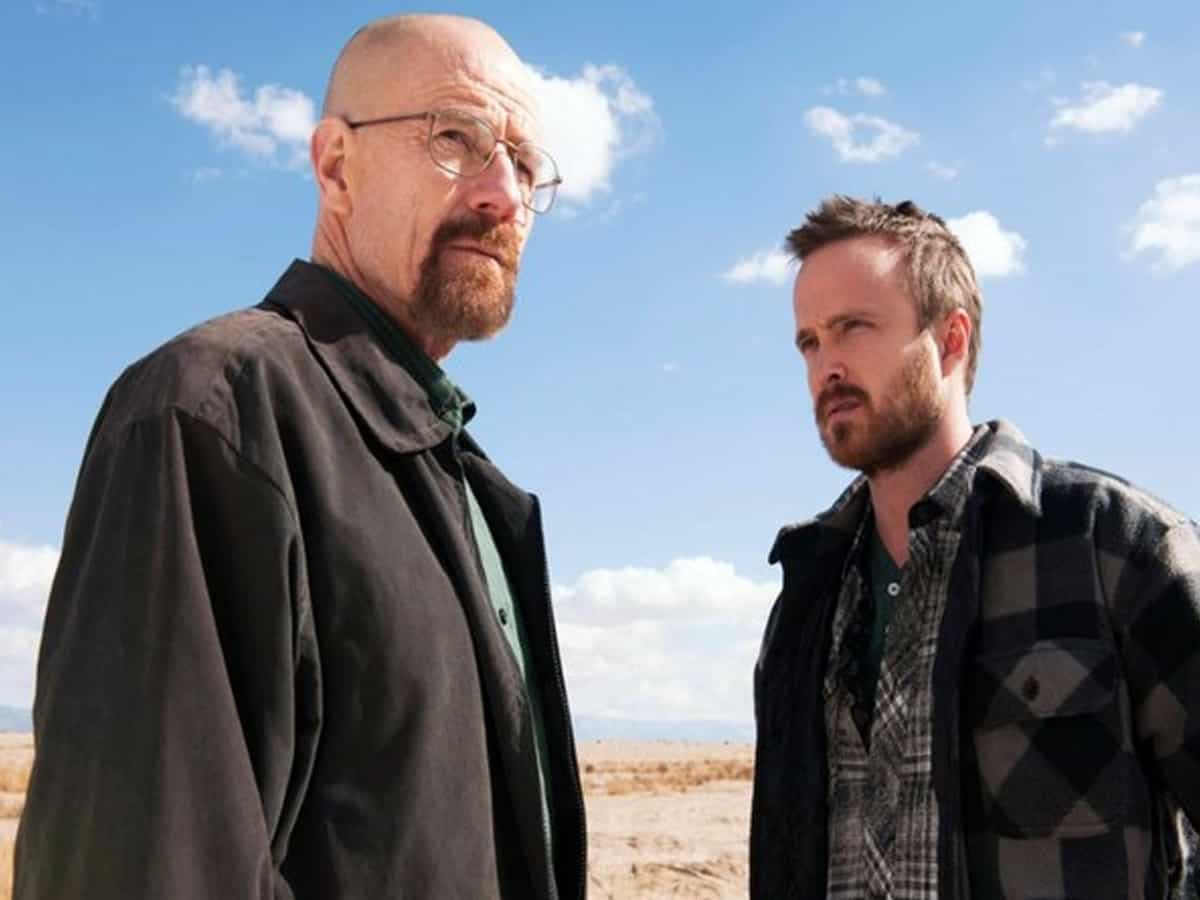 As per Variety, ‘Better Call Saul’ co-creator Peter Gould announced the news at PaleyFest LA, though he was tight-lipped on exactly when Cranston and Paul will show up or in what capacity.

“I don’t want to spoil things for the audience, but I will say the first question we had when we started the show was, ‘Are we gonna see Walt and Jesse on the show?’ Instead of evading, I’ll just say yeah,” Gould said. “How or the circumstances or anything, you’ll just have to discover that for yourself, but I have to say that’s one of many things that I think you’ll discover this season.”

“If you can believe it, there’s more,” star Bob Odenkirk teased, but Gould cut him off before he said too much.

Gould recently attended the ‘Better Call Saul’ premiere and told Variety, “These two worlds cross over in a way that you haven’t seen before, that’s for sure.”

Co-creator Vince Gilligan said, “It would be a damn shame if the show ended without (Cranston and Paul) appearing, would it not?”

Odenkirk added, “I personally feel that the two shows — ‘Breaking Bad’ and ‘Better Call Saul’ — are entwined even more than ever in the final season. And I think that’s surprising and cool, and it’s gonna make you want to watch ‘Breaking Bad’ again.”

Many other characters from ‘Breaking Bad’ have made their way into ‘Better Call Saul’ throughout its first five seasons, including Hector Salamanca (Mark Margolis), Don Eladio (Luis Politti) and the Salamanca twins (Luis and Daniel Moncada). Even Hank Schrader (Dean Norris) and Steven Gomez (Steven Michael Quezada) made cameos.

Gould and Odenkirk were joined by ‘Better Call Saul’ cast members Seehorn, Esposito, Jonathan Banks, Patrick Fabian, Michael Mando and Tony Dalton at PaleyFest LA, which started on April 2 and runs until April 10 at the Dolby Theatre in Hollywood.