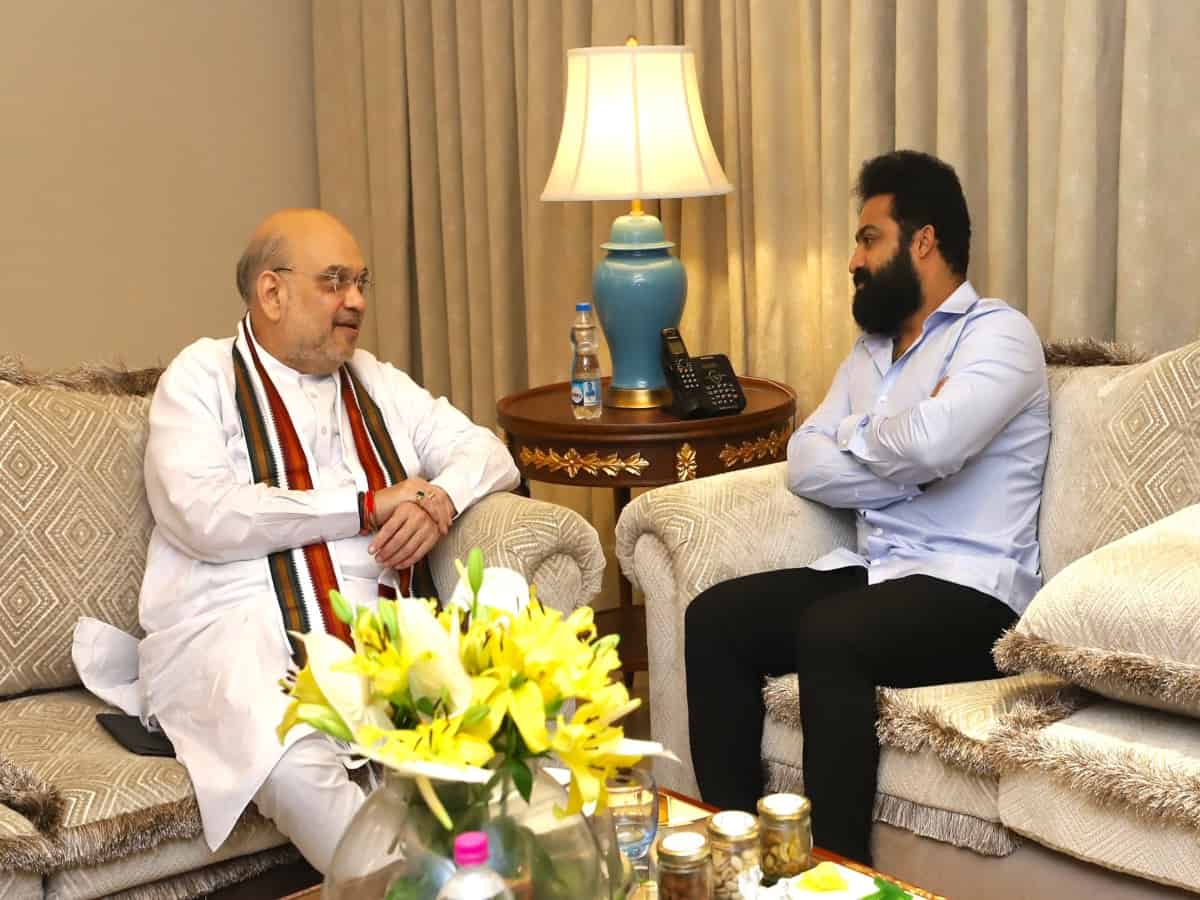 Hyderabad: Union Home Minister Amit Shah during his recent trip to Telangana had a dinner meeting with Tollywood star Jr NTR in Hyderabad. The meeting since then has become the talk of the town, with many trying to decipher the agenda behind it.

Earlier it was reported that the meeting is the first step to an alliance between the BJP and TDP. For the unversed, Jr NTR is Telugu Desam Party (TDP) founder NT Rama Rao’s grandson and had also campaigned for the TDP during the 2009 general elections.

However, now fresh reports suggest the real reason is that the BJP wants to make a movie on the Razakar movement and Amit Shah has requested Jr NTR to act in it.

Razakars were the paramilitary volunteer force of the Majlis-e-Ittehadul Muslimeen (MIM) party in the Hyderabad State under the British Raj. They were deployed for maintaining Muslim rule in Hyderabad and resisting integration into India. Reportedly, they targeted everyone whose loyalty was in question.

Jr NTR has been receiving immense love and appreciation for his outstanding performance in his last film ‘RRR’ and it is no surprise that he is being sought by the ruling party. Moreover, BJP has been trying to increase its presence in the Telugu states and Jr NTR’s popularity can help its aspirations.

According to a report in Koi Moi, Jr NTR is yet to give a nod to the film. Furthermore, celebrated director SS Rajamouli’s father V Vijayendra Prasad will be writing the script of the film.

An official confirmation on the same is yet to be made.