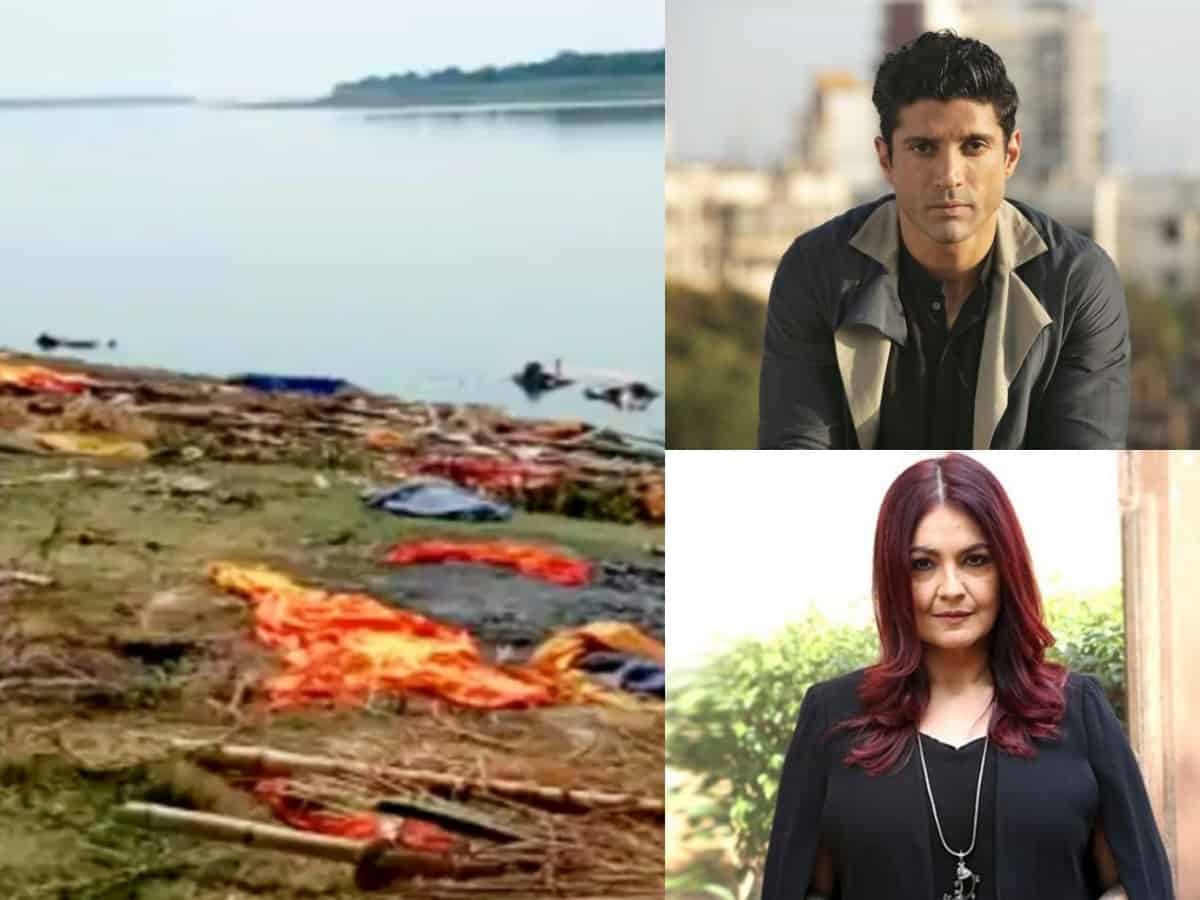 Mumbai: With more dead bodies found floating in the Ganga amid the ongoing second wave of the COVID-19 pandemic, Bollywood celebrities took to social media to express shock and condemn the horrific incidents.

Actor-filmmaker Farhan Akhtar tweeted on Wednesday: “The news of scores of bodies being discovered floating in rivers and washed up on its banks is absolutely heartbreaking. The virus will be defeated someday but there has to be accountability for these failures in the system. Until then, the pandemic chapter is not closed!”

Actress-filmmaker Pooja Bhatt wrote: “You can fudge the data.. how do you hide the bodies? This will haunt us for generations to come.”

Reacting to a news piece talking about the same, actor-comedian Jaaved Jaaferi wrote: “This is tragic and horrific.”

On Monday, around 45 dead bodies in a decomposed stage were found on the banks of the Ganga in Buxar district, and the district administration claimed the bodies were from the upstream districts of Ghazipur, Varanasi or Prayagraj in Uttar Pradesh.

After Bihar’s Buxar, around two dozen bodies have been found on the banks of the Ganga at adjoining Ghazipur district of Uttar Pradesh, some of which have been partially cremated and then thrown into the river.