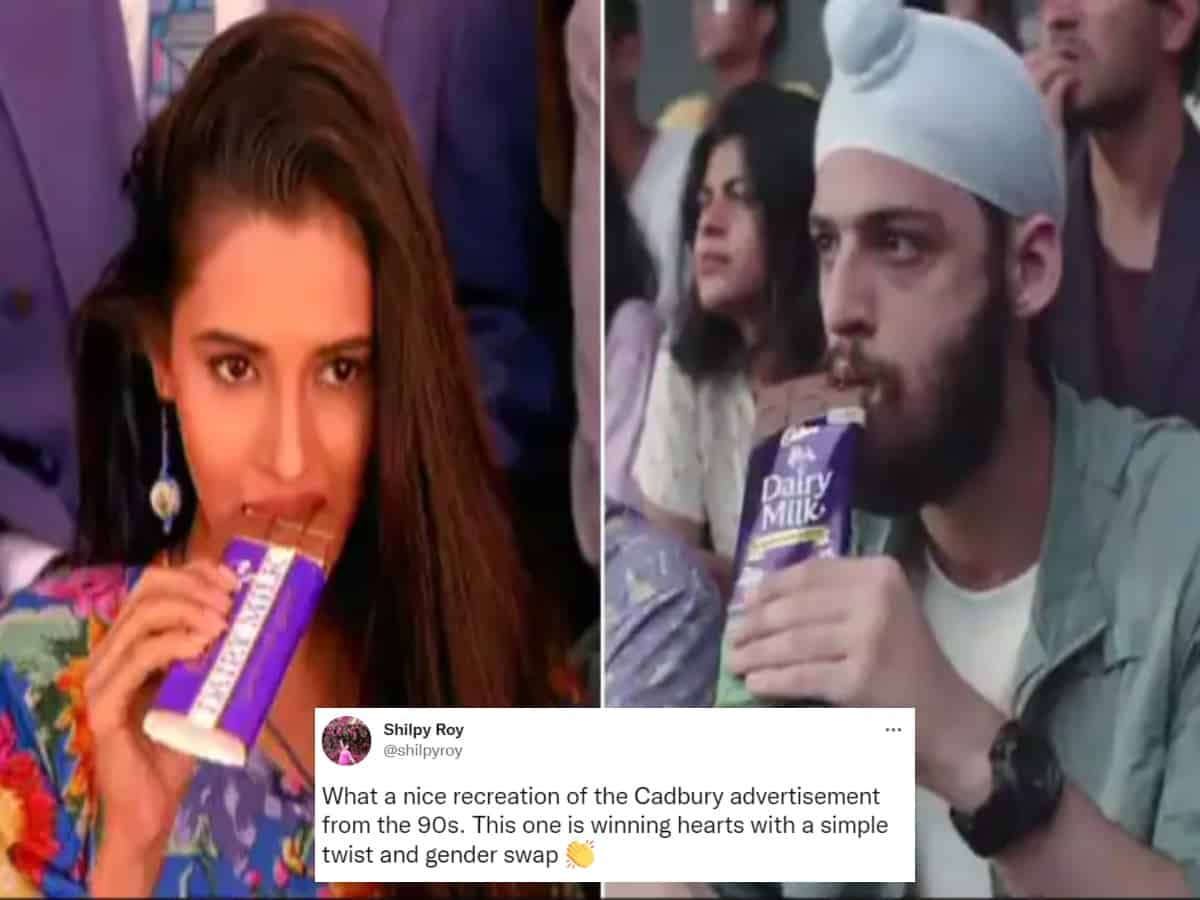 Mumbai: Cadbury, in 90s, released a commercial in which a girl seen dancing on the cricket pitch to celebrate her boyfriend’s century. And now, almost three decades later, the confectionary giant has revamped the vintage ad but with a gender reversal twist.

In the OG version, a girl ate a bar of Cadbury Dairy Milk while watching a cricket match. She ran onto the cricket field and broke into a celebratory dance when the batsman, presumably her boyfriend, scored a century by hitting a six.

Now, in the recreated version, a man does a celebratory dance on the cricket field after dodging a security guard when her girlfriend hits a six to score a century. The two followed it up with the hug in the end, with the brand’s tagline “asli swaad zindagi ka”, this time with the hashtag #GoodLuckGirls.

For the new ad, the caption reads: “Join Cadbury Dairy Milk in celebrating and cheering for our girls who are making spectacular success stories and emerging as powerful role models for the youth”.

The original jingle ‘Kuch Khaas Hai’ evoked nostalgia and reactions from various quarters and netizens are simply loving how the commercial breaks gender stereotypes. See some of the reactions below: