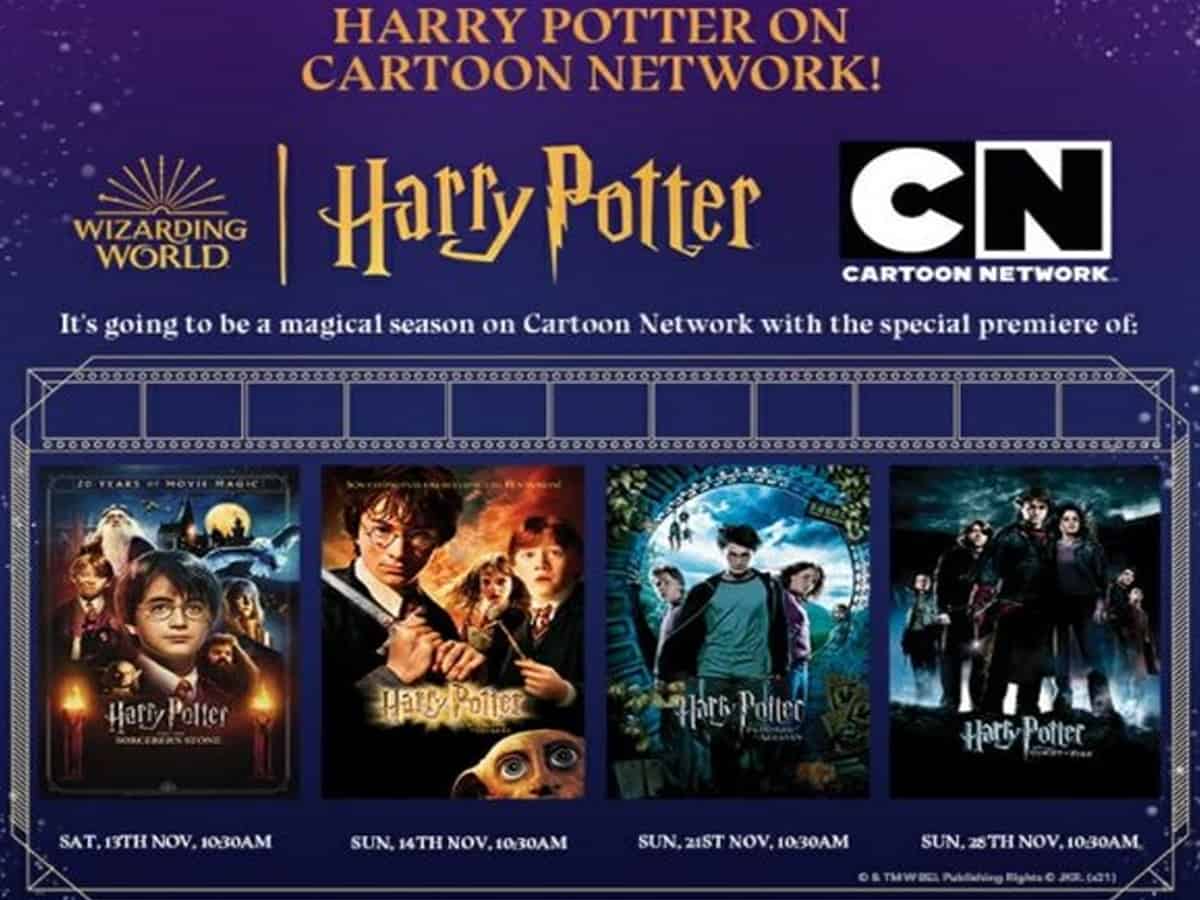 Mumbai: Fans can relive the nostalgia of their much-loved ‘Harry Potter’ fantasy series to celebrate 20 glorious years of the drama; Cartoon Network will premiere all the ‘Harry Potter’ movies, every weekend in November and in January.

Break out your wands and ready your best charms and potions as Cartoon Network brings to you the spellbinding adventures of ‘Harry Potter’.

Siddhant weighs in on the ‘insider vs outsider’ debate

Abhishek Dutta, South Asia Network Head for Cartoon Network and companion channel POGO, said, “We are thrilled to extend the festive celebrations by bringing one of the world’s most beloved and magical tales to Cartoon Network in India. Harry Potter and his journey are one of enchantment and wonder and the movie series will be a treat for all our young fans and their families.”

Here are the dates to follow the amazing tale of ‘The Boy Who Lived’ and his battles against Voldemort:

Harry Potter is a series of seven fantasy novels written by British author J.K. Rowling. The novels chronicle the lives of a young wizard, Harry Potter (played by Daniel Radcliffe), and his friends Hermione Granger (Emma Watson) and Ron Weasley (Rupert Grint), all of whom are students at Hogwarts School of Witchcraft and Wizardry.

The main story arc concerns Harry’s struggle against Lord Voldemort (Ralph Fiennes), a dark wizard who intends to become immortal,overthrow the wizard governing body known as the Ministry of Magic, and subjugate all wizards and Muggles (non-magical people).