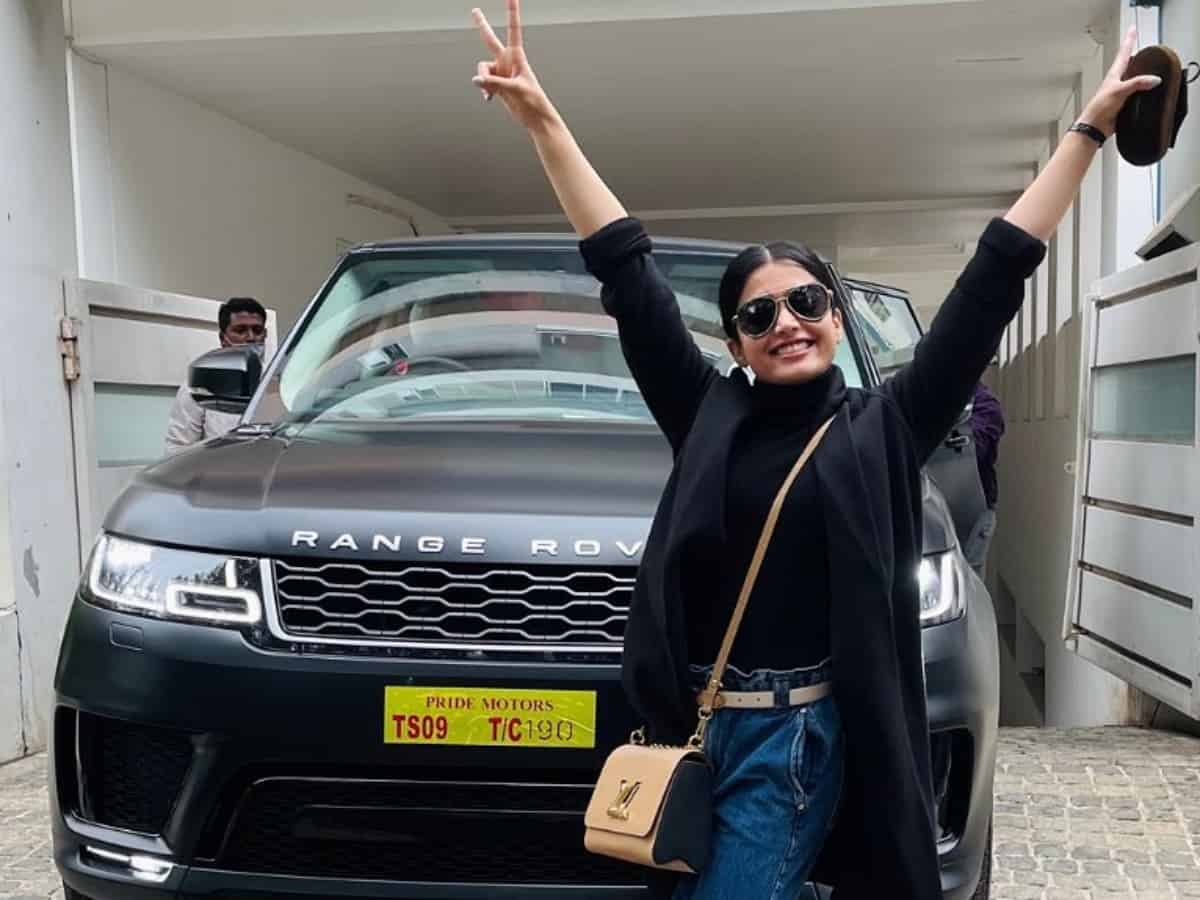 Mumbai: One of the most celebrated and highest-paid actors down Rashmika Mandanna has carved a niche for herself in the film industry. She is one of the sought after actress in the Telugu and Kannada cinema and has been winning millions of hearts with her powerful yet sweet onscreen persona.

Rashmika Mandanna has earned a massive fan following in such a short period. The young and talented actress made her acting debut with Kirrik Party in 2014 which became one of the biggest milestones in Kannada cinema. Later, she made an interesting Tollywood debut with Chalo that co-starred Naga Shourya. Since then there has been no looking back for Rashmika Mandanna. Now she is all set to make her Bollywood debut with Mission Majnu opposite Siddharth Malhotra.

As the beautiful actress is celebrating her 25th birthday today, let’s have a look at her massive net worth and all super luxurious cars she owns.

According to reports from various media portals, actor Rashmika Mandanna’s net worth is $ 3 million. She is one of the highest-paid actors in the south Indian film industry and charges a heavy sum for each film. She reportedly charges Rs 65 lakhs for each film.

Apart from that, she gets paid for brand endorsement and by doing events. Her charismatic approach and effortless connection with viewers across the nation is something that makes attract top brands to her.

The ‘Geeta Govindam‘ actress is one of the actress who have all the latest and luxurious rides in their garage and loves to flaunt them whenever they step out. From Range Rover SUV to Audi Q3, Rashmika Mandanna has an array of swanky rides in her garage.

In 2017, Rashmika bought Audi Q3 which is probably Rashmika’s first expensive purchase after becoming an actress. Audi Q3’s price starts at Rs 34.97 lakh and goes up to Rs 43.61 lakh.

Apart from all the swanky rides, Rashmika also owns Toyota Innova, which costs approx of Rs 17 lakh in India, and Hyundai Creta.

What are her next projects?

Rashmika Mandanna is also one of the busiest actors today with multiple films lined up for release. Apart from Mission Majnu, she has also signed Goodbye with Amitabh Bachchan. The film is touted to be a slice of life story which revolves around a funeral.