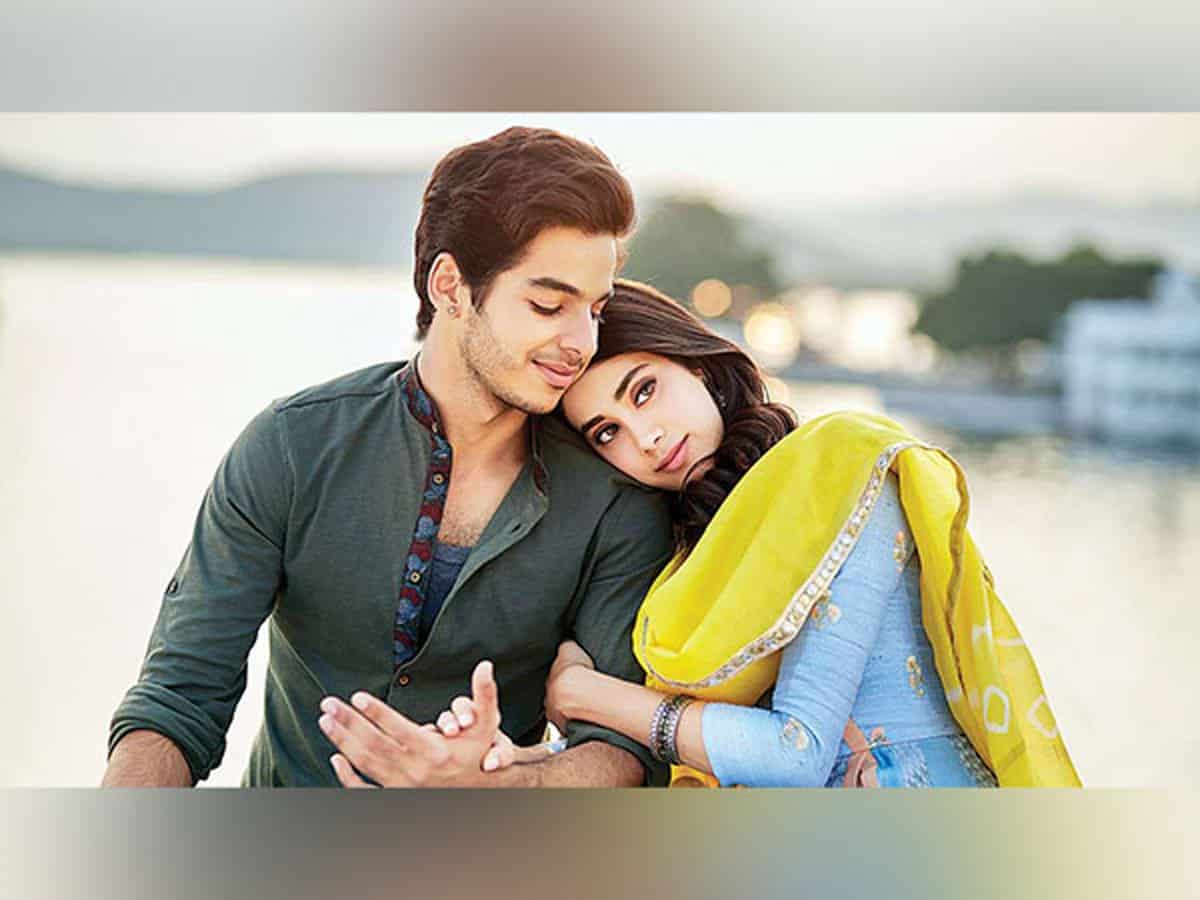 Mumbai : Karan Johar prepared a bunch of saucy questions for the ‘Phone Bhoot’ star cast, Katrina Kaif, Ishaan Khatter and Siddhant Chaturvedi, as they appeared in the tenth episode of the show on Thursday.

The season’s first trio, the three turn up the heat as they discuss bromance, love interests, and the concept of suhaag raat. Chronicling fun with a side serving of charisma, the trio captures hearts and laughter with panache.

One fun bit from Ishaan’s rapid-fire, however, has been one of the highlights of the fun episode. In the rapid-fire round, Karan asked: Last time you were on Koffee with Karan, you said Janhvi’s number was saved on your phone as ‘Are those potatoes’
Ishaan replied, Yeah.

Karan continued, “What is it now?”

The name made his co-stars Katrina and Siddhant burst into laughter.

In the episode, Ishaan also spilled the beans about his relationship status and revealed his bond with Ananya Panday after breakup.

Find out the only person whose “burps” Sonam Kapoor finds cute

He also shared that he hopes to continue his friendship with Ananya. He said, “Yeah, I mean, I would hope to have her as a friend for the rest of my life. She is one of the most wonderful people I have known. She is a sweetheart, she really is. Anyone who has met her would say this. She genuinely is a sweetheart. And all pulpy questions aside, she is someone who is very dear to me and will always remain so.”

Ishaan and Janhvi made their Bollywood debuts with ‘Dhadak’, which is the remake of Marathi hit ‘Sairat’.
The duo were spotted together at several occasions before and after the release of their movie. From being co-stars, gym buddies to rumours of them dating each other. However, they never made their relationship official.

Reportedly they dated each other but broke up soon after, share a cordial relationship.

In a recent interview with RJ Siddharth Kanan, Janhvi talked about her current equation with Ishaan.

“I think we are both busy now but every time we meet, there is that warmth. Rangsaari, the song that came out from Jugg Jugg Jeeyo, that song was supposed to be in Dhadak. So every time we’d shoot montages for Dhadak, we’d play that song. When it came out, both of us felt like this was our song and it made us feel so much. We texted each other, ‘Did you see it?’ It felt kind of funny,” she shared.

When asked if she’s still in touch with Ishaan, Janhvi said that even though they don’t talk as often as they used to, they meet each other warmly.

The ‘Phone Bhoot’ stars did open up a lot about their personal lives and the show, was, overall, quite an entertaining watch.

Meanwhile, on the work front, apart from ‘Phone Bhoot’, Ishaan will also be seen in a period war action film ‘Pippa’ alongside Mrunal Thakur, which is all set to hit the theatres on December 2, 2022.