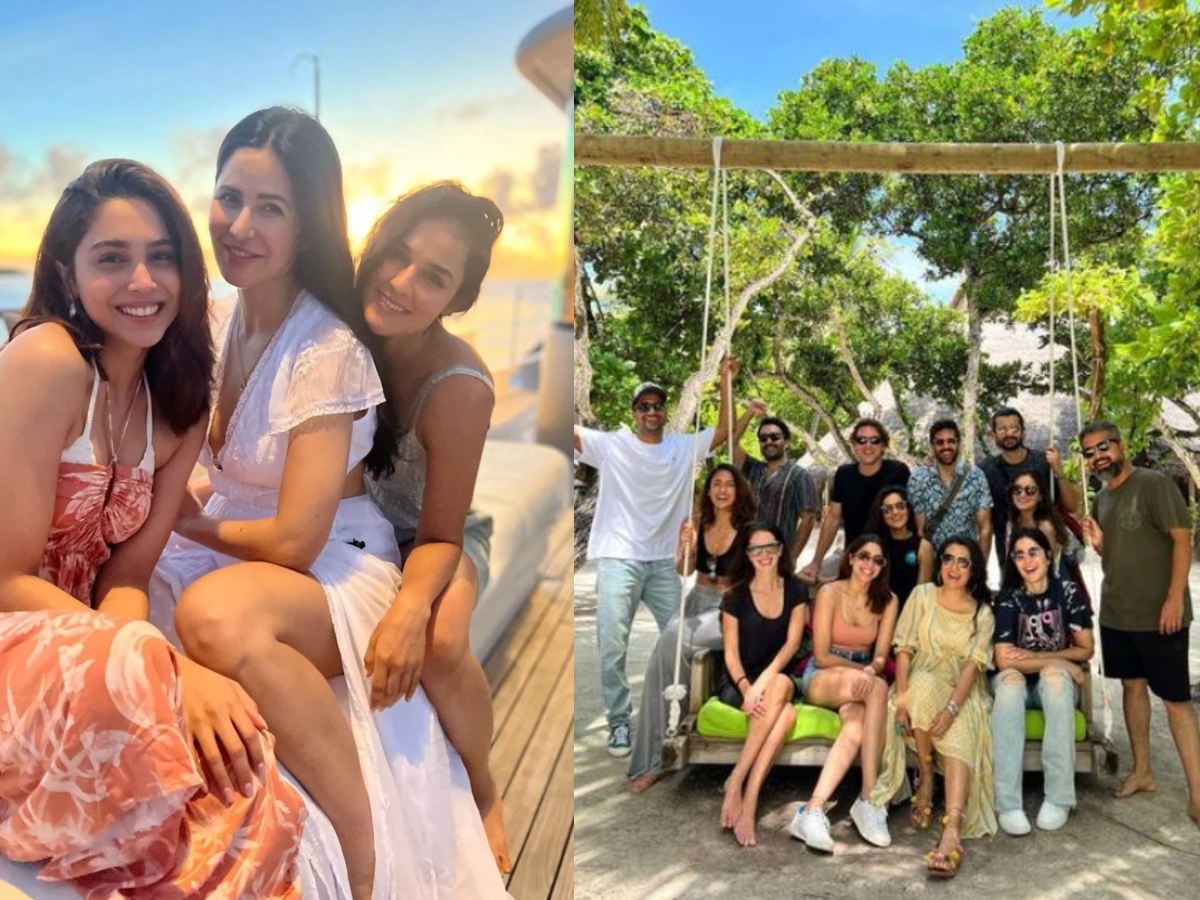 Mumbai: Actor Sharvari Wagh, who was a part of Vicky Kaushal and Katrina Kaif’s Maldives’ ‘squad’, has shared new photos from the trip and it sure looks like the bunch had a blast on the island nation.

She took to her Instagram to share a carousel of photos featuring Vicky Kaushal, Katrina Kaif, Sunny Kaushal, Kabir Khan and wife Mini Mathur, Anand Tiwari and wife Angira, Ileana D’Cruz, Isabelle Kaif and others. She captioned the post, “We made sure there was enough shor on the shore!!” Check out the pictures:

Mini Mathur shared a picture with the girls from the trip and captioned it, “islanders”.nKatrina Kaif’s sister and actor Isabelle Kaif also shared the same photo and wrote, “island girls on an island boat doing island things”.

On the work front, Vicky Kaushal will be seen in ‘Govinda Naam Mera’ alongside Bhumi Pednekar and Kiara Advani. He will also be seen opposite Sara Ali Khan in Laxman Utekar’s untitled. Apart from these two, he also has Anand Tiwari’s untitled film with Triptii Dimri and Meghna Gulzar’s ‘Sam Bahadur’, co-starring Sanya Malhotra and Fatima Sana Sheikh in the line. ‘Sam Bahadur’ is a biopic on Field Marshal Sam Manekshaw.

Katrina Kaif, on the other hand, will next be seen in ‘Phone Bhoot’ alongside Siddhant Chaturvedi and Ishaan Khatter. She will also be seen sharing screen space with Vijay Sethupathi in ‘Merry Christmas’. The upcoming film is being helmed by Sriram Raghavan. She also has ‘Tiger 3’ with Salman Khan in her kitty.

Speaking about Sharvari, she will next be seen in Yash Raj Films’ ‘Maharaja’. If reports are to be believed, she will be sharing the screen with Aamir Khan’s son Junaid Khan. No official announcement has been made regarding the film’s male lead by the makers yet.