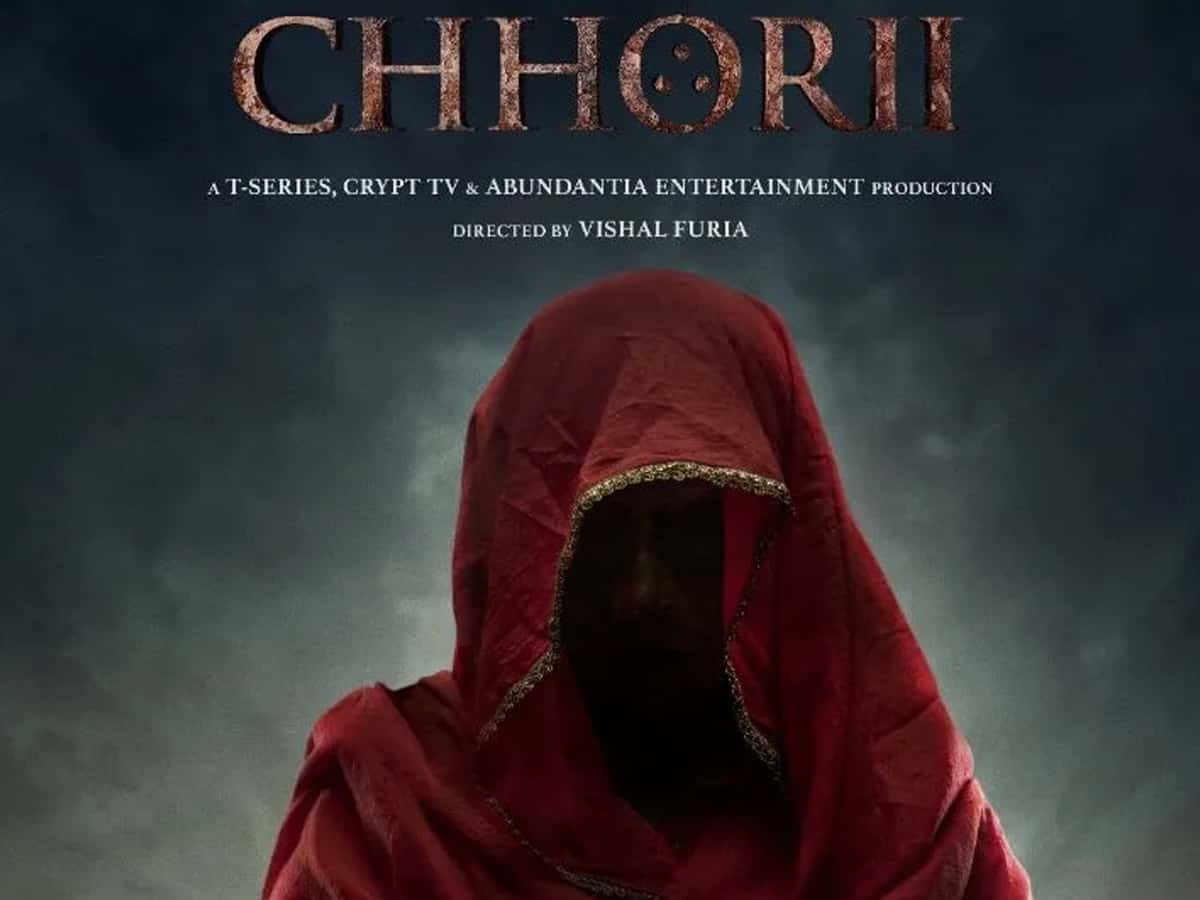 Mumbai: Actor Nushrratt Bharuccha says she was moved by the message of her upcoming film “Chhorii” because it uses horror as a narrative device to drive home a larger point without being “preachy”.

Produced by T-Series, Jack Davis’ Crypt TV, and Abundantia Entertainment, “Chhorii” is the remake of the critically-acclaimed 2017 Marathi horror “Lapachhapi”.

Filmmaker Vishal Furia, who directed the original, has helmed the Hindi remake.

In the film, Bharuccha plays an eight-month pregnant woman Sakshi, who, along with her husband, is forced to seek shelter in an isolated house in a secluded village where she experiences events involving paranormal activity.

As an actor, Bharuccha said, she wants her film choices to be a reflection of what she stands for.

“It is not just a horror film, it is a responsible horror film. That’s what Jack does with his films at Crypt TV – they have a way of communicating a deeper, social evil, something we should take cognisance of and bring a change.

“That’s what the film stands for, what stayed with me. I am in the public eye, I cannot not be responsible that there are a lot of people being influenced by me and I better have the right influence on them,” the actor told PTI in an interview.

When Bharuccha was first offered the film, what caught her attention was not only what the film intended to say but also the approach they took, she said.

“One of the things I spoke to Jack about was the narratives we choose as filmmakers to tell things that are wrong in our world. We could make a preachy film, and tell people to follow that. But it might not affect them or stay with them. It might not even consciously stir them to make that change in their lives.

Relive the Magic: Harry Potter and the cast set to ‘Return to Hogwarts’

“Why don’t we do an out-and-out comedy film but tell them something important? Why don’t we use horror as a narrative to scare the wits out of them about something that will lead them to bring a change in their lives?” she asked.

“Chhorii” is scheduled to be released on Amazon Prime Video on November 26. The film essentially chronicles Sakshi’s battle with mysterious evil forces, who are after her and her unborn child.

“Chhorri” takes a deep dive into the struggle of a woman trying to save her unborn baby as her sanity is affected by the sights of three mysterious kids and a charred monster.

Bharuccha said the director asked her to watch the original film to get an idea about what the project would demand from her as an artiste, but the 36-year-old actor said she didn’t want to limit her performance to that of the Marathi film.

“I was told to watch the film so that I understand the project, to mentally prepare myself for the physical and emotional stress or hardships I will have to go through. He wanted me to choose the film knowing that, so that I know what is going to happen and to be willing to put myself through the fire.

“I told him that I am ready to go through that, but don’t make me watch the film as I didn’t want to pre-empt it. Sakshi doesn’t know what is going to happen to her next, and I wanted to retain that when I performed. Fear is an instinctive reaction, you can’t replicate it. So I didn’t want an image of another film, its reactions, because then I won’t be able to bring out something intrinsically new which is mine,” she added.

Bharuccha said she hopes “Chhorii” is able to break the horror template Hindi films are relegated to as she believes the upcoming movie truly tries to rise above the trappings of the genre.

“I have watched a lot of horror films but they have all been Hollywood movies which is why I hope we are able to bring forth a different narrative of horror… The reason (why) we haven’t made great horror films is because we are stuck in a similar sort of horror telling space. We have not dwelled into the unknown,” she said.

Mita Vashisht, Rajesh Jais, Saurabh Goyal, and Yaanea Bharadwaj also round out the cast of the movie.