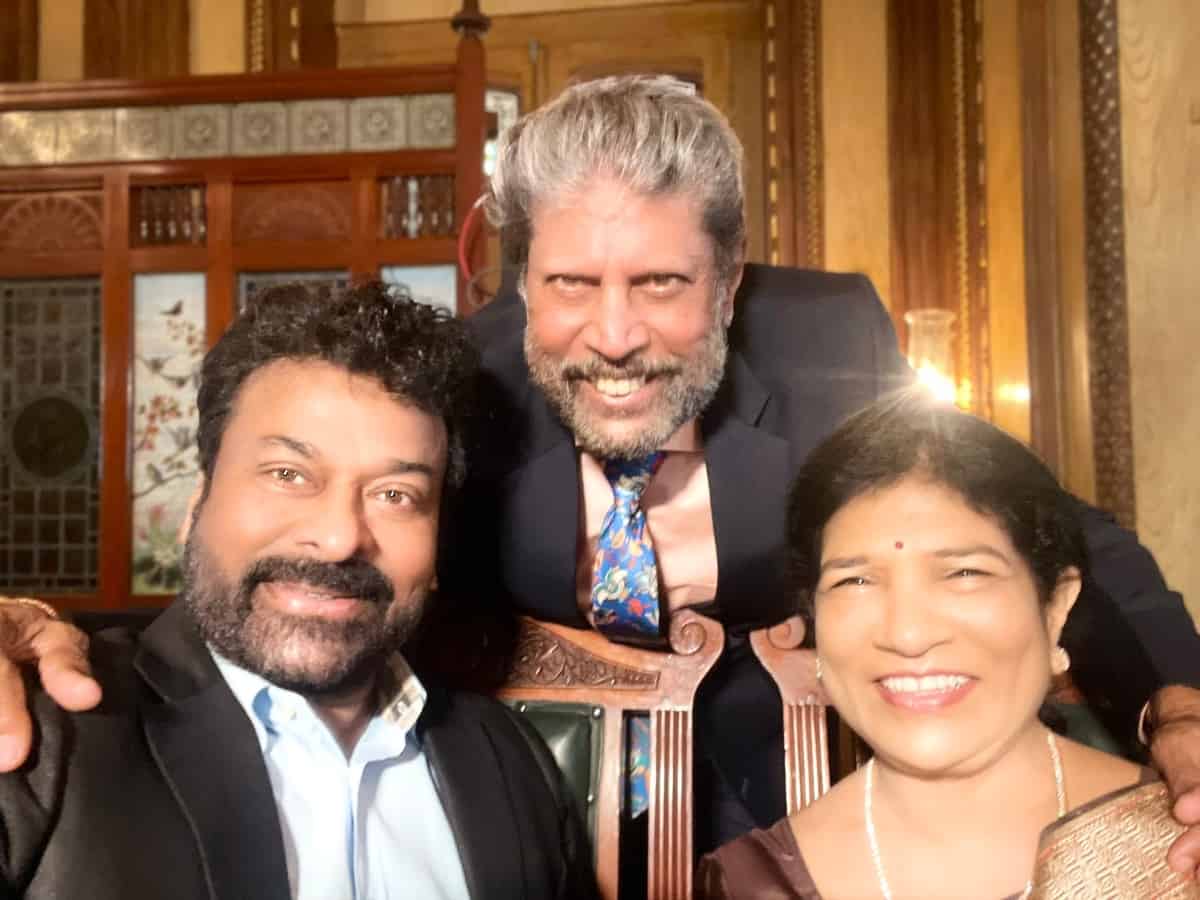 The two friends met after a long time and can be seen smiling in all the pictures. They also recalled old memories and travelled back in time.

Chiranjeevi, who has been shooting for the Telugu remake of Lucifer with Mohan Raja, took to Twitter on Sunday, August 29, to share pictures of himself with Kapil Dev at a dinner party in Hyderabad. In the photos, the Godfather actor can be seen smiling for the camera with his wife Surekha and friend Kapil Dev. Chiranjeevi also revealed that he was happy to meet his friend after a long time and together they fondly recalled old memories.

Sharing the pictures, Chiranjeevi wrote, “Wonderful meeting my old friend @therealkapildev after a long time. The exquisite #FalaknumaPalace setting made it even more special. Travelled back in time at multiple levels & Fondly recalled old memories.He is very much the #HaryanaHurricane who won us our #FirstWorldCup (sic).”

On the work front, Chiranjeevi recently wrapped up Koratala Siva’s Acharya. The film stars Kajal Aggarwal as the female lead with Ram Charan and Pooja Hegde in extended cameos.