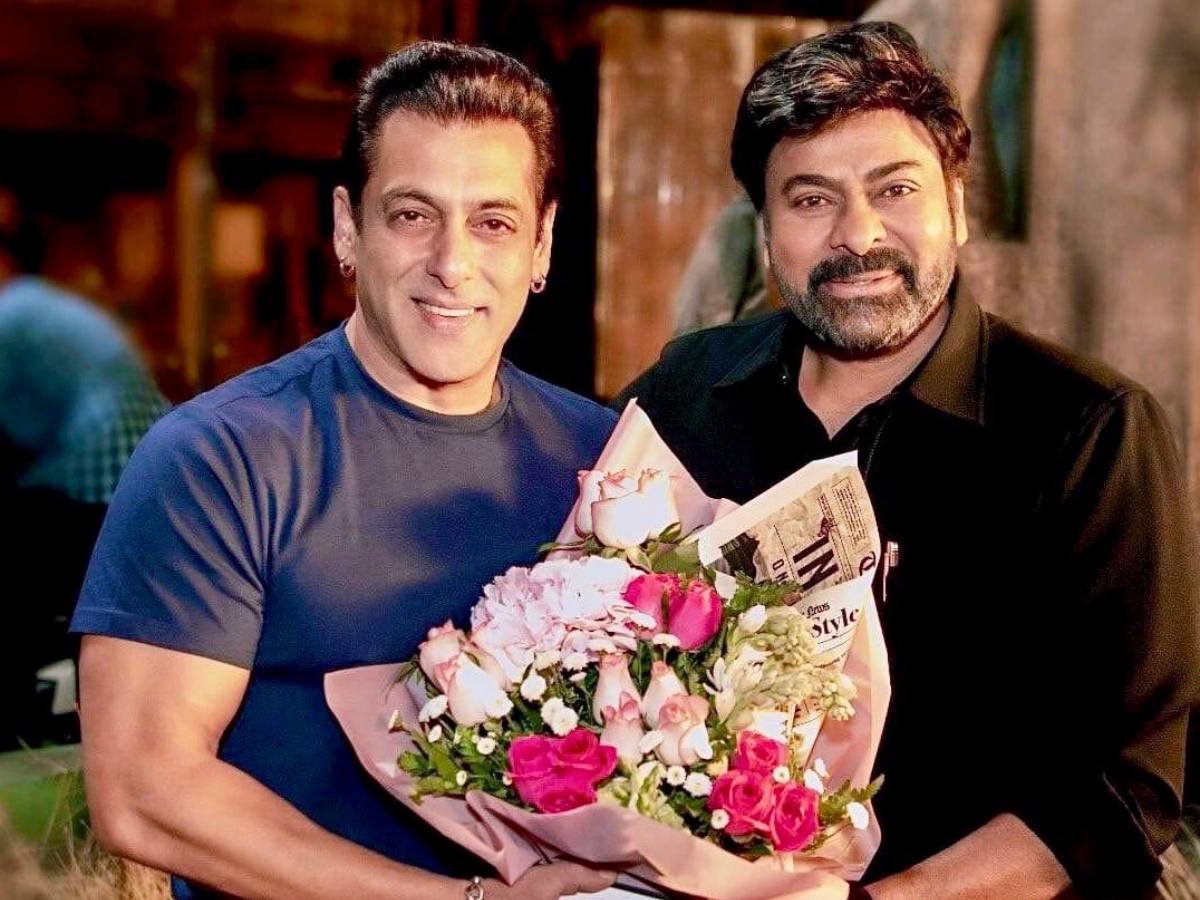 Hyderabad: Despite the disputable North-South debate, actors from both the entertainment industries have shared a special relationship with each other for a long time now. One beautiful friendship that is known to all is that of Salman Khan and Chiranjeevi. They both have been reigning in their respective fields for decades and maintained a bond throughout.

In fact just a few months back, their fans got an exciting piece of news that they are going to collaborate for a Tollywood film called ‘Godfather’. Salman Khan is going to have a cameo in the film which stars Chiranjeevi in a pivotal role. However, not everyone knows that Chiranjeevi had offered Salman Khan a whopping Rs. 20 crores for that cameo appearance.

According to a report in Koimoi, when Chiranjeevi had signed ‘Godfather’, he could only think of Salman Khan for the cameo and within one phone call Salman Khan was on board. However, when the makers of the film offered his Rs. 20 crores, Salman got offended and threatened to back out if they insisted on paying him.

A source close to the development revealed to the portal, “Chiranjeevi’s producers wanted to pay Salman Rs. 15-20 crore for his guest appearance in Godfather. But Salman was adamant. He told Chiranjeevi he wouldn’t do the cameo if they insisted on paying him. Salman’s words to Chiranjeevi were, ‘If I was to ask you to do a role in my film would you charge for it?’ The question left Chiranjeevi moved and speechless.”

Meanwhile, apart from ‘Godfather’, Salman Khan has ‘Kabhi Eid Kabhi Diwali’, ‘Tiger 3’, ‘Ved Bhau’, and ‘Pathaan’ in his kitty. Chiranjeevi, on the other hand, has ‘Waltair Veerayya’ and ‘Bhola Shankar’.