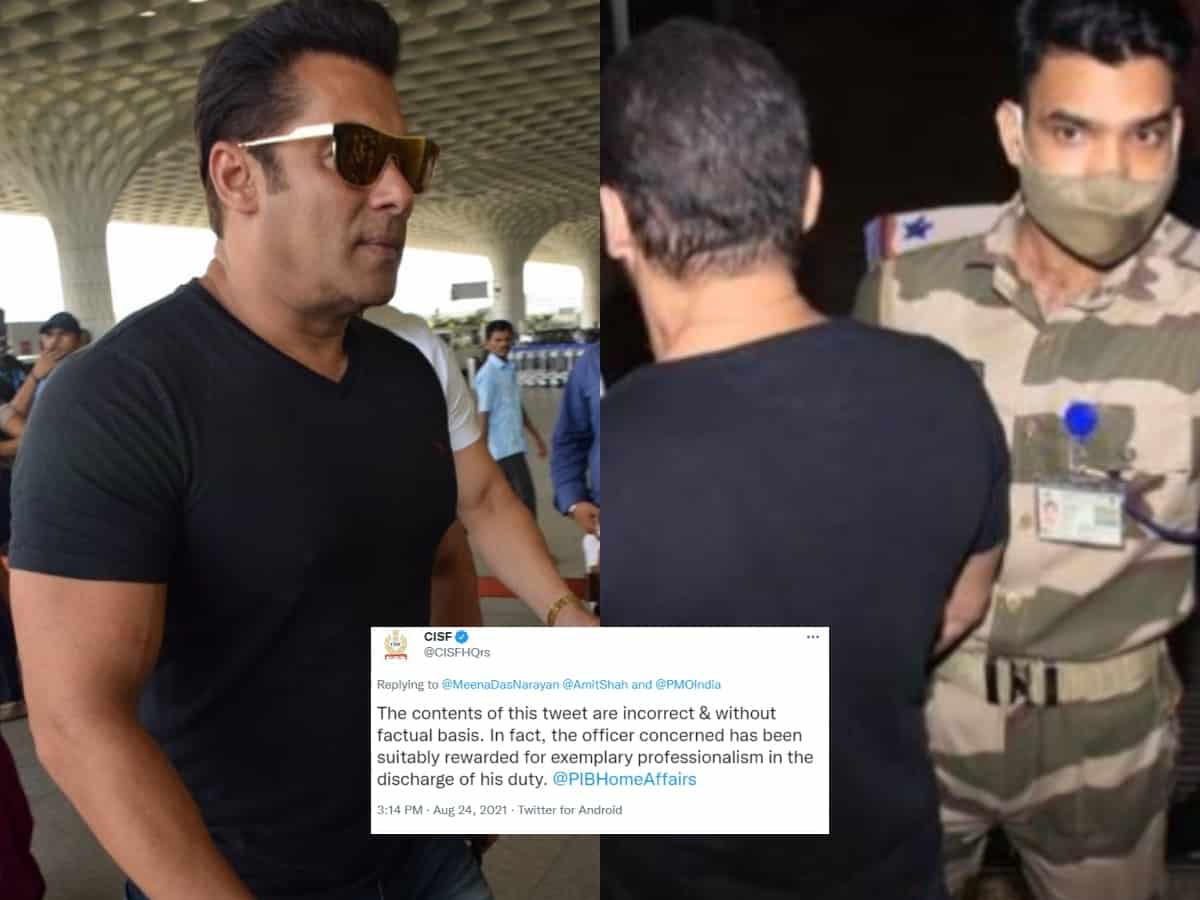 Mumbai: The Central Industrial Security Force on Wednesday clarified that the officer who recently made headlines for stopping actor Salman Khan to follow security protocol at the Mumbai airport, has not been reprimanded. Taking to Twitter, CISF quashed all the rumours and said that officer was ‘suitably rewarded for exemplary professionalism’.

The tweet read: “The contents of this tweet are incorrect & without factual basis. In fact, the officer concerned has been suitably rewarded for exemplary professionalism in the discharge of his duty. @PIBHomeAffairs.”

For the unversed, the video clip that went crazy viral on social media last week, showed Salman Khan arriving at the Mumbai airport to travel to Russia, where he is currently shooting for his upcoming film Tiger 3.

While Salman managed to evade to evade fans and paparazzi crowding around him to reach the entrance of the airport, the CISF officer in question stopped him and asked for him to first get clearance from the security checkpoint.

Netizens were impressed with the way in which Salman Khan was stopped at the airport and was subjected to the required security check and hailed the officer for the same.

While fans lauded his professionalism, yesterday there were a reports which claimed that that his phone had been seized to prevent him from talking to the media about the incident that took place at the airport. However, CISF rubbished the fake news and said that the officer was rewarded but not penalised.