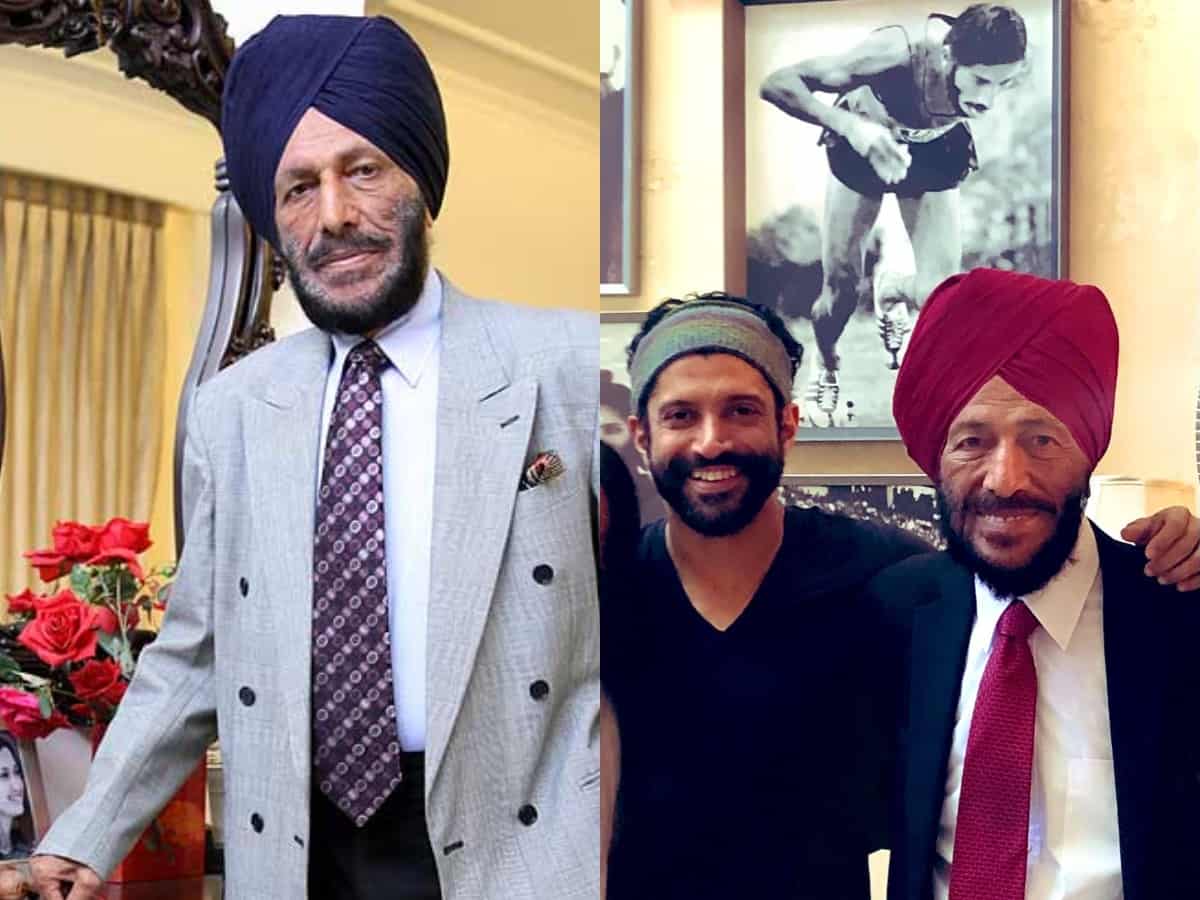 New Delhi: Several celebrities across sports, film and political fraternity on Saturday poured in condolences for the death of Indian legendary sprinter Milkha Singh. 91-year-old Singh passed away at 11:30 pm on late Friday in Chandigarh due to post-Covid complications.

Among several people who expressed grief is Prime Minister Narendra Modi, who said: “In the passing away of Shri Milkha Singh Ji, we have lost a colossal sportsperson, who captured the nation’s imagination and had a special place in the hearts of countless Indians.” He shared his anguish by recollecting their last conversation.

The sport fraternity, including several sprinters, cricketers and commentators, fondly remembered his legacy. In a statement, the Athletics Federation of India said: “A Titan who lifted the profile of athletics in a young nation, his sharp observations on Indian sport will be missed. His towering legacy will continue to inspire generations of young Indians. Rest in peace legend.”

The union ministry of youth affairs and sports (MYAS) said that they are deeply saddened by the demise of Milkha Singh. “The nation has lost a precious jewel of Indian sports,today. His life journey will continue inspiring generations to come. Our sincere condolences to his family and admirers,” the ministry mentioned in its official Twitter handle.

Taking to his social media, Farhan Akhtar wrote: “Dearest Milkha ji, A part of me is still refusing to accept that you are no more. Maybe it’s the stubborn side I inherited from you.. the side that when it sets its mind on something, just never gives up. And the truth is that you will always be alive. Because you were more than a large-hearted, loving, warm, down to earth man. You represented an idea. You represented a dream. You represented (to use your own words) how hard work, honesty and determination can lift a person off his knees and get him to touch the sky.”

He further added, “You have touched all our lives. For those who knew you as a father and a friend, it was a blessing. For those who didn’t, your story was as a constant source of inspiration and a reminder of humility in success. I love you with all my heart .”

Born in 1929 in Govindpura a village close to Punjab province, British India, Milkha moved to Delhi in 1947 during partition before he announced himself on the big stage to earn the name of “The Flying Sikh”.

Milkha was orphaned during the partition (1947) and was introduced to the sport while serving in the Indian Army. It was his stint with the Indian Army which helped sharpen his running skills.

Young Milkha first hogged the limelight when he outperformed 394 soldiers in a race and was selected for further grooming and training. That eventually laid the base for him to become a legendary sprinter.

Milkha represented India at the 1956 Olympics in Melbourne, the 1960 Olympics in Rome, and the 1964 Olympics in Tokyo. He was the first Indian athlete to claim a gold medal in the individual athletics category at the Commonwealth Games before the sprinter’s record was broken in 2010.

Milkha, who is regarded as one of the world’s greatest athletes, defeated Pakistan sprinter Abdul Khaliq in a 200-Metres race to win a gold medal in Tokyo Asian Games. Khaliq was the fastest man in Asia in 1958 and after Milkha defeated him, the Indian sprinter was given the title of “The Flying Sikh”.