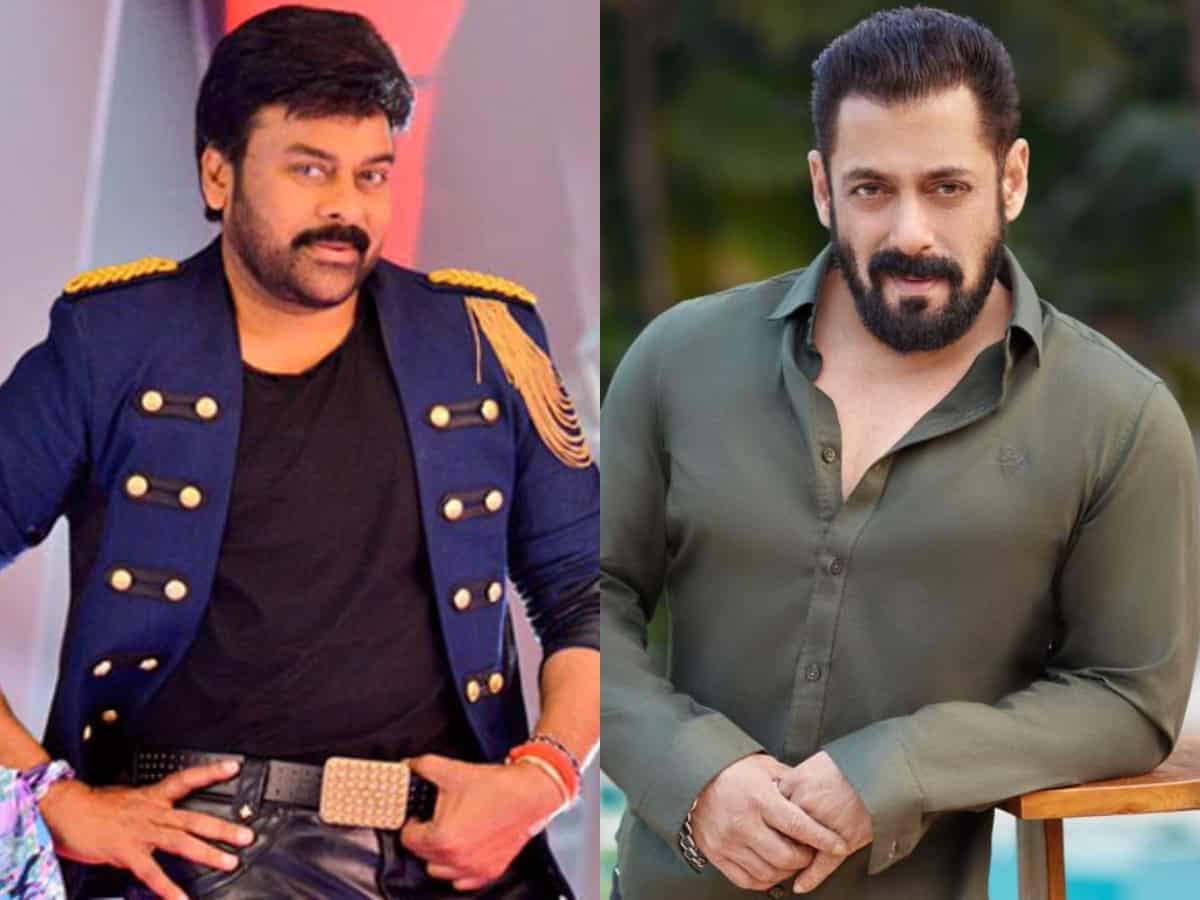 Mumbai: Salman Khan and Chiranjeevi’s camaraderie is known to all. The two share a very close and cordial bond so much so that on Chiranjeevi’s 60th birthday, Salman flew down to Hyderabad in a private jet to attend his bash as a surprise.

Recently, there was a huge buzz in the industry that the two big stars are all set to share screen space for the first time which left fans excited. However, there was no confirmation regarding the same.

Now, Filmfare and Bollywood Hungama have reported that Salman Khan will be a part of Chiranjeevi upcoming movie ‘GodFather’. Directed by Mohan Raja, it is the remake of the Malayalam hit, Lucifer. Salman will be seen performing a long action sequence with Chiranjeevi in the movie.

The official announcement from the actors and the makers is still awaited.

On the other hand, Salman Khan was last seen in Radhe: Your Most Wanted Bhai which was released on Eid in May. He has Antim and Tiger 3 in kitty. Salman will also play cameo in Shah Rukh Khan’s much-awaited upcoming film Pathan which also stars Deepika Padukone and John Abraham in the lead roles.