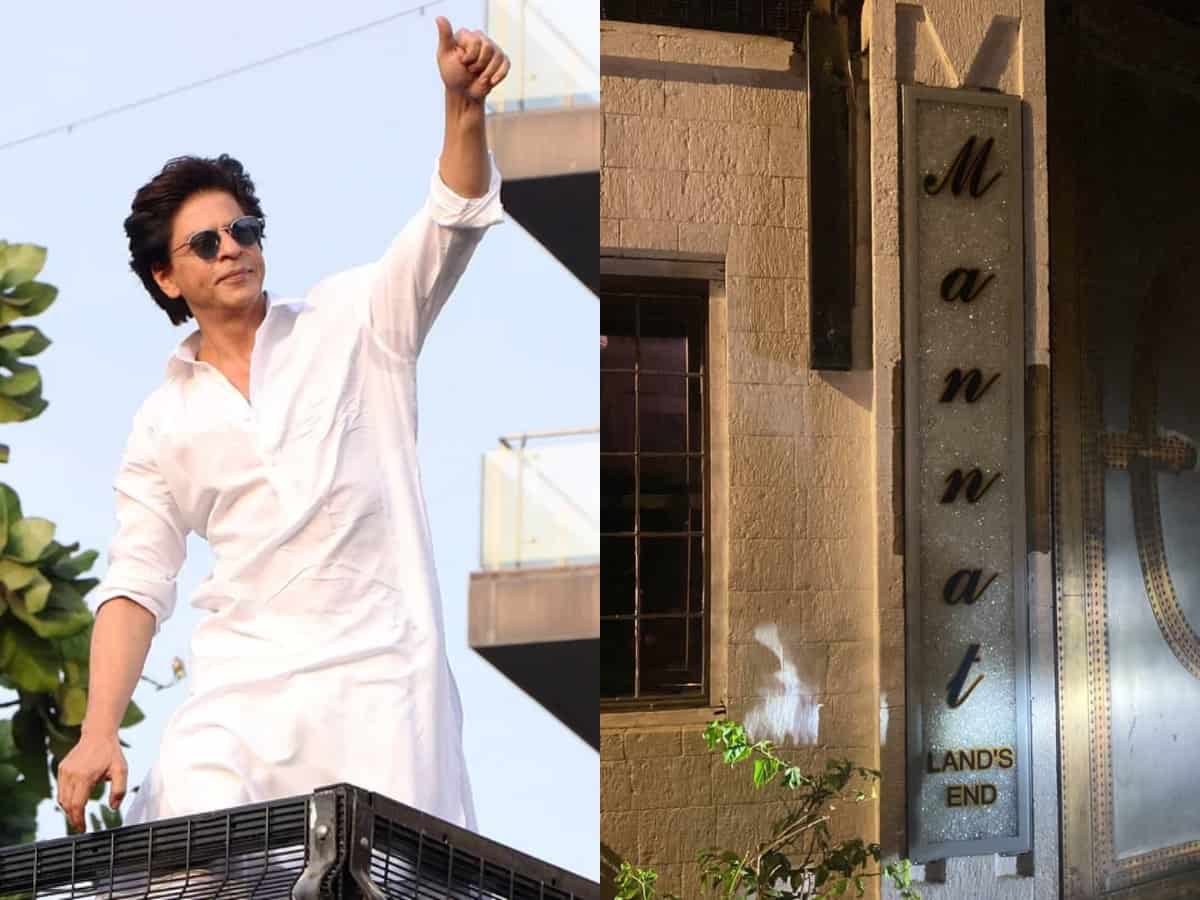 Mumbai: Bollywood superstar Shah Rukh Khan’s palatial Mumbai home ‘Mannat’ has been hogging all limelight since past few days. It trended on Twitter after the pictures of the changed nameplate went viral on internet. His luxurious abode soon became the hot topic of discussion soon after before and after photos showing the evolution of his house surfaced online.

However, do you the whooping price of the new nameplate ? Well, it reportedly costs in lakhs. Yes, you read that right! According to Bollywood.Life, the upgraded nameplate outside SRK’s home that reads ‘Mannat Land’s End’, has been designed by Gauri Khan. The cost is apparently between Rs 20-25 lakh.

“The cost of that nameplate is around 20- 25 lakhs as Gauri wanted something classy to suit the standard of the Khan family. And this nameplate reflects the classic choice of Mrs. Khan,” a source informed the newsportal.

Speaking more about Mannat, it is located in Mumbai‘s Bandstand neighbourhood. The swanky sea-facing bungalow has always been a topic of interest for his fans. It is estimated to be worth approximately Rs 200 crore. The six-storey lavish building boasts of having multiple bedrooms, living areas, a gymnasium, a library, a personal auditorium and much more.

It was in 1997 when the superstar had his heart on ‘Villa Vienna’, the original name of Mannat. After a long struggle and wait, King Khan finally bought his dream home in 2001.