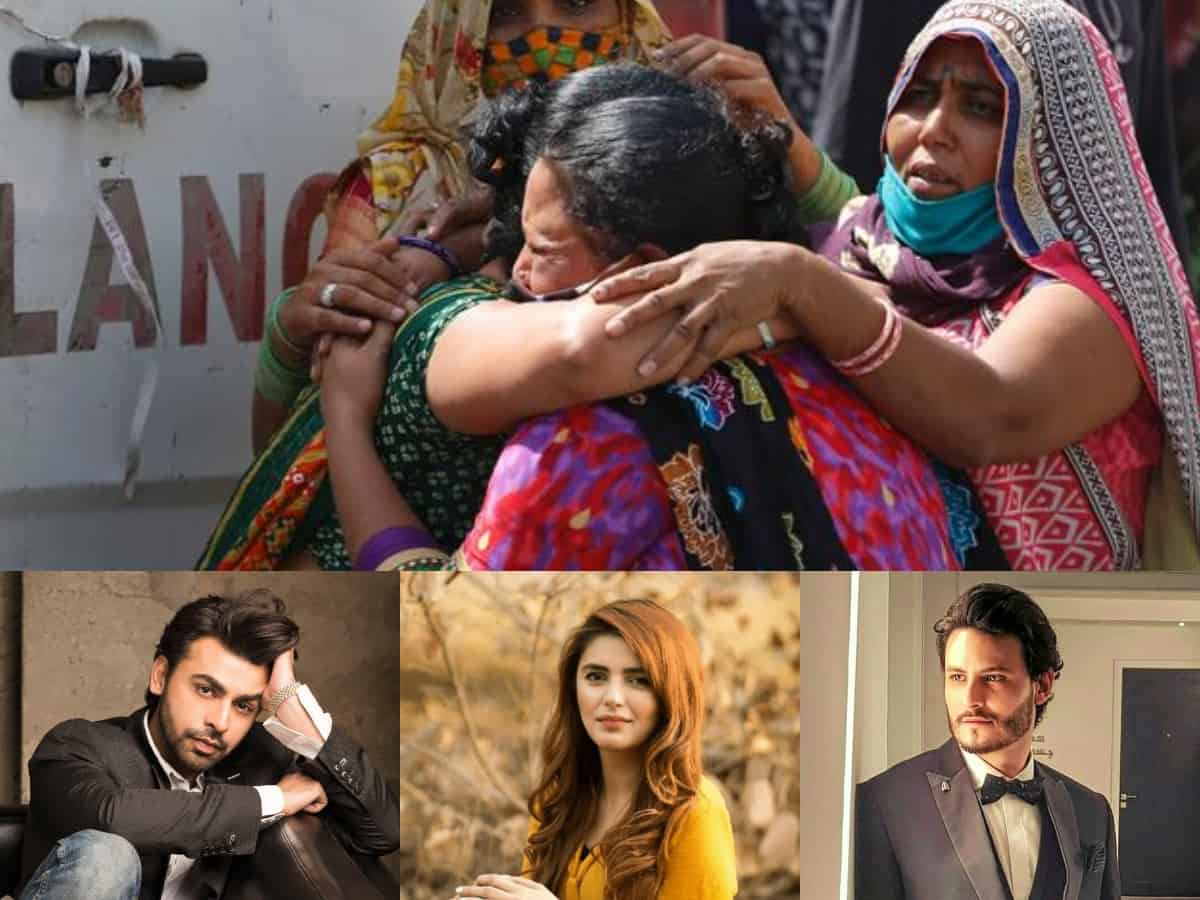 New Delhi: The second wave of the deadly COVID-19 has worsened the situation in India. With the health care system collapsing and shortage of oxygen supplies in hospitals, has led the country to record highest number of deaths in a single day.

From bodies piled-up in crematoriums to people loosing their lives waiting outside hospital for beds, heart-breaking visuals from across the country are going viral on internet. Seeing the plight of neighbouring country, many celebrities from Pakistan are taking to their social media to extend their best wishes, support and prayers amid grim and gloomy times.

In a sense of solidarity, Pakistani stars including Farhan Saeed, Osman Khalid Bhatt, singer Momina Mustehan, have also reached out to their Indian counterparts offering prayers and good wishes for coming out of the blow of the COVID-19 second wave. They have come forward to show support with the neighbour country and encourage people not to lose hope.

Renowned TV and film actor Osman Khalid Butt expressed his deep concerns over the situation and wrote, “Gut-wrenching visuals from India – the Covid crisis is deepening. Sending prayers that the nation comes out of this. Please, everyone, mask up. Don’t let the idea that we’re vaccinated (or going to be soon) allow you to let your guard down. Observe all SOPs. Save lives.”

Actor-singer Farhan Saeed took to his Twitter and wrote, “All our prayers with Indian people in these difficult times. May Allah make it easier for India and the entire world . Know that we are praying for you !Heart warming to see #PakistanstandswithIndia as the top trend in Pakistan. Humanity should and did win.”

Singer Momina Mustehsan encouraged Pakistan to set its differences with India aside and come to the aid of their neighbors in the time of crisis. “As cases in India soar to highest global daily and second highest in total, it is bound to put strain on resources. This is humanity vs the virus. Our battle against Covid is also intensifying, but can we share to help our neighbours?” she asked.

Former Pakistani cricketer Shoaib Akhtar posted a heartwarming tweet for India and said that we are all in it together.

Check out other tweets here:

Many Pakistani citizens took to their social media and urged PM Imran Khan to lend support to India after distressing visuals of the crisis of the neighbouring country went viral. Hashtags like #IndiaNeedsOxygen were trending on Pakistani Twitter, with users requesting Khan’s government to put aside its political differences and help India to tide over the crisis.

On Saturday, Pakistan Prime Minister Imran Khan expressed solidarity with the people in India amid huge Covid surge and said that the two country must fight the global challenge confronting humanity together.

“I want to express our solidarity with the people of India as they battle a dangerous wave of COVID-19. Our prayers for a speedy recovery go to all those suffering from the pandemic in our neighbourhood and the world. We must fight this global challenge confronting humanity together,” Imran Khan said in a tweet.

Indians are taking a note of the tweets from Pakistan and thanked them for their beautiful gesture.