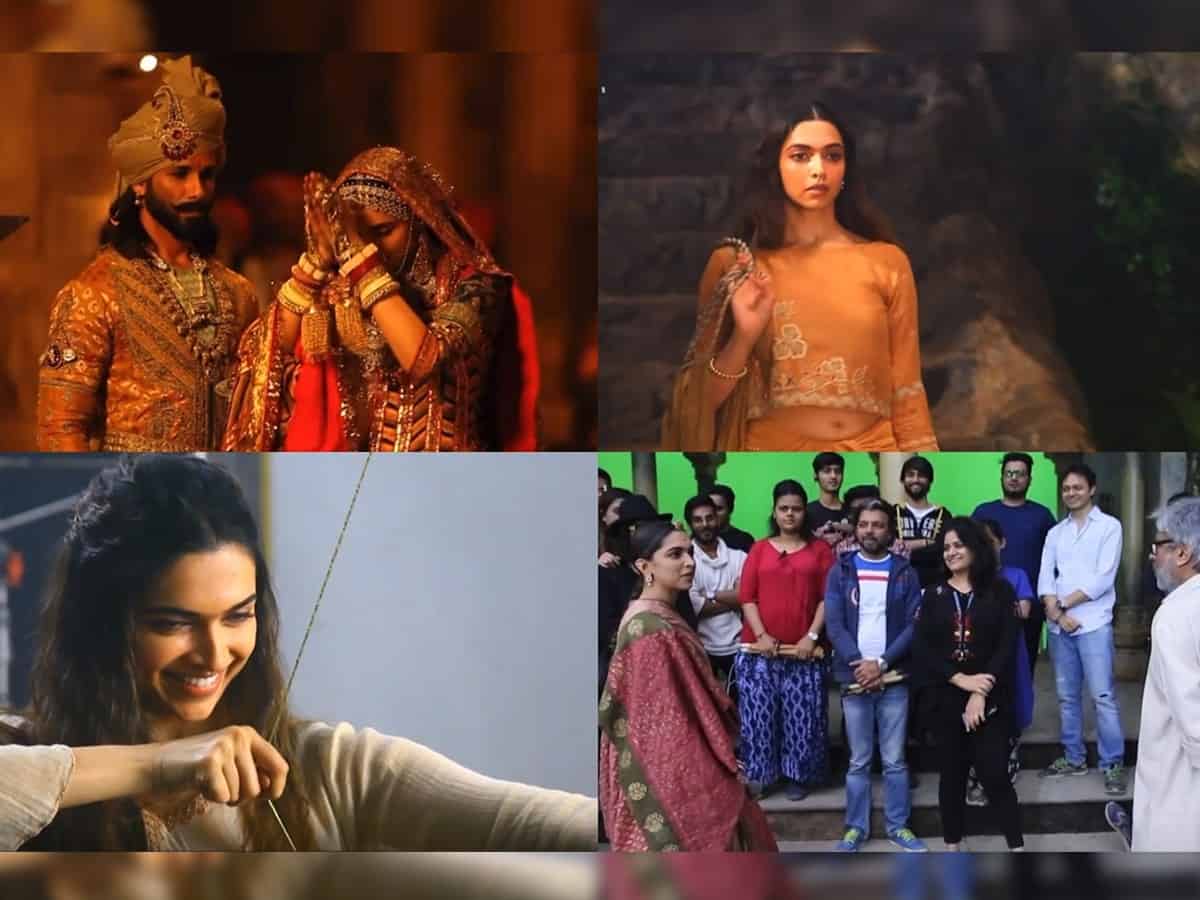 Mumbai: Actress Deepika Padukone on Monday shared a video in Rani Padmaavati avatar on the third anniversary of her 2018 blockbuster Padmaavat.

The video assorts scenes of Deepika in the film as she talks about how grateful she is to have been directed by Sanjay Leela Bhansali thrice. The actress-director duo have worked together in films “Goliyon Ki Raasleela Ram-Leela” (2013) and “Bajirao Mastani” (2015) apart from “Padmaavat”.

Captioning the video, she wrote on Instagram: “Some memories and experiences are difficult to articulate but live in your heart forever. Padmaavat was one such experience. Thank you Sanjay Leela Bhansali for entrusting me with this movie and character of a lifetime. #3yearsofpadmaavat.”

One tweeted: “I still remember when the reviews came out from critics to the public, the Jauhar scene was always mentioned as having had an impact on them. The one scene stayed with them after walking out of the cinema. It’s so memorable.”

Another commented: “you looked like a real queen, everyone in the theatres was mesmerized by your beauty rani sahiba.”