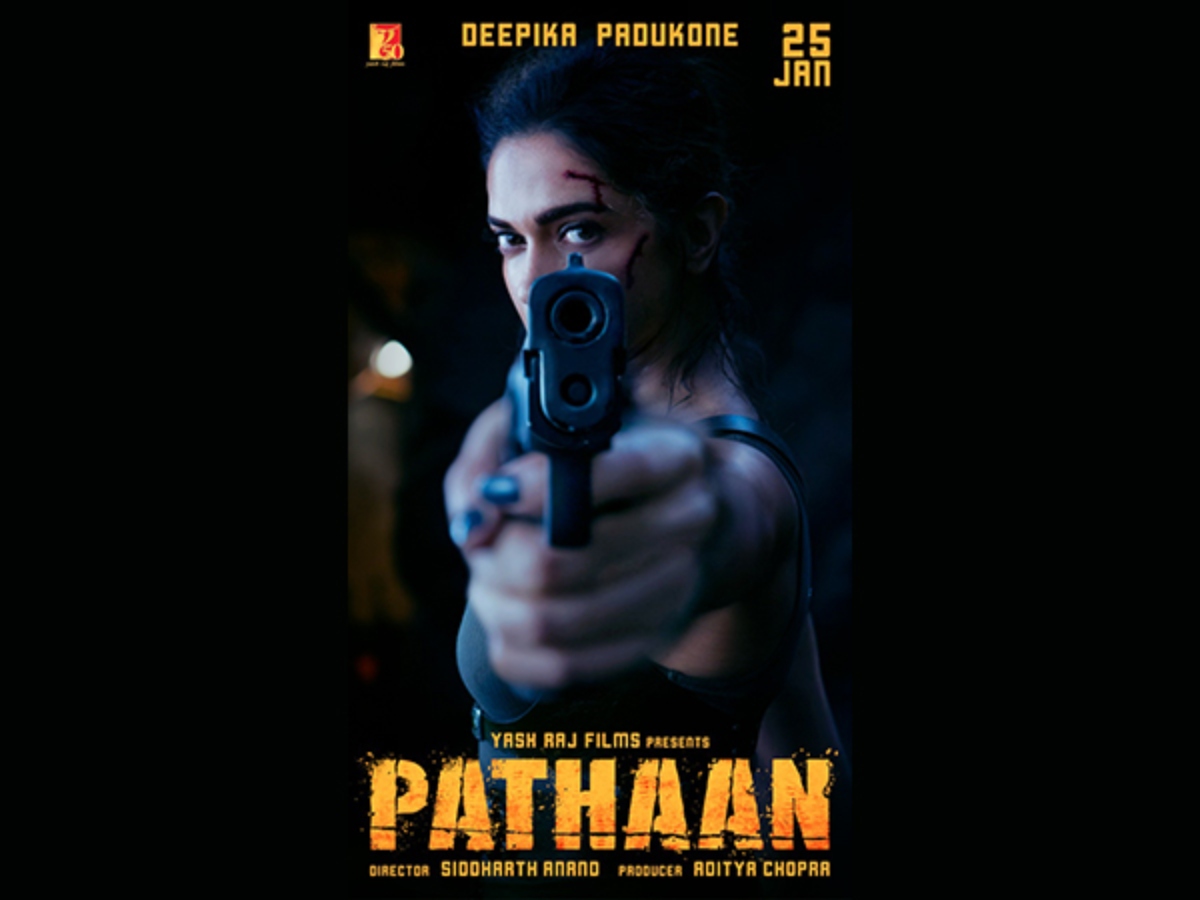 In the poster, Deepika could be seen holding aiming a gun at the camera lens, with some injury marks on her forehead.

Soon after the ‘Piku’ actor shared her poster, fans flooded the comment section with heart and fire emoticons.

Another fan wrote, “CAN’T WAIT THIS IS GONNA BE THE EPIC ONE!”.

Earlier, the makers unveiled the motion poster of the ‘Chak De India’ actor to mark the 30 glorious years of his incredible career.

Siddharth claims that Deepika will have a magnetic aura in Pathaan. He says, “I have worked with her very early in her career and have seen her evolve over the years into a completely different and hungry actor. The first look of Deepika Padukone in Pathaan hints at her magnetic aura that people will be a witness to.”

“Deepika is a rare actor with a pan-Indian appeal like no other and having her in a film, looking the way she is, is a huge USP. We wanted to cast someone who has an appeal across gender and age and there is no bigger star in India today than Deepika Padukone. We can’t wait to unveil her character in the film when it releases only on the big screen on Jan 25th, 2023” the ‘War’ director added to his statement.

Produced by Yash Raj Films, the film is slated to release on January 25, 2023, in Hindi, Tamil and Telugu.