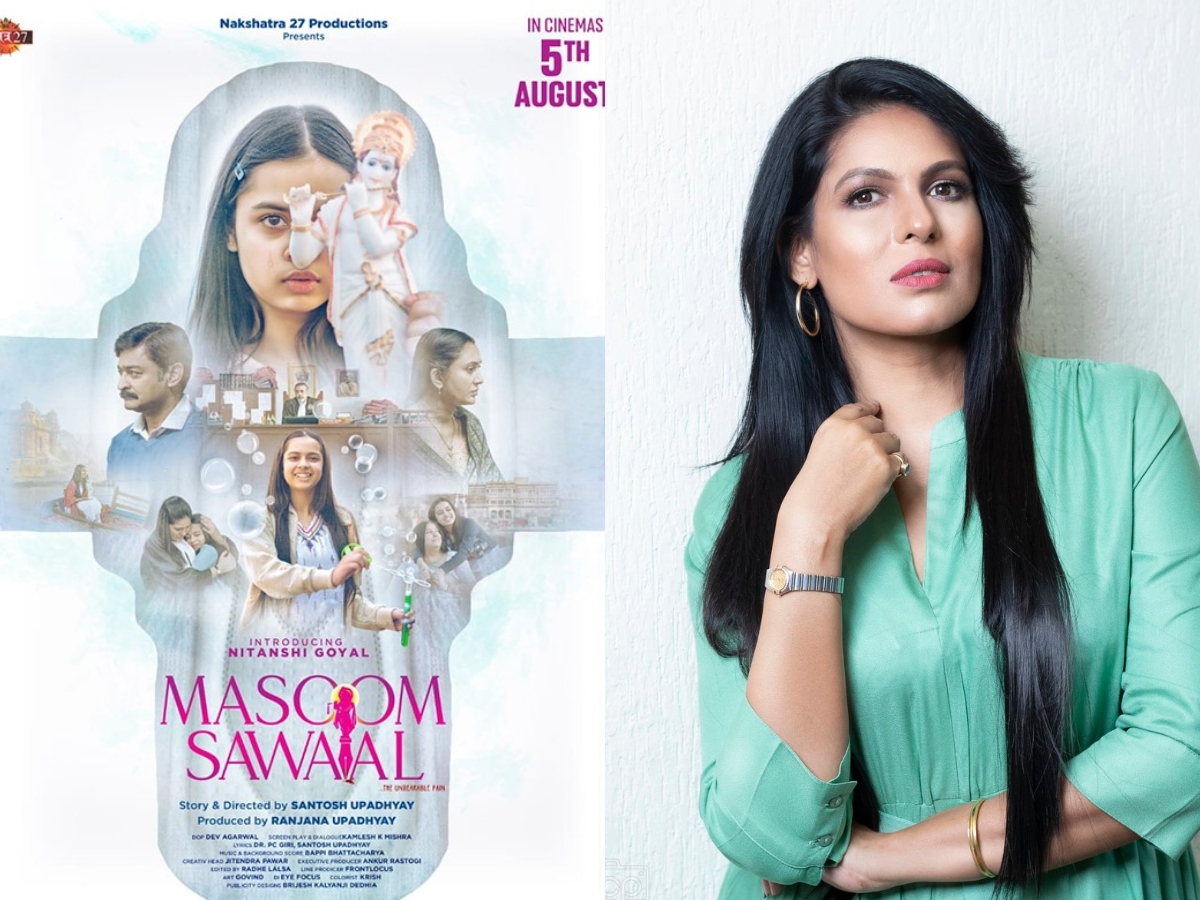 Mumbai: The poster of ‘Masoom Sawaal’, a fringe film, featuring an image of Lord Krishna on a sanitary pad has created a stir on social media. The film’s director and actress have reacted and said that the makers did not have any intentions to hurt anyone.

Actress Ekavali Khanna, who plays a lawyer in the film, says on the matter: “Firstly, I’m not aware about any backlash that the poster received. But if that is the case then I can just say that the makers didn’t have any intention to hurt anyone’s sentiments.”

“The sole purpose of it was to break the taboo and change the narrative. In this generation, there is no room for superstitions and ill practices that are forcefully imposed on women unnecessarily.”

With a picture of a Hindu god on a sanitary pad has obviously created a tizzy on social media over “hurting religious sentiments”.

The film’s director Santosh Upadhyay said that sometimes “our perspective of viewing things is wrong, which leads to misconception.”

“The entire film is based on menstruation hence, it is mandatory to show the sanitary pad. That’s why there is a pad on the poster and not Krishna Ji on the pad. Due to which, we are also receiving less support to promote this film.”

Talking about how the film will pave the way to create awareness, she says: “On my part, I’m essaying a lawyer who helps the child facilitate her moto to fight against the rules of the society that are imposed on her and her conflict with her family who doesn’t understand her sentiments.”

“The story is totally about the journey of the child and as a lawyer I played supportive to it.”

‘Masoom Sawaal’, which is said to be about menstruation and the shame associated with it, stars actors Nitanshi Goyal, Ekavali Khanna, Shishir Sharma, Madhu Sachdeva, Rohit Tiwari, Brinda Trivedi, Ramji Bali, Shashie Vermaa and other.

Directed by Santosh Upadhyay, written by Kamlesh K Mishra and produced by Ranjana Upadhyay of Nakshatra 27 Productions, the movie will be released in theatres on August 5.