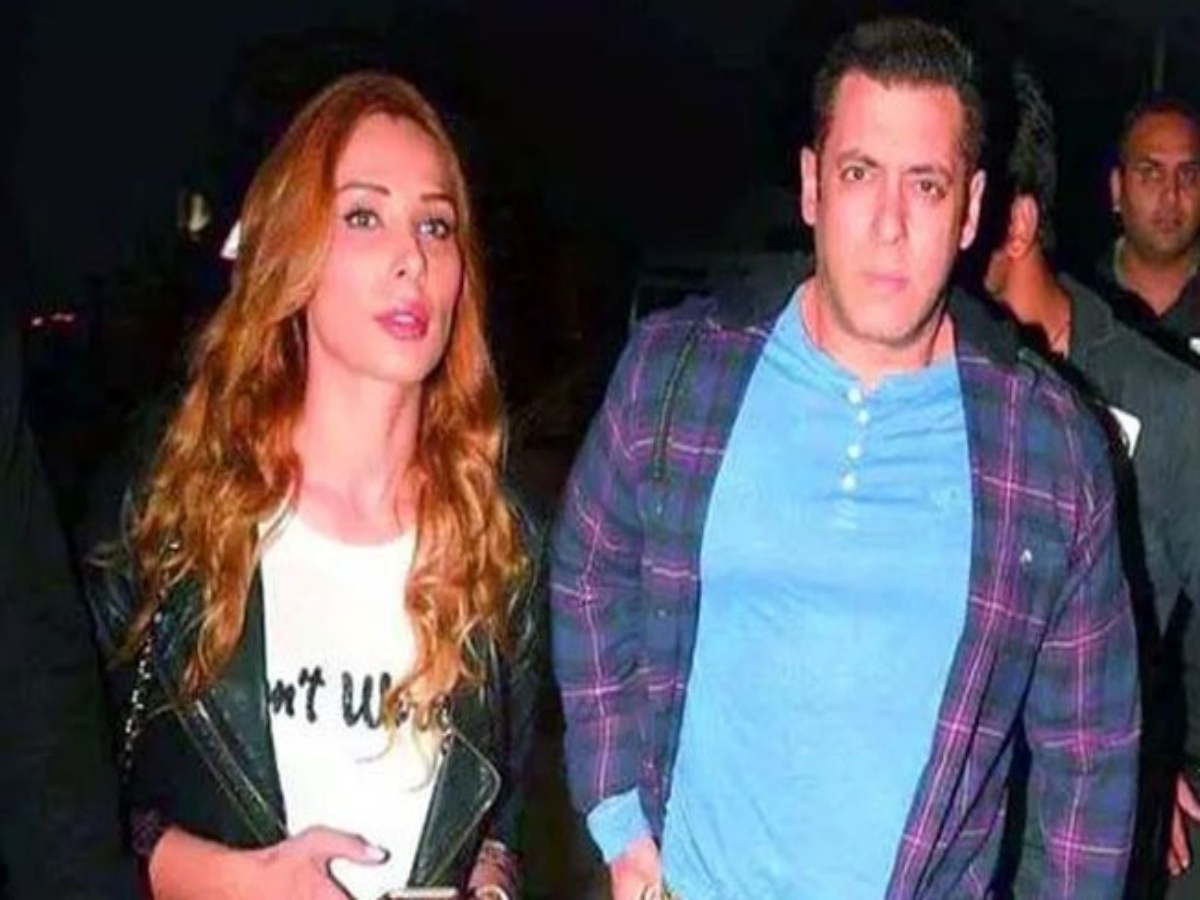 Mumbai: For the longest time now, rumours of superstar Salman Khan dating Romanian model-turned-actress, Iulia Vantur have been coming in and she is often seen with the superstar and his family.

The rumours of Salman being quite close with lulia still rides high on the internet. The reports of their alleged relationship received the much-needed push, after pictures of lulia spending time at Salman’s Panvel farmhouse during lockdown surfaced on the internet.

Taking to Instagram on Saturday, Iulia Vantur penned down an emotional note alongside sharing a ‘sad’ picture. The Romanian actor-singer said that she was about to delete the picture when she decided to post it. Iulia talked about the good times and how one can deal with the bad times as ‘nothing is permanent’.

She said, “I’ve found this pic in my phone and I felt to delete it because I’ve seen some sadness in it. I thought I can’t post it here, it might bring more sadness or worries to people. But then I thought again… it is ok not to be ok and some of u might need to know that all shall pass, nothing is permanent, don’t be afraid!!! That’s life…”

“Sometimes u feel happy, excited, full of strength and hope but other times u might feel worried, anxious, sad, stressed or just low… for no obvious reason. IT IS OK but it is not ok to ignore your feelings! Don’t pretend, don’t judge yourself for feeling that way and don’t delete a pic this.. It’s just a reminder, a moment to slow down, to give yourself time, to embrace yourself with a lot of kindness, with love, to allow yourself to heal, to recover, to rest so that u can come up again with good energy. Nothing is permanent! Neither happiness nor sadness!!!” Iulia further added.

She further wrote, “But we have to allow ourself to be and care enough to help ourselves or allow others to help us. It is ok not to be ok! After u gave yourself time and u reconnected with yourself, just call a friend, watch a good movie, read a nice book, play with your kids, with your dog, dance, listen to good music, engage yourself in an activity that will bring more energy. That will be enough for u to bounce back. But first… take your time! I’m sending a lot of love to those who really need it right now.. I know there are many… all of us .. We are all in this… it’s called life! And life is a gift! Quoting a good friend “life is good, God is great!”

Meanwhile, Iulia Vantur is gearing up to forray in Bollywood. On the other hand, Salman Khan is waiting for the release of his upcoming film Radhe: Your Most Wanted Bhai which is slated to hit the screens on Eid this year, May 13. The film also stars Disha Patani, Randeep Hooda and Jackie Shroff among others in the other pivotal roles. Salman will also be seen in third part of Tiger franchise alongside Katrina Kaif and Emraan Hashmi. He also has cameo role in Shah Rukh Khan starrer Pathan.