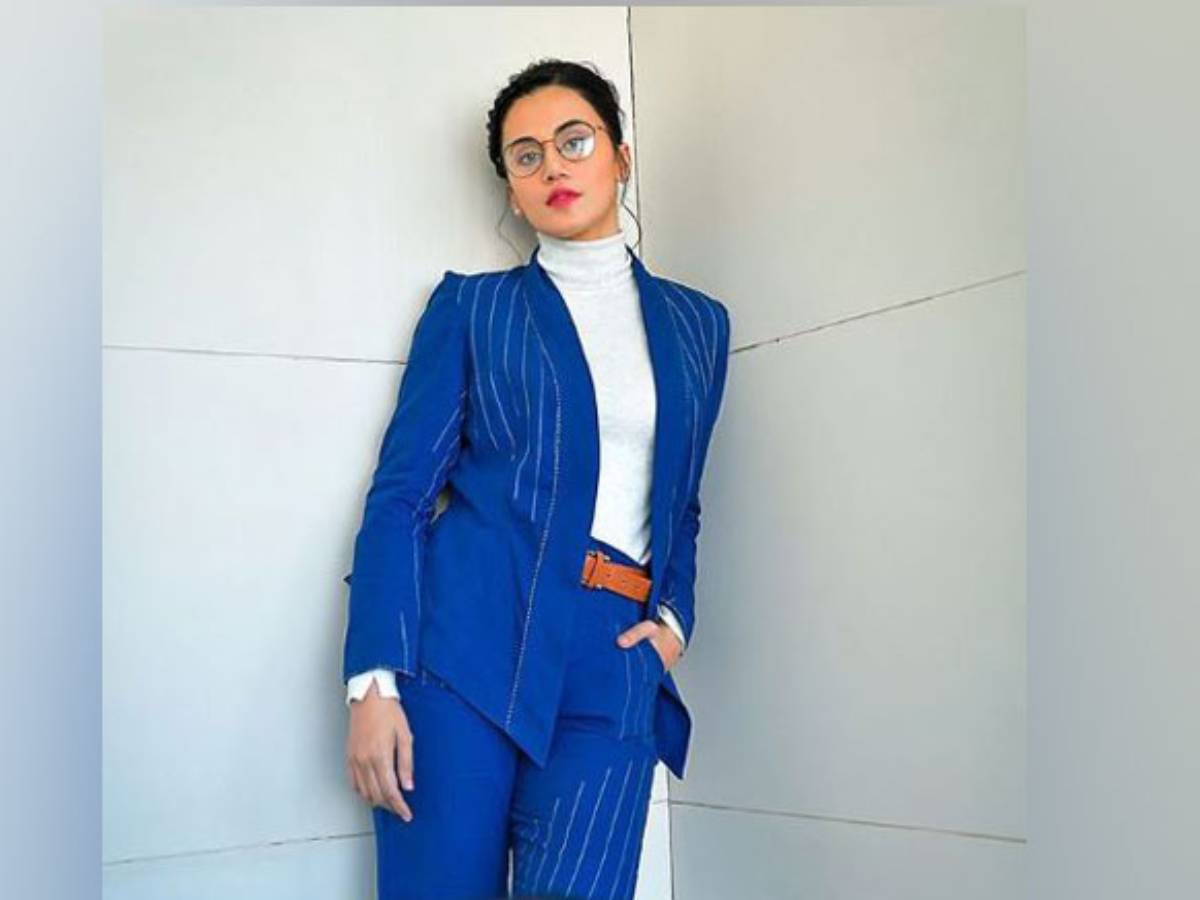 Mumbai: Bollywood actress Taapsee Pannu, who is set to portray legendary cricketer Mithali Raj in her upcoming biopic ‘Shabaash Mithu’, shared that she felt disappointed at not seeing a single picture of any female cricketer at the MCC Museum in Lord’s Cricket Ground, London, the place known as the ‘Mecca of Cricket’.

The makers of ‘Shabaash Mithu’ have shot certain matches and segments of the film at Lord’s Cricket Ground where Taapsee strolled around the museum to gain familiarity about the sport, the game’s conduct and history.

Speaking about her experience shooting at the Home of Cricket Taapsee Pannu expressed: “It’s beautiful, it’s like a cricket museum, when I went there I saw all the stuff, the pictures and the memories that they’ve kept there are beautiful to take you back to the memory lane and make you understand the evolution of cricket, but the biggest disappointment for me in that stadium was there was not a single picture of any women cricketer.”

Taapsee Pannu brought it up with the officials at the Lord’s in hope to see a change in the future.

‘Shabaash Mithu’, directed by Srijit Mukherji and produced by Viacom18 Studios, will open in theatres on July 15.