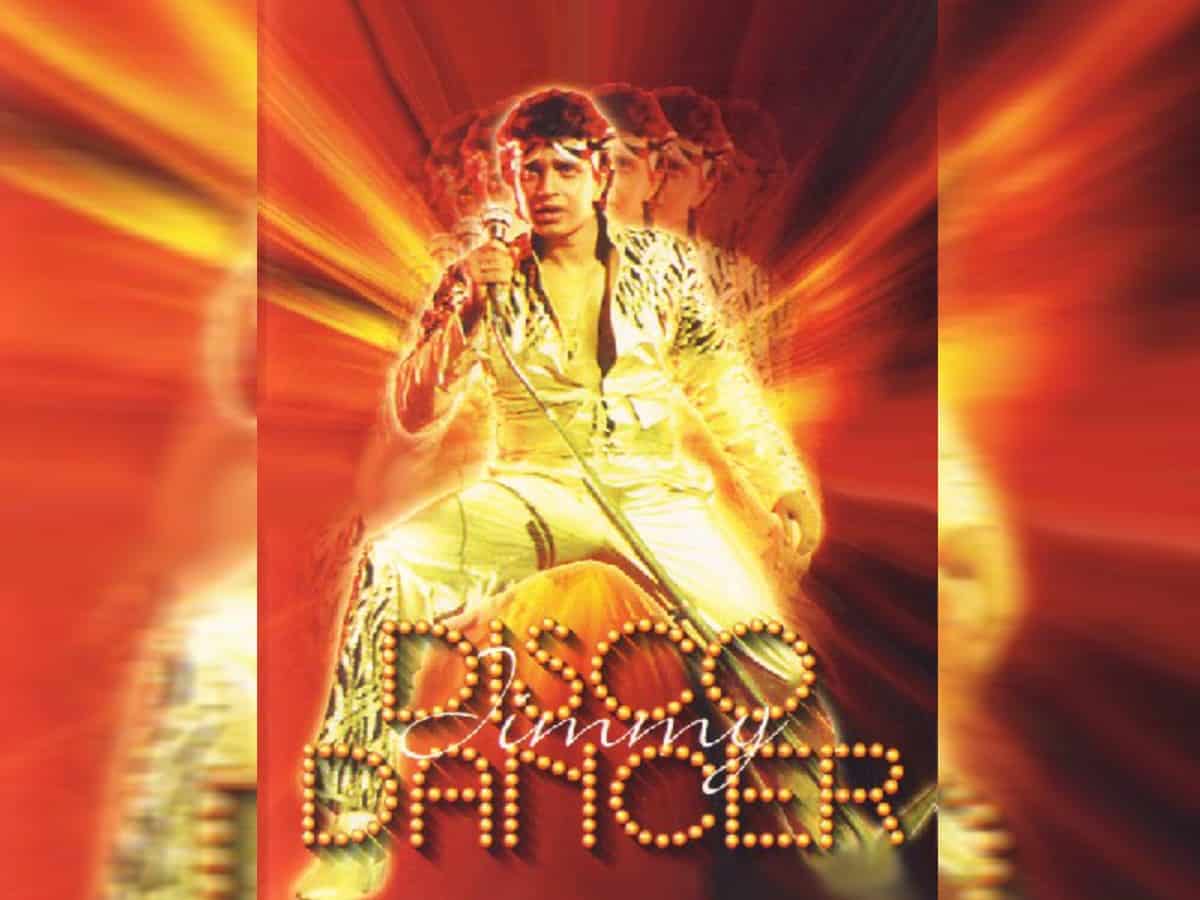 New Delhi: The Mithun Chakraborty-starrer “Disco Dancer”, which released in 1982, was the first Indian film to gross Rs 100 crore worldwide, claims a new biography on the yesteryear’s superstar.

The film had shattered the record of “Sholay” (1975) and established the Bengali actor among superstars in the Hindi film industry, says Ram Kamal Mukherjee in “Mithun Chakraborty: The Dada of Bollywood”.

Produced and directed by Babbar Subhash, “Disco Dancer” is a fictional rags-to-riches story of street performer Jimmy (played by Mithun) who scaled dizzying heights as a disco singer and dancer. The film was a musical blockbuster with its songs gaining popularity abroad, too.

“The film introduced India to the world of disco and the audience just went berserk. The film was a roaring success overseas too, including Central Asia, Eastern Europe, Russia, China, the Middle East, Turkey, and West and East Africa,” Mukherjee writes in one of the chapters dedicated to the cult film.

“In fact, ‘Disco Dancer’ was the first Indian film to gross Rs 100 crore worldwide. The music of the movie was a huge hit and won many an accolade. ‘Disco Dancer’ also saw the birth of the famous Mithun-Bappi Lahiri collaboration and the two worked together in an astonishing number of films, many of which turned out to be superhits over the years including ‘Dance Dance’ (1987), ‘Guru’ (1989), ‘Prem Pratigya’ (1989), ‘Dalaal’ (1993), and numerous others,” the journalist-turned-filmmaker writes.

Brought out by Rupa Publications, the biography draws heavily from Mithun’s print and video interviews over the years and the author’s interactions with the 71-year-old actor’s family members, personal staff and industry peers.

Mukherjee, who has been a cinema journalist, leaves no significant point of Mithun’s life untouched as he navigates the story of his life from his humble beginnings in Bengal, school and college life and how he had to leave his homeland to escape an “inevitable death or jail” because of his brush with “Naxalism”.

Running around 200 pages, the book also traces the struggles of the young Gourang (Mithun’s real name) when he reached Bombay and tried to find work as an actor while engaging in menial jobs in order to secure daily meals before becoming a driving force in the Hindi film industry that he eventually did and earned three national film awards for his acting.

“The story of Mithun Chakraborty remains a compelling tale of struggle and success, of a middle-class boy making it big in the world of high glamour. No less dramatic than the most colourful and dramatic Bollywood movies,” Mukherjee says.

“Mithun has showed Hindi cinema that a tall, dark man with a charming smile and a great physique can take the world on ,” he adds, referring to the struggles the veteran actor and a rank outsider in Bollywood had to go through because of his skin complexion.

“Mithun Chakraborty: The Dada of Bollywood” also touches on the former Rajya Sabha member’s affinity with the Communist Party of India (Marxist), the Congress, the Shiv Sena, the Trinamool Congress and the Bharatiya Janata Party and personal ties with politicians no less than Jyoti Basu and Balasaheb Thackeray.

The book, among other issues, takes up Mithun’s embroilment in the Saradha chit fund scam, romantic link ups with co-actors during the 1980s as well as his choice of doing ‘B-grade’ films for a considerable period extending till 1990s.