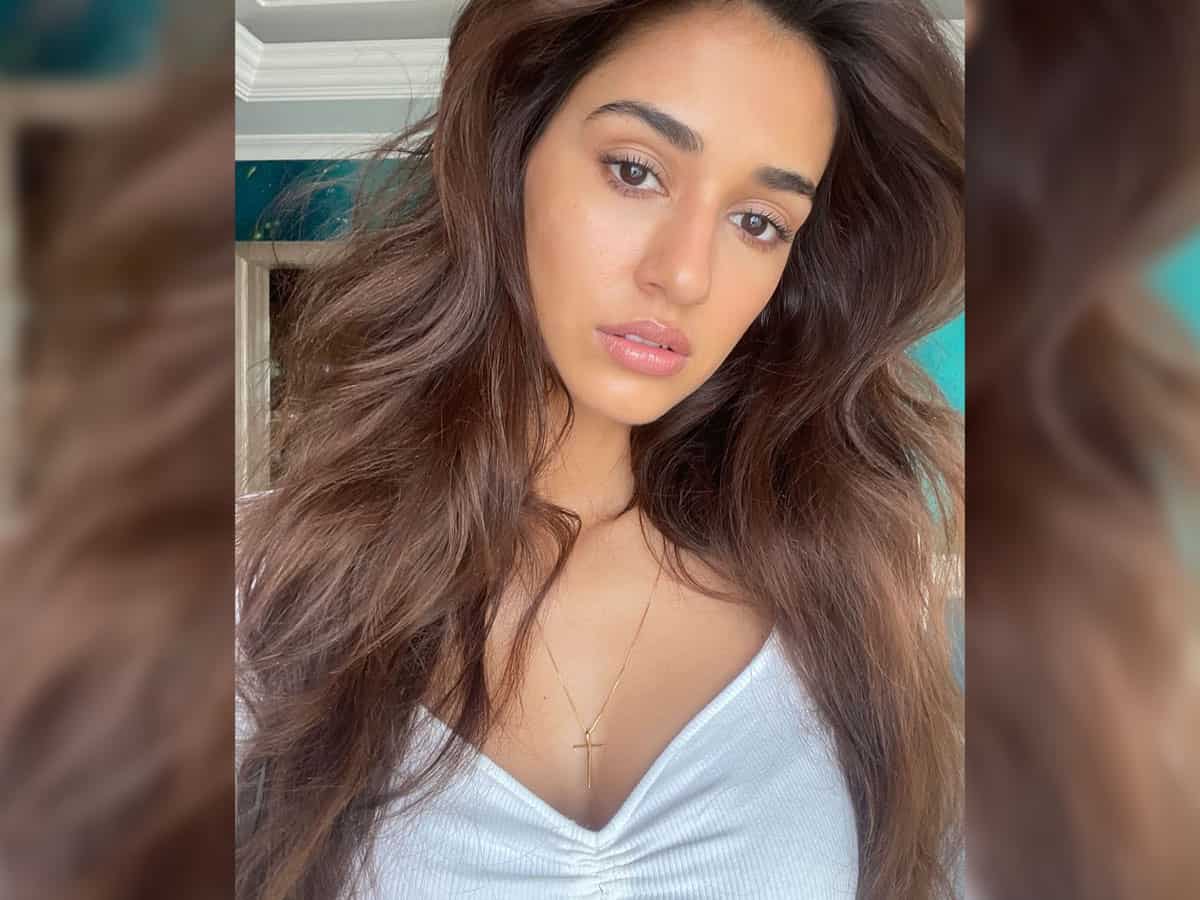 Mumbai: Bollywood actor Disha Patani on Sunday proved that she is a true blue pet lover as she channelled her weekend mood with adorable pictures with her pet cats Jasmine and Keety.

The ‘Radhe’ actor took to Instagram and shared a couple of photos in which she is seen showering love on her kitty.

In the first photo, the ‘Malang’ star is seen hugging her kitty close to her as she showers the pet with love with her closed eyes. The actor is seen donning a white strapped top with green detailing as she bore a no-makeup look and tied her luscious locks in a neat ponytail.

The second photo sees Patani planting a kiss on her beloved furball as she keeps the cat close to her.

The last image is a testimony of the love the two share, as it shows the ‘M.S Dhoni’ actor holding her cat in arms s she makes eye contact with the kitty, and she stares right back at her.

The actor took to the caption and shared the names of her cats with the fans. She wrote, ” My Jasmine and Keety,” (and added a flower emoticon)
As soon as the adorable picture post hit the photo-sharing platform, it garnered more than 4.8 lakh likes, while many chimed into the comments section and the lovely bond between the two by leaving red heart emoticons.

Meanwhile, on the work front, Disha was last seen paired up opposite Salman Khan-starrer ‘Radhe: Your Most Wanted Bhai’.

She will also be seen in ‘Ek Villain Returns’. Directed by Mohit Suri, the film’s first instalment was released in 2014.

‘Ek Villain’ followed (Sidharth Malhotra) Guru, a gangster whose life changes after he falls in love with (Shraddha Kapoor) Aisha and decides to mend his ways. When Aisha is murdered by a serial killer (Riteish Deshmukh), Guru begins to search for the murderer to seek revenge.