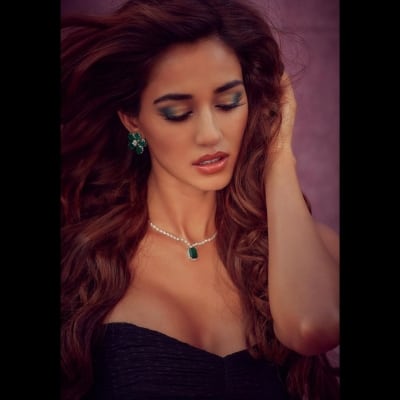 Disha posted a picture on Instagram in a black tube dress, completing the look with an emerald neck piece, emerald earrings nude lips and bold eyes. She chose a giraffe and a leaf emoji as caption.

Disha will next be seen in Radhe, starring Salman Khan. The film also has Randeep Hooda in the cast and is directed by Prabhudeva. Radhe is slated for a theatrical release on Eid.

She is also looking forward to reuniting with filmmaker Mohit Suri for Ek Villain 2. The actress collaborated with Suri in their 2020 film Malang.

Disha will also be seen in KTina, produced by Ekta Kapoor. The film also features Akshay Oberoi and Sunny Singh.