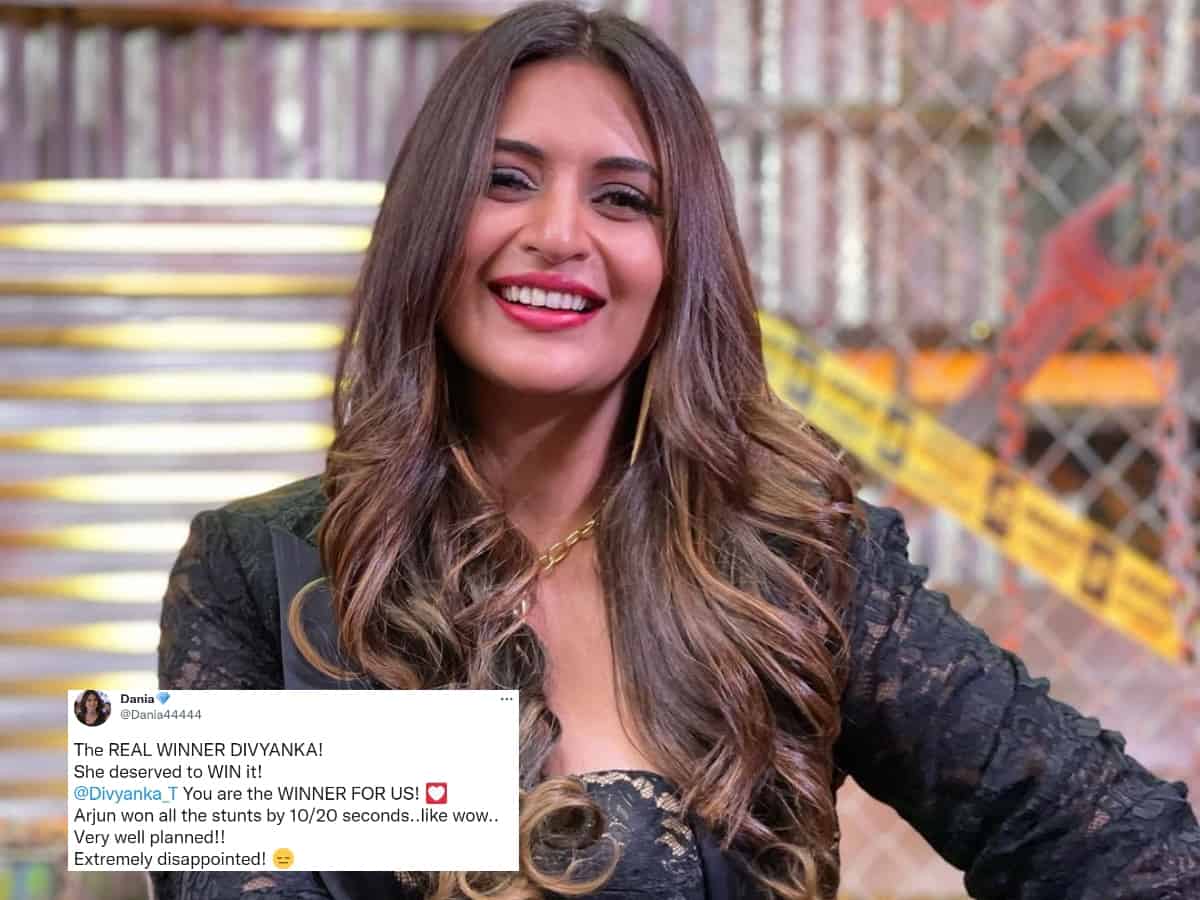 Mumbai: The adventure-based reality show Khatron Ke Khiladi 11 ended with a smashing finale on September 26. While Arjun Bijlani was announced as the winner of the show, Divyanka Tripathi took home the runner-up title.

The finale stunt was performed by the top 3 Arjun, Divyanka and Vishal. While Vishal couldn’t make it to top 2, Arjun and Divyanka had a gap of 20 seconds only between their stunt performance. Arjun was declared as the winner of KKK 11. However, fans are not happy with the maker’s decision of giving the precious trophy to Arjun.

It is noteworthy that Divyanka Tripathi was the first contestant to enter the finale and even host Rohit Shetty praised her courage from time to time. She had an impressive journey on Khatron Ke Khiladi 11 and even got the name ‘Magar Rani’ and ‘Dhaakad Girl’ for showcasing her fearless spirit and effortlessly acing all of her stunts.

After Divyanka Tripathi lost to Arjun by a margin of some seconds, her fans took to Twitter to express their anger over Arjun winning the show.

While some called him ‘underserving’, others slammed Colors channel by calling it as a ‘fixed win’. ‘Real Winner Divyanka’ has been trending on Twitter. Check out few tweets below: