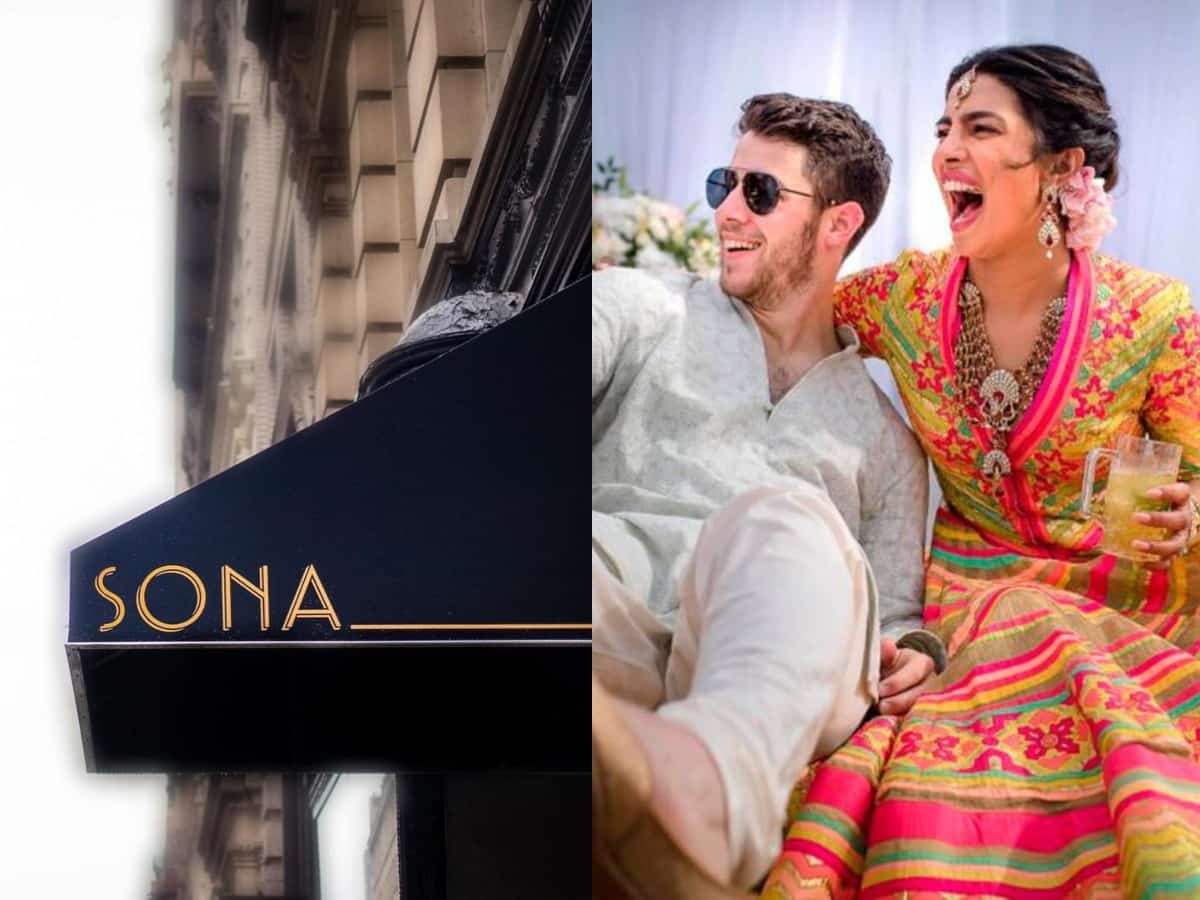 Mumbai: International star Priyanka Chopra recently took everyone by surprise as she announced her own restaurant in New York, which offers Indian cuisine for foodies. Located in the heart of the NYC, PeeCee eatery named ‘Sona’ is all set to open on March 26, Friday.

Sona is co-owned by Maneesh K. Goyal and the chef is Hari Nayak. The whole team created a grand and extravagant restaurant in NYC and people can’t wait to taste the Indian food in NYC.

But do you know the name ‘Sona’ has a hilarious connection to Priyanka Chopra and Nick Jonas wedding? Well, if you are wondering how then we have the answer right here.

Speaking to Vogue magazine, Maneesh opened up about how the team came up with the idea of naming the eatery as ‘Sona’. He said, “We were grappling with a list of names, none of which were speaking to us. And then from the corner of the table, from a small kind of voice, Nick Jonas said, ‘What about Sona?’ And we all kind of look at Nick, and Priyanka looks at Nick, and says, ‘First, amazing, how do you even know that word?’ And he remembers it from their wedding, because he remembers gold and Sona being said, because obviously he was thrown into the culture in a big way.”

Ahead of its grand launch, pictures of the restaurant’s stunning interiors and scrumptious food are surfacing on social media. The pictures are being shared on the official site of Sona where one can see the setting and ambience of the restaurant in brown and golden combination. It goes for a modern minimalist look for the interiors with plenty of space for movement. The space is lit up with accent lighting which keeps the mood relaxed. The location also allows plenty of natural lighting to seep inside.