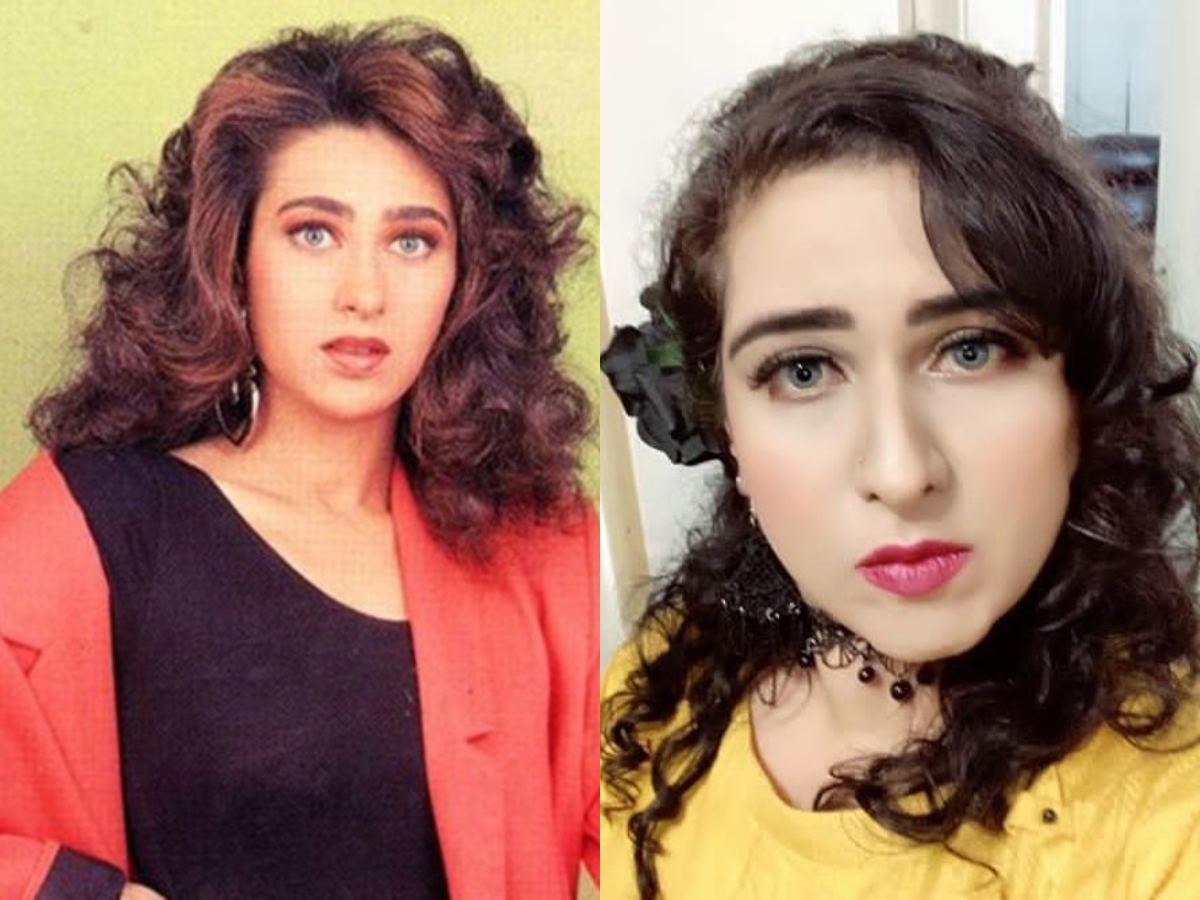 Mumbai: People generally believe that everybody has seven doppelgangers in the world- those who are not related to us but look disturbingly similar. And when it comes to celebrities, it’s always interesting to see their uncanny look-alikes. In the past, we have come across many such look-alikes who shares a striking resemblance with our favourite Bollywood stars.

Heena, who has over 37K followers on Instagram, constantly uploads videos of her lip-syncing to Karisma’s iconic songs and dialogues where she looks strikingly similar to the ‘Raja Hindustani’ actress.

From ‘Raja Hindustani’ to ‘Coolie No 1’ – Heena has re-enacted several entertaining moments from Karisma Kapoor’s career. She leaves netizens stunned everytime she drops any post on Instagram.

Scores of her Instagram followers chimmed into the comments section and expressed their astonishment. A user wrote, “Oh…kudrat ka karishma,”, while another quipped, “@therealkarismakapoor she is exactly like you, carbon copy”.

Not only does Heena has similarity in with Karisma, she often takes to her social media profile to express she is one of her ‘biggest fan’.

Karisma made her debut in the digital world by essaying the role of Meira Sharma in ZEE5’s Hindi drama web series Mentalhood.