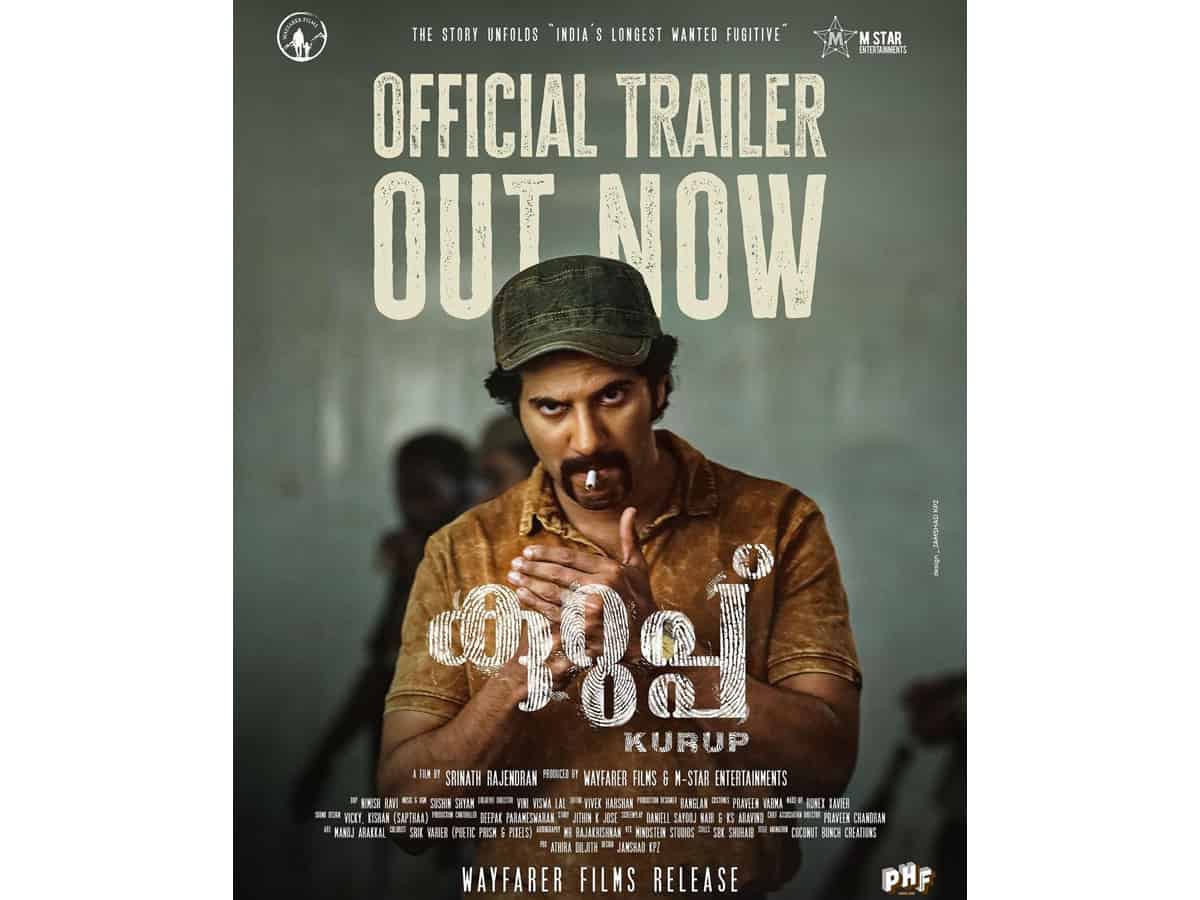 Mumbai: The enthralling trailer of Dulquer Salmaan’s much-anticipated film ‘Kurup’ has finally been unveiled on Wednesday.

The trailer has been launched in Malayalam, Kannada, Telugu, Tamil and Hindi.

Starring Dulquer and Sobhita Dhulipala in lead roles, the film is directed by Srinath Rajendran.

Taking to his Instagram handle, Dulquer shared a poster announcing the release of the film’s trailer.

Along with it, he added the caption, “Kurup, India’s longest hunted fugitive. Deranged mastermind? Accidental conman? Find out on 12 November in cinemas worldwide.”

The nearly two-minute-long trailer gives glimpses into the world of crime, drawing inspiration from the real-life of Sukumara Kurup.

Bigg Boss 15: Miesha Iyer to be removed from show?

The film is an adventure drama based on Kerala’s most eluding criminal who has been on the run since the mid-1980s.

Other members of the cast include Indrajith Sukumaran, Shine Tom Chacko, Sunny Wayne and Bharath Niwas.

Produced by Wayfarer Films and M Star Entertainments, the film is set for its theatrical release on November 12.