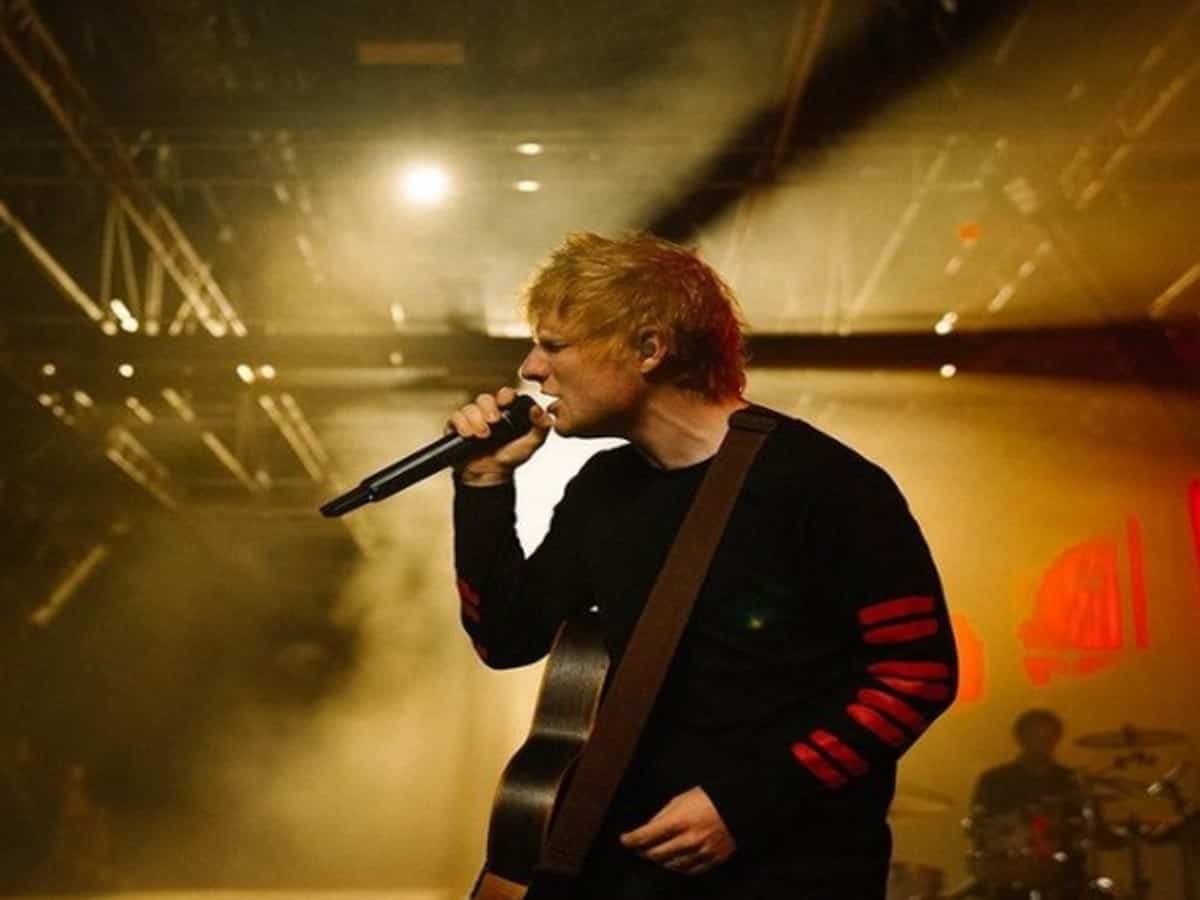 Washington: ‘Shape of You’ singer Ed Sheeran is all set to embark on his Mathematics Tour in April starting in Dublin, and said that he’s hoping to travel from show to show via electric campervan.

Sheeran opened up about his touring plans for his latest album on Sunday Sitdown with Willie Geist podcast, reported People magazine.

“We’re going to try to do it on the train, or talking to VW about an electric campervan. I want to travel to every show as electric as possible,” he said on the podcast.

The Grammy award winner opened up about the evolution of touring since he started out in the business. While there was a time when he would cram several shows into one week, he now plays mostly on weekends, giving him more flexibility and time for his family.

“It was really a slog at the beginning of my career, ’cause you would play five shows in a row and it would be, split a minivan and you go,” he recalled. “But the luxury of playing these large venues is no one goes mid-week, so they have to be weekends. So it’s Friday, Saturday, every week. So I have the week at home, and then… we’re gonna spend time in each city,” he said.

The British star also confirmed that he’ll have a very special guest joining him this time around — his 17-month-old daughter Lyra Antarctica, whom he shares with wife Cherry Seaborn.

“[The baby] definitely comes with me on tour,” he revealed.

Since releasing his fifth album ‘=’ (titled Equals) in October, Sheeran said that he’s been itching to get back on stage, and is eagerly awaiting his tour, which will take him to major European cities in the U.K., Germany, the Netherlands, Belgium, France and more.

“I feel quite lost not being on stage, ’cause that’s so much of my purpose,” he told Geist. “I have been on stage since I was like, 11 years old, just constantly. Any stage there is, I would hop up and play, so I really, really like that gigs are back on and we’re finding a way to do shows.”

“I’m excited to get back on tour, and I can’t see the tour stopping,” he added. “I’m going to be going for a while.”

Sheeran’s campervan plan isn’t the only environment-friendly path he’s taken as of late. The Grammy winner recently told BBC Radio London that he’s “trying to buy as much land as possible and plant as many trees as possible” in an attempt to “rewild” the U.K.

“I love my county and I love wildlife and the environment,” he told the outlet. “I feel like I am going to get my head bitten off anytime I say that, as my job is not a hugely sustainable job as I go and play in cities, but I am trying my best,” he said.