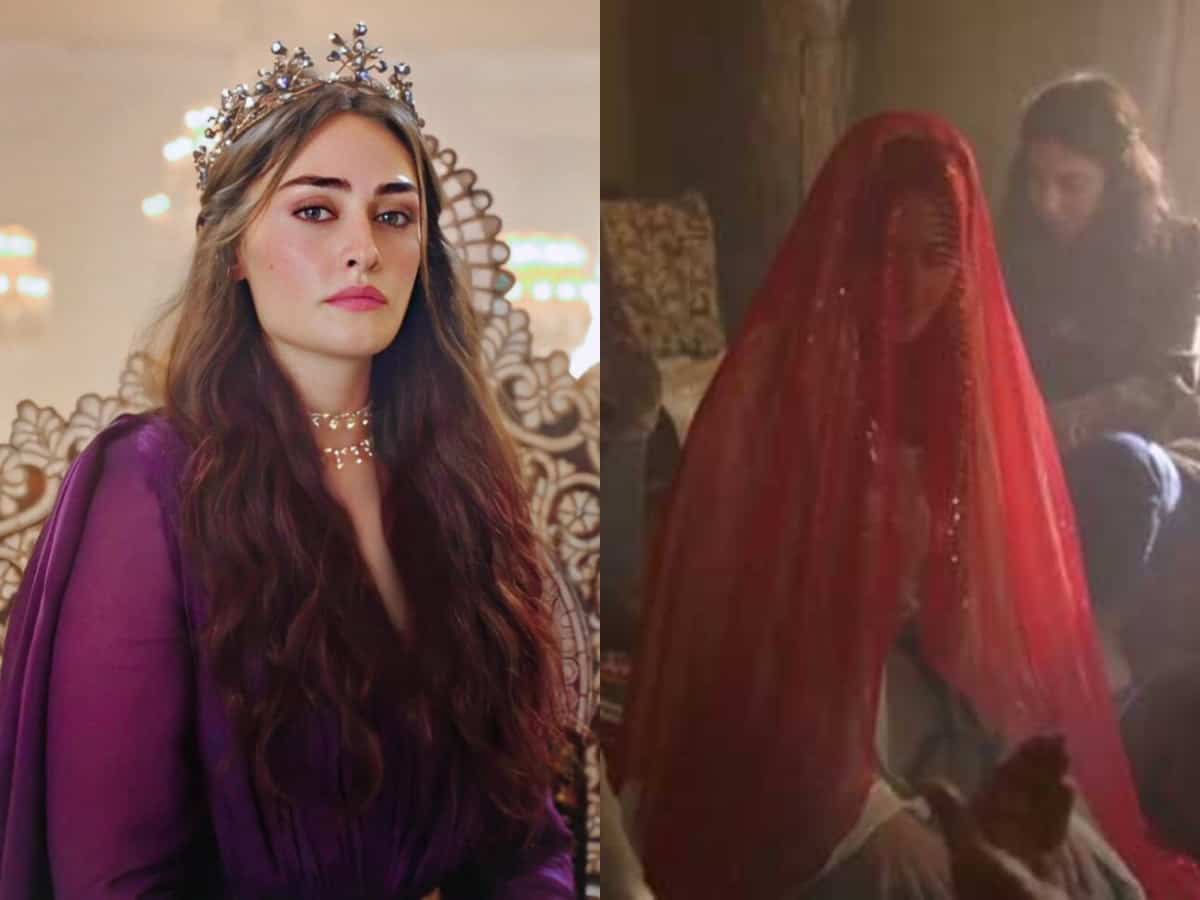 Hyderabad: Esra Bilgic is undoubtedly one of the most adored Turkish actresses. She got the ticket to stardom post her stint in very popular historical and adventure television series Dirilis: Ertugrul or Ertugrul Ghazi in which she portrayed the role of Halime Sultan.

The actress, who has attracted huge applause from the people across the world, often managed to grab headlines for her shows or social media posts. Well, this time she has grabbed eyeballs for something very interesting.

Esra Bilgic recently, shared a new teaser of her drama serial Kanunsuz Topraklar on Instagram in which was seen getting married to her co-star Ugur Gunes. In the video, the duo can be seen tying knot in a traditional ceremony and Esra is seen donning red bridal outfit. Check out the video below:

Fans are going gaga over her latest post. Scores of fans chimmed to the comments section and dropped heart emojis. Many even expressed their wish to see Esra as a bride in ‘real’ life soon. Esra Bilgic was earlier married to Turkish footballer, Gokhan Tore. The couple tied knot 2017 and parted their ways in 2019.

The actress, who acquired the position on national crush of Pakistan and became an overnight sensation when Ertugrul started airing on Pak’s Television, often keeps treating her fans with mesmerising and elegant pictures on Instagram. Esra, who enjoys her over five million following on Instagram, often leaves her fans swooning over her bold and beautiful pictures.