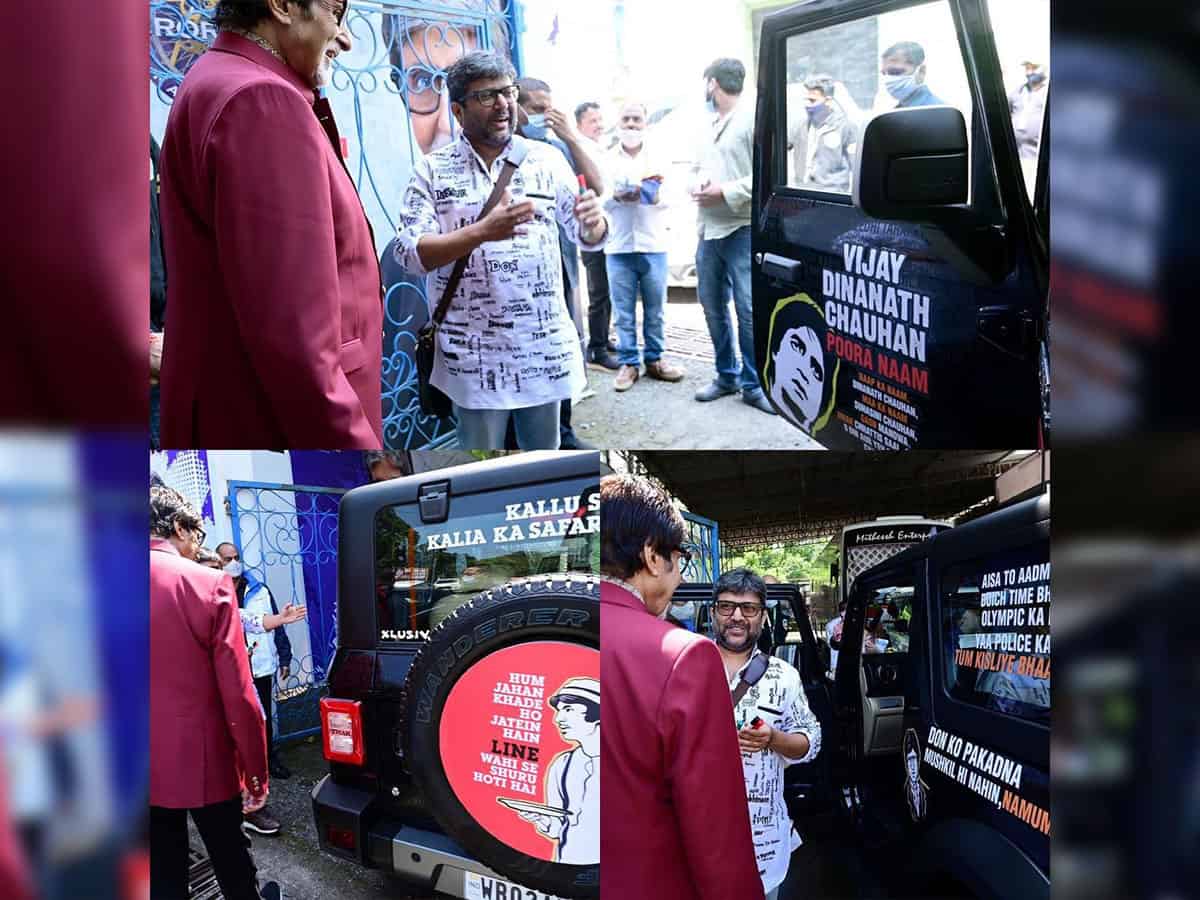 Mumbai: Megastar Amitabh Bachchan has a humungous fan following that includes some die-hard fans who leave no chance to make him feel special. One of these fans recently received a shoutout from the legend for painting his entire car and shirt dedicated to Big B’s films.

Taking to his Instagram handle, Big B introduced his followers to one of his die-hard fans who painted his entire car with dialogues from Bachchan’s iconic films.

Sharing a collage of pictures with his fan, the megastar penned down a touching note in the caption.

“He has painted his entire car with dialogues from my films.. and his shirt has all the names of my films … when you open the door to the car the sound system starts playing my dialogues .. This is simply quite amazing,” the ‘Don’ actor wrote.

The 79-year-old star further informed that the fan has not driven his car until he signed an autograph on the dashboard.

A score of fans chimed into the comments section of the post that garnered more than four lakh likes within a few hours of being posted.

While another wrote, “wow…that’s amazing…and u truly deserve this love sir…true legend…God bless U Sir…”

Meanwhile, on the work front, the megastar has been busy hosting the new season of ‘Kaun Banega Crorepati‘. Speaking of films, he will be seen in ‘Mayday’, ‘Jhund’, ‘Good Bye’, ‘Brahmastra’, and ‘The Intern’ Hindi adaptation.

He is also a part of Anupam Kher and Parineeti Chopra’s starrer ‘Uunchai’.