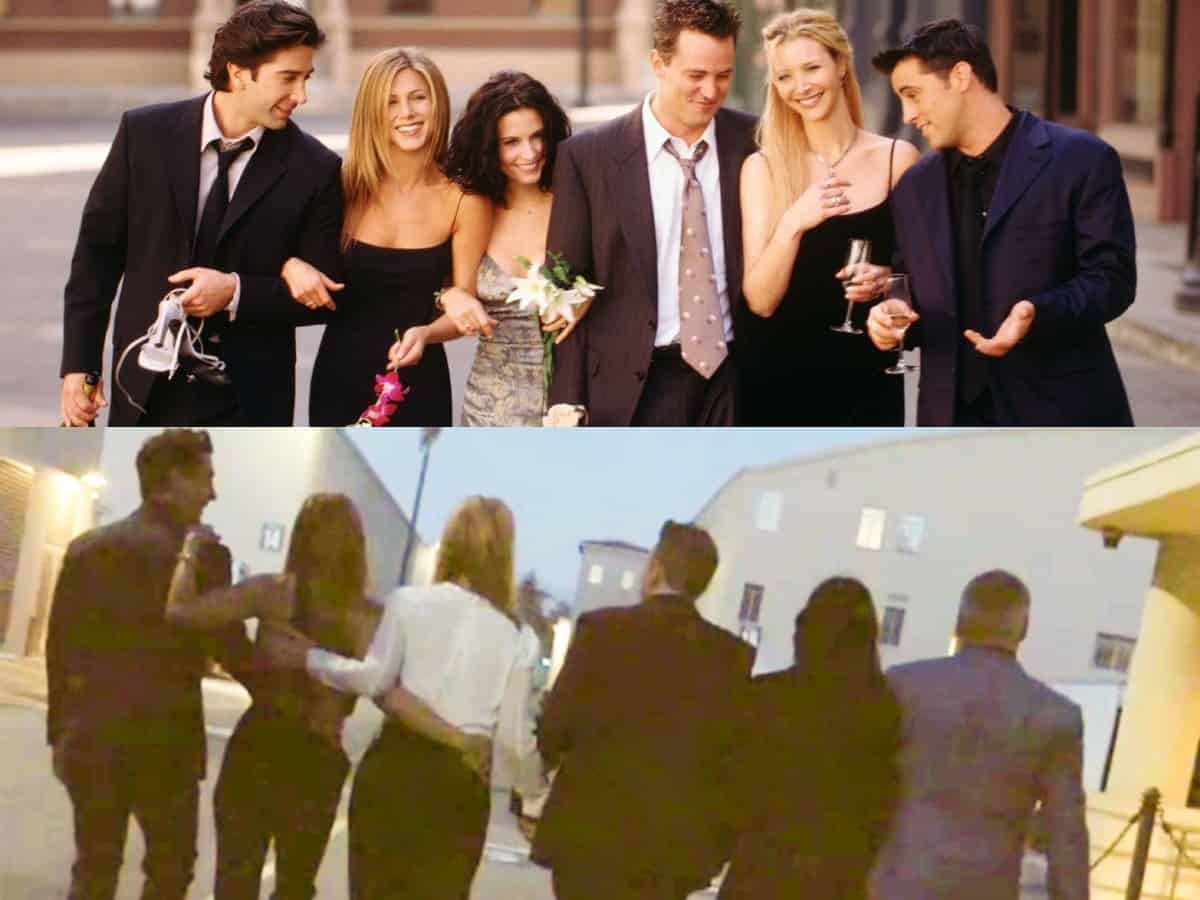 Fans can’t keep calm as the most known and loved TV series, F.R.I.E.N.D.S comes back with a reunion episode.

The talk about the reunion has been going on since February 22, 2020 when the actors revealed on the internet that after more than 10 years they all are finally meeting again and might have a proper reunion.

And after all the wait, it is said that a reunion will be aired on May 27. All the cast, including David Schwimmer, Jennifer Aniston, Lisa Kudrow, Matthew Perry, Courtney Cox and Matt LeBlanc, shared the teaser for the episode on their Instagram handles.

The teaser clip took the sitcom’s fans in nostalgia as the cast are seen with their backs facing the camera, with the instrumental version of the show’s original theme song “I’ll be there for you”.

The reunion episode is known to have been titled “The one where they get back together.”

However, while many fans believed that the reunion would be of the F.R.I.E.N.D.S sitcom’s characters, it was revealed that the episode will have the cast reliving the memories of the filming.

Fans of the show could not get any happier, as evidently seen in their reactions below: