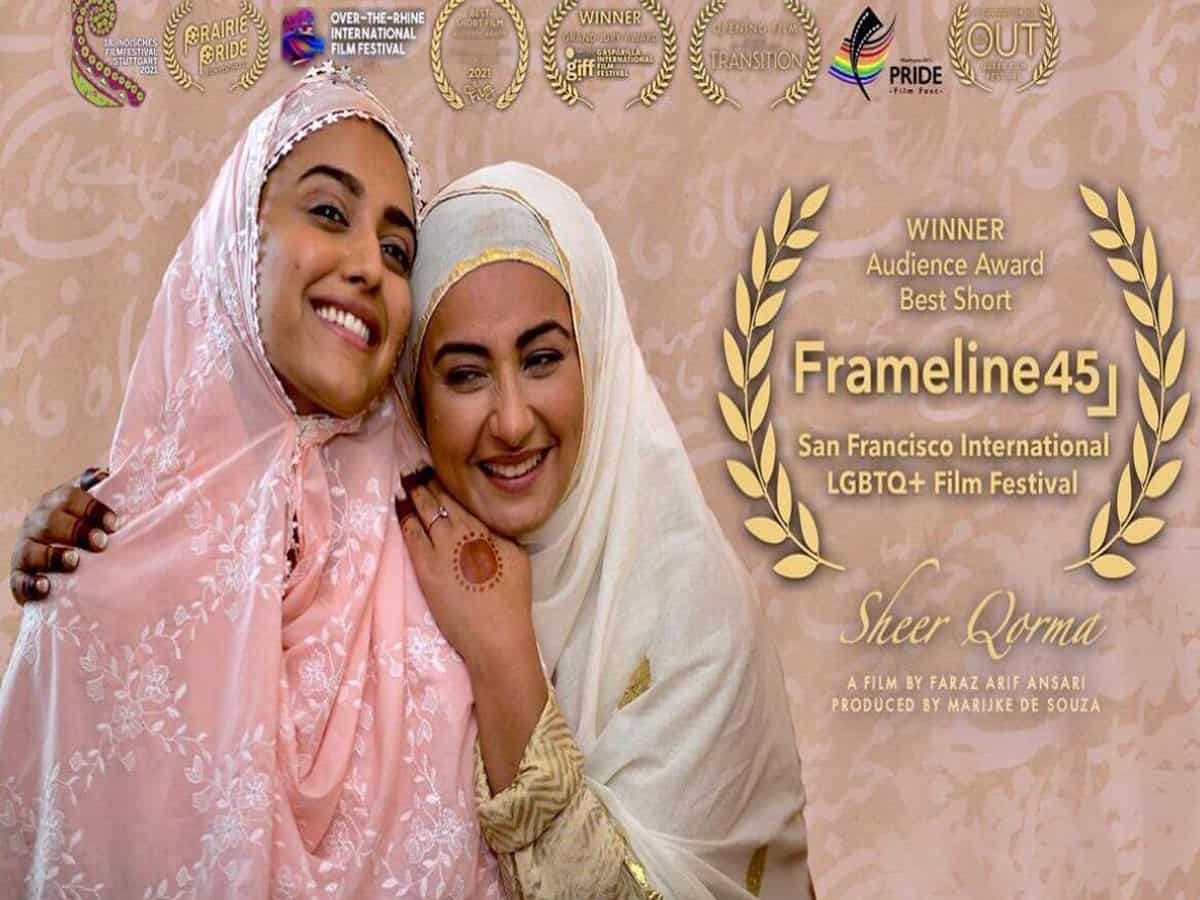 Reacting on the win, Ansari tells IANS: “I’m still numb with the fact that a film like Sheer Qorma that is so personal to me, that was born inside my heart and my soul, is going out and conquering the world, winning the biggest awards at the biggest film festivals. (I am) So very grateful for our film winning at Frameline Fest.”

Frameline Fest is one of the biggest LGBTQ+ fests in the world.

“For a queer, brown, non binary, independent filmmaker to win so many accolades, it’s surreal. It is a surreal experience because we have always been told that this is your limit, this is the most that you can get but then the universe finds a way to just give you so much more that you could dream of, you could even ask for. I’m very grateful and I’m just honoured about the fact that our film is really, not just winning awards but also really touching lives and bringing transformation in hearts,” he says.

The filmmaker adds: “The reason why we have made Sheer Qorma and I’m just very thrilled to see this child fly and so high and high and high in the sky.”