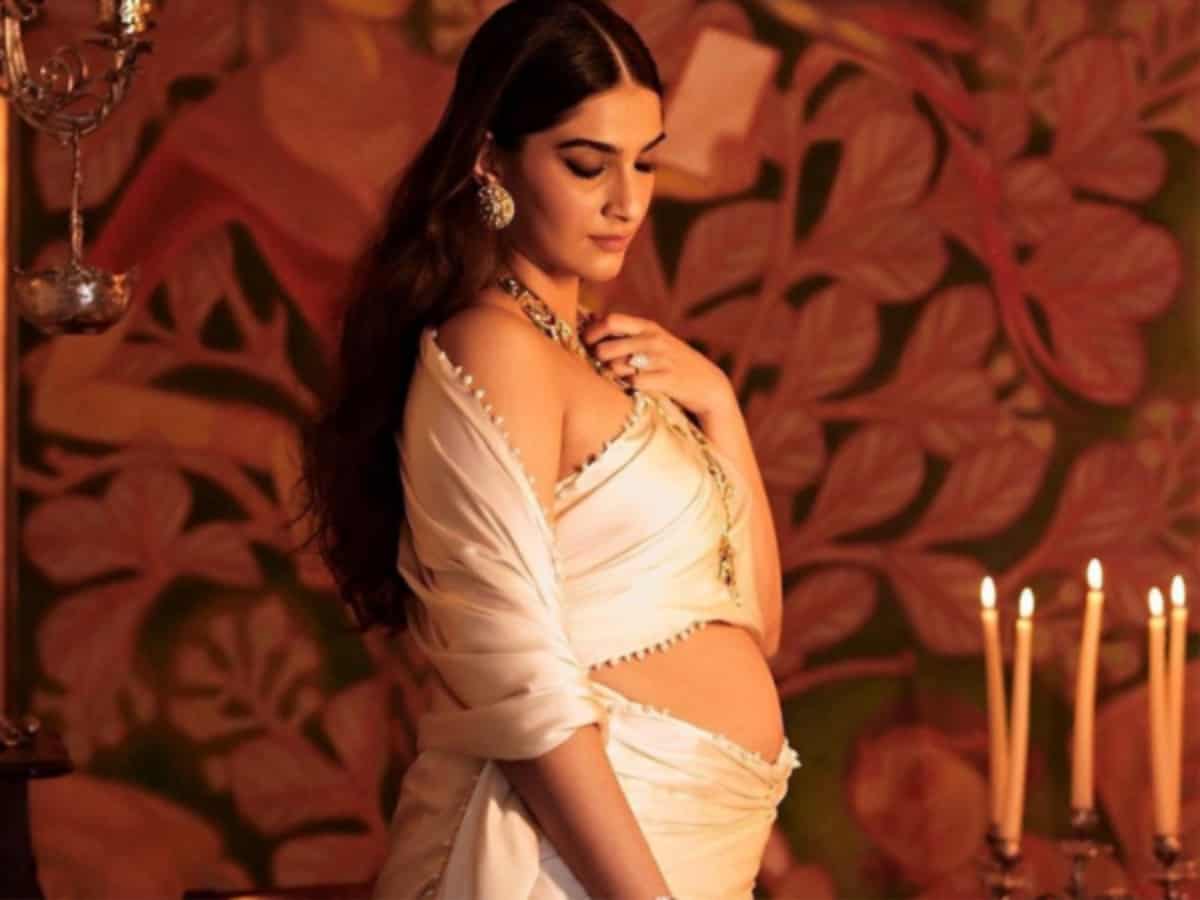 Mumbai : New mommy in B-town Sonam Kapoor shared a glimpse from her motherhood journey on Wednesday, on social media.

Taking to her Instagram stories, the ‘Mausam’ actor treated her fans with a new picture. 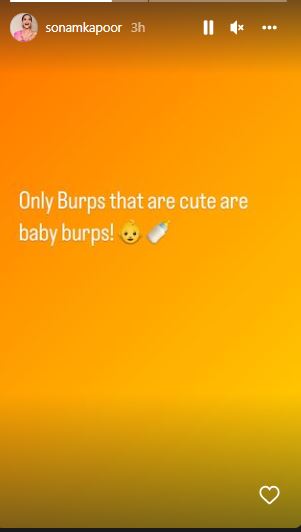 With a plain yellow background, Sonam wrote, “Only burps that are cute are baby burps,” with a baby emoji.

Recently, the ‘Neerja’ actor dropped an art piece that she and her husband Anand Ahuja got made to announce the birth of their baby boy.

Alongside the art piece, Sonam wrote a long note explaining the idea and meaning behind it.
Sonam Kapoor and Anand Ahuja, on August 20, welcomed their first child a baby boy.

The proud parents announced the news through a cute message template that read, “On 20.08.2022, we welcomed our beautiful baby boy with bowed heads and open hearts. Thank you to all of the doctors, nurses, friends and family who have supported us on this journey. It’s only the beginning, but we know our lives are forever changed – Sonam and Anand”

Sonam’s sister Rhea Kapoor shared the first glimpse of the baby but she covered his face with an emoticon.

Sharing the post, she wrote, “Rhea masi is not ok. The cuteness is too much. The moment is unreal. I love you Sonam Kapoor the bravest mommy and Anand Ahuja the most loving dad. Special mention new nani Sunita Kapoor”.

Sonam and her husband Anand Ahuja tied the knot on May 8, 2018, in a traditional Anand Karaj ceremony. In March 2022, the couple announced that they are expecting their first child together.

Meanwhile, on the work front, Sonam will be next seen in the upcoming film ‘Blind’ directed by Shome Makhija, starring Purab Kohli, Vinay Pathak and Lillete Dubey in prominent roles. The film is expected to release later this year.