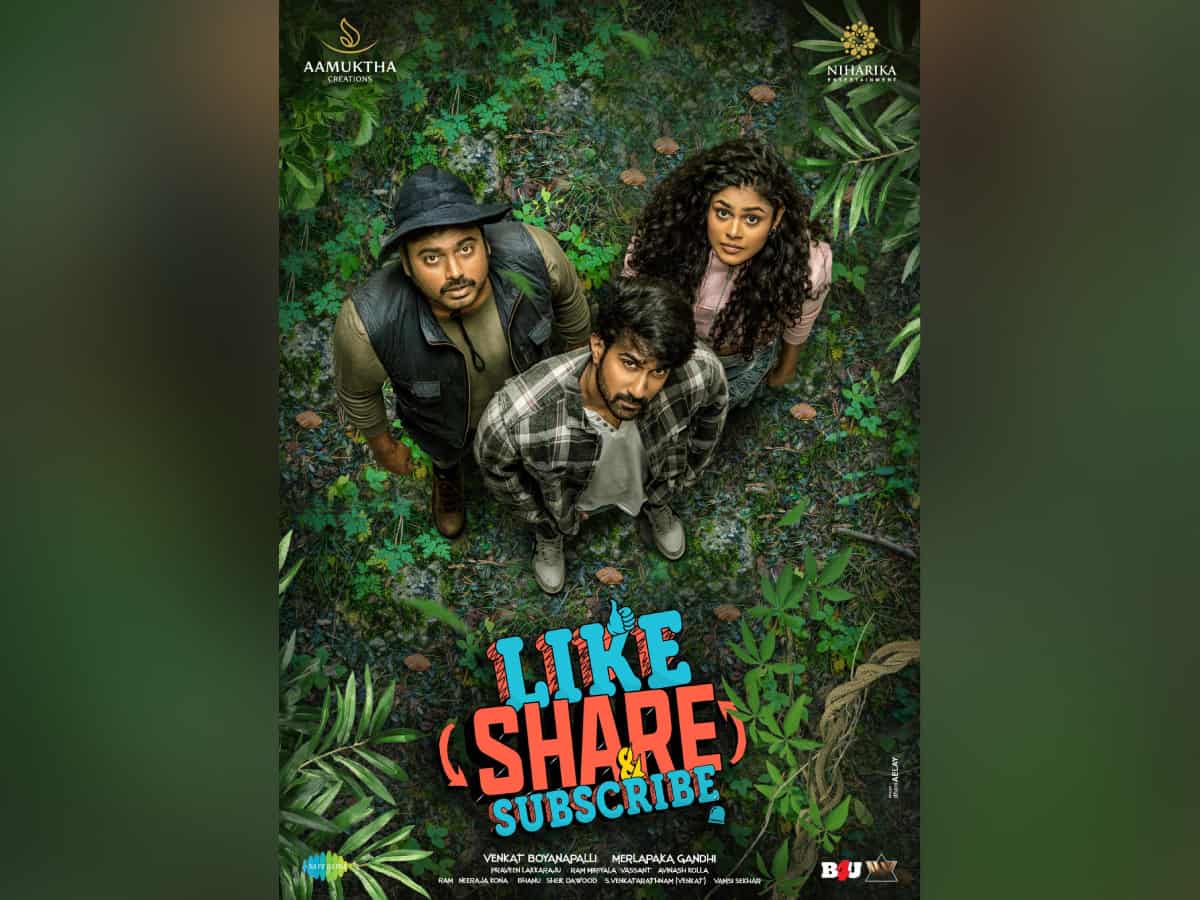 Chennai: The unit of Merlapaka Gandhi’s upcoming film, ‘Like Share & Subscribe’, featuring actress Faria Abdullah of ‘Jathi Rathnalu’ fame and Santhosh Sobhan in the lead, has now released the first look of the film.

The first look poster of the film was released along with its title. The whacky title – ‘Like Share & Subscribe’ has caught the attention of filmbuffs and critics as it is a phrase that is usually used to promote video content on YouTube.

The film has raised expectations as this is the second time that Merlapaka Gandhi, known for making comedies, is collaborating with Santosh. Interestingly, Gandhi had penned the story and screenplay for Santosh’s superhit, ‘Ek Mini Katha’, as well.

Aamuktha Creations is producing this film, in association with Venkat Boyanapalli’s Niharika Entertainment that delivered the blockbuster ‘Shyam Singha Roy’.

Sources close to the unit of the film say that it is in its last leg of shooting.

The first look poster has Santosh Sobhan, Faria Abdullah and Nellore Sudarshan in a jungle, giving weird expressions while looking up.

The film has music by Praveen Lakkaraju and cinematography by Vassant.