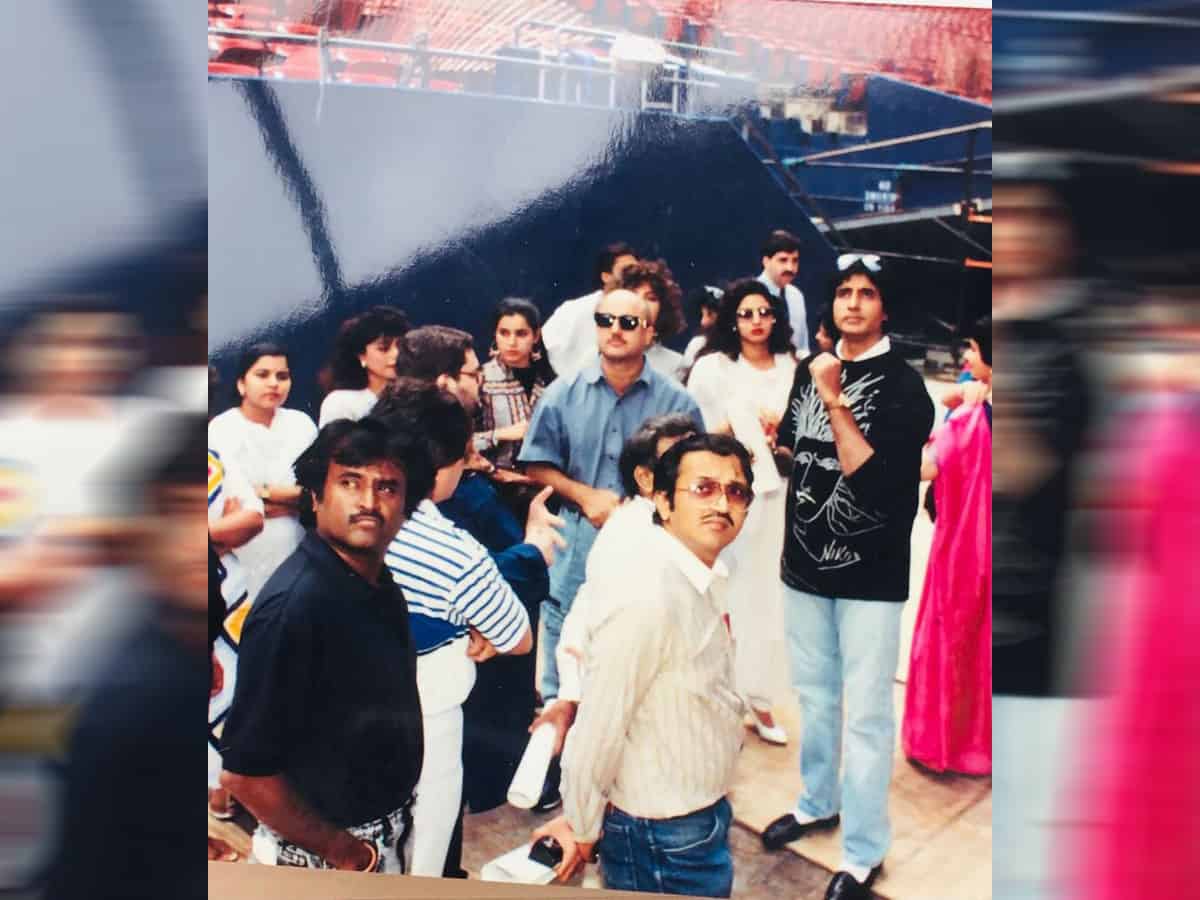 Mumbai: Veteran actor Anupam Kher on Friday treated his fans and followers with an ‘old and gold’ pictures on social media. Taking a trip down the memory lane, the actor shared a few photos from the Nineties’ – from around the time 1991 movie Hum released.

Sharing the ‘million-dollar’ flashback memories on Instagram, Anupam Kher wrote, “Story of these pics: We were in New York for the star show called ‘Jumma Chumma In NY’. These are the rehearsal pics. It was a sold-out show to be performed at the Giants Stadium. Amitabh Bachchan ji was the man of the hour. There was euphoria all over the place. This was the biggest ever show dominated with the team of Hum. I was feeling so important. Got to spend so much time with superstar Rajinikanth, Sridevi and others. Let’s see how many of them do you recognise.”

One of the pictures was star studded that features Amitabh Bachchan, Rajinikanth, late actress Sridevi, Anupam Kher, Neelam Kothari, Nitin Mukesh, and Sadhna Sargam. Madhuri Dixit who is not clearly visible, can been seen standing behind Anupam Kher.

Earlier, Amitabh Bachchan had also shared a glimpse from another Jumma Chumma concert in London. Big B and Sridevi performed to the song Jumma Chumma even before Hum released in 1991.