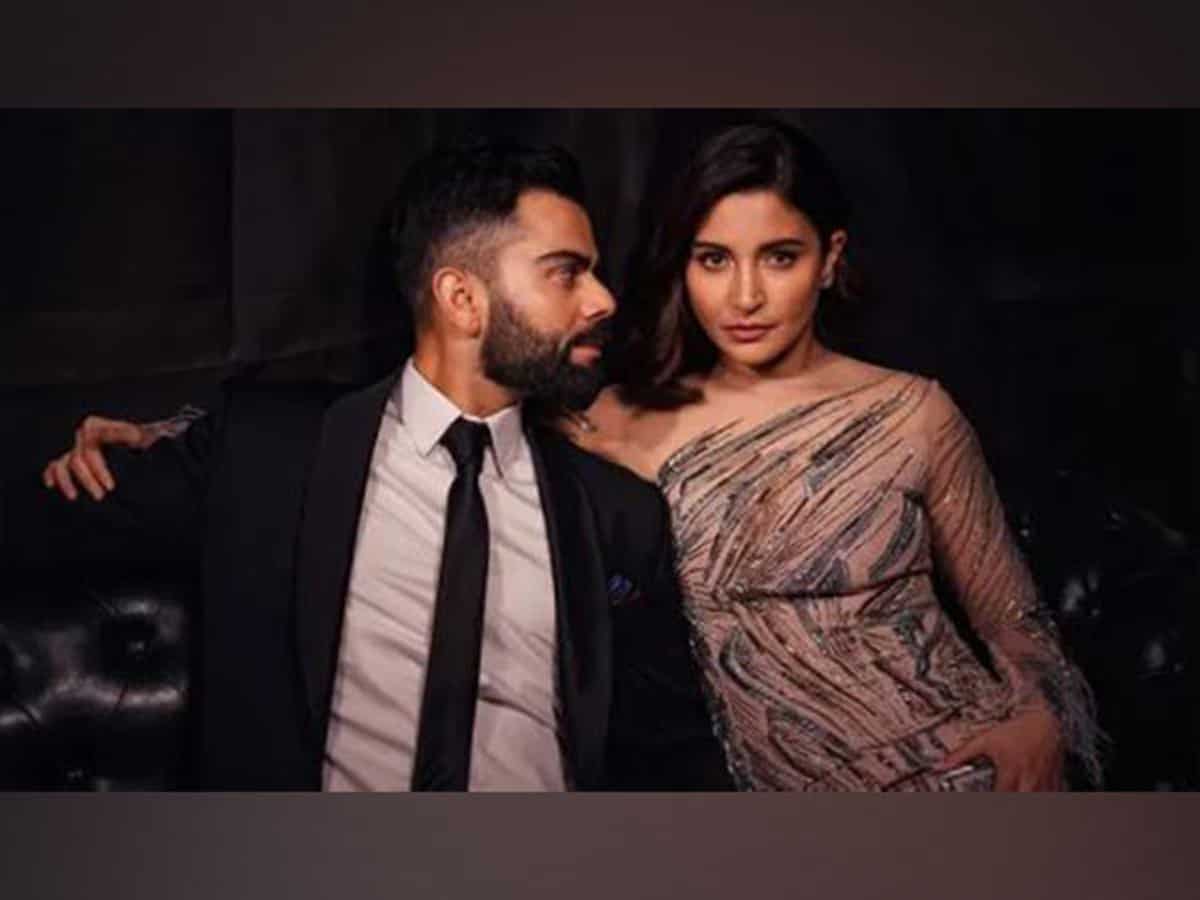 Dubai : Actor Anushka Sharma is a happy and proud wife as her husband Virat Kohli completed his 71st century in international cricket on Thursday in the Asia Cup 2022.

Taking to Instagram, the ‘Sultan’ actor dropped pictures of her hubby Virat from the match along with a sweet caption.

She wrote, “Forever with you through any and everything,” with a heart emoji.

In the series of pictures, Virat was seen celebrating his century during the match.

As soon as the pictures were posted, the couple’s friends chimed into the comment section.

Star Indian batter Virat Kohli completed his much-anticipated 71st international century and powered India to a massive 212/2 in their 20 overs during their last Super Four clash against Afghanistan at the ongoing Asia Cup 2022.

After his 71st century in international cricket, Virat Kohli dedicated his ton to his wife and their daughter.

“Last two and a half years have taught me a lot. I am going to turn 34 in a month. So those angry celebrations are a thing of the past. Actually, I was shocked. This is the last format I thought. It was an accumulation of a lot of things. The team has been open and helpful. I know there was a lot of stuff going outside,” said Virat after his innings to broadcasters.

“And I kissed my ring. You see me standing here because one person has put things in perspective for me.

That’s Anushka. This hundred is for her and for our little daughter Vamika as well. When you have someone next to you having conversations putting things in perspective, like Anushka has been… when I came back I was not desperate. Six weeks off I was refreshed. I realised how tired I was. Competitiveness doesn’t allow it, but this break allowed me enjoy the game again,” he added.

Meanwhile, on the work front, Anushka marks her comeback with project ‘Chakda Xpress’. Directed by Prosit Roy, ‘Chakda Xpress’ is a sports biopic film based on the life of former Indian cricketer Jhulan Goswami, which will stream exclusively on Netflix.

The ‘Ae Dil Hai Mushkil’ actor will be portraying the role of a cricketer for the first time in her career and she announced her comeback film with a special announcement video at the beginning of 2022. The final release date of the film is still awaited.