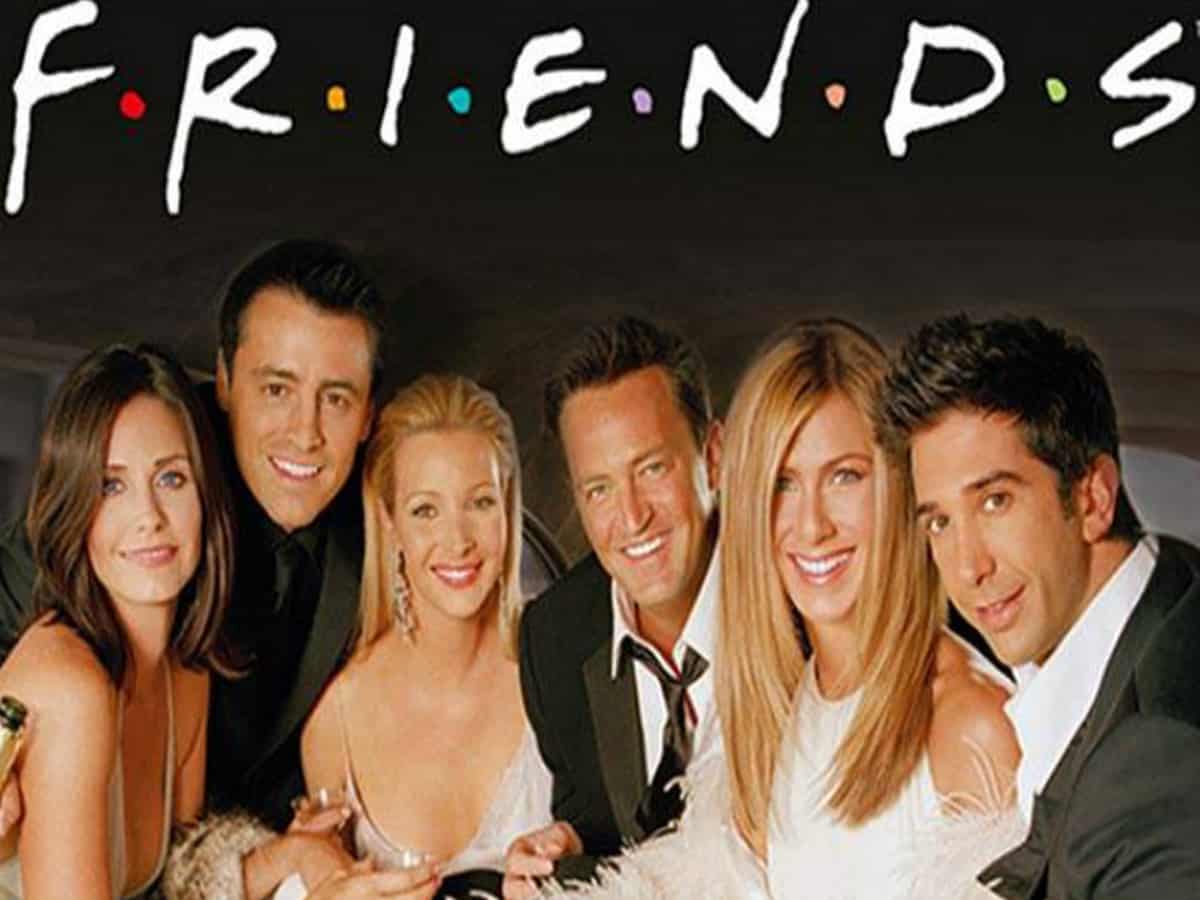 Washington: Keeping their fans on toes after announcing the most awaited sequel, ‘Friends’ has planned to include some original props in its upcoming reunion special, including the famous water fountain and original set.

Sources close to the production revealed that the reunion was shot over the span of three days at Warner Brothers Studios last week and it also took things like the show’s old stage to film parts of the reunion as well.

As for a new cast, that still remains a mystery, what is confirmed is the show’s iconic stars Jennifer Aniston, Matthew Perry, Courteney Cox, Lisa Kudrow, David Schwimmer and Matt LeBlanc will return for the reunion.

On Saturday, everyone’s favourite Chandler Bing had already let the cat out of the bag by deleting a behind-the-scenes picture of himself while getting his makeup done for the shoot of his much-awaited project ‘Friends reunion’.

Perry took to his Instagram handle on Saturday (local time) to share a behind-the-scenes snap of himself prepping for the upcoming ‘Friends’ reunion and deleted the post a few moments later.

“Seconds before eating a makeup brush, not to mention reuniting with my friends,” he captioned the selfie of himself in a makeup chair. The post surpassed 27K likes before the actor deleted it from his account.

The post was quickly taken down, but the shot of Chandler Bing about to get back in action was enough to get his ‘Friends’ fans in a frenzy.

The reunion confirmation news was spilt out by the co-star David Schwimmer, who told Andy Cohen in an interview aired early March that the cast and crew would begin production “in a little over a month.”

“I’m heading out to LA. So, finally, I mean, we figured out a way to film it safely, and there’s going to be a portion of it that we film outside because of, you know, for safety protocols,” he said at the time.

‘Friends’ that stars Schwimmer, Aniston, Courteney, Kudrow, LeBlanc, and Perry, in the lead roles originally aired for 10 seasons on NBC from 1994 to 2004.

The reunion special was first announced in February 2020 by HBO Max and was scheduled to premiere that May, but then the COVID-19 pandemic caused a major delay in shooting the reunion.

The special has long been slated to film on Stage 24, the original ‘Friends’ soundstage on the Warner Bros. Studio lot in Burbank, California, with Ben Winston directing and executive producing alongside ‘Friends’ executive producers Kevin Bright, Marta Kauffman and David Crane.

The American sitcom was touted as one of the most popular ones and is still the talk of the town among fans, who are eagerly waiting to see their favourite stars back together.

The beloved sitcom followed the story of six friends in their 20s and 30s who live in Manhattan, New York City.