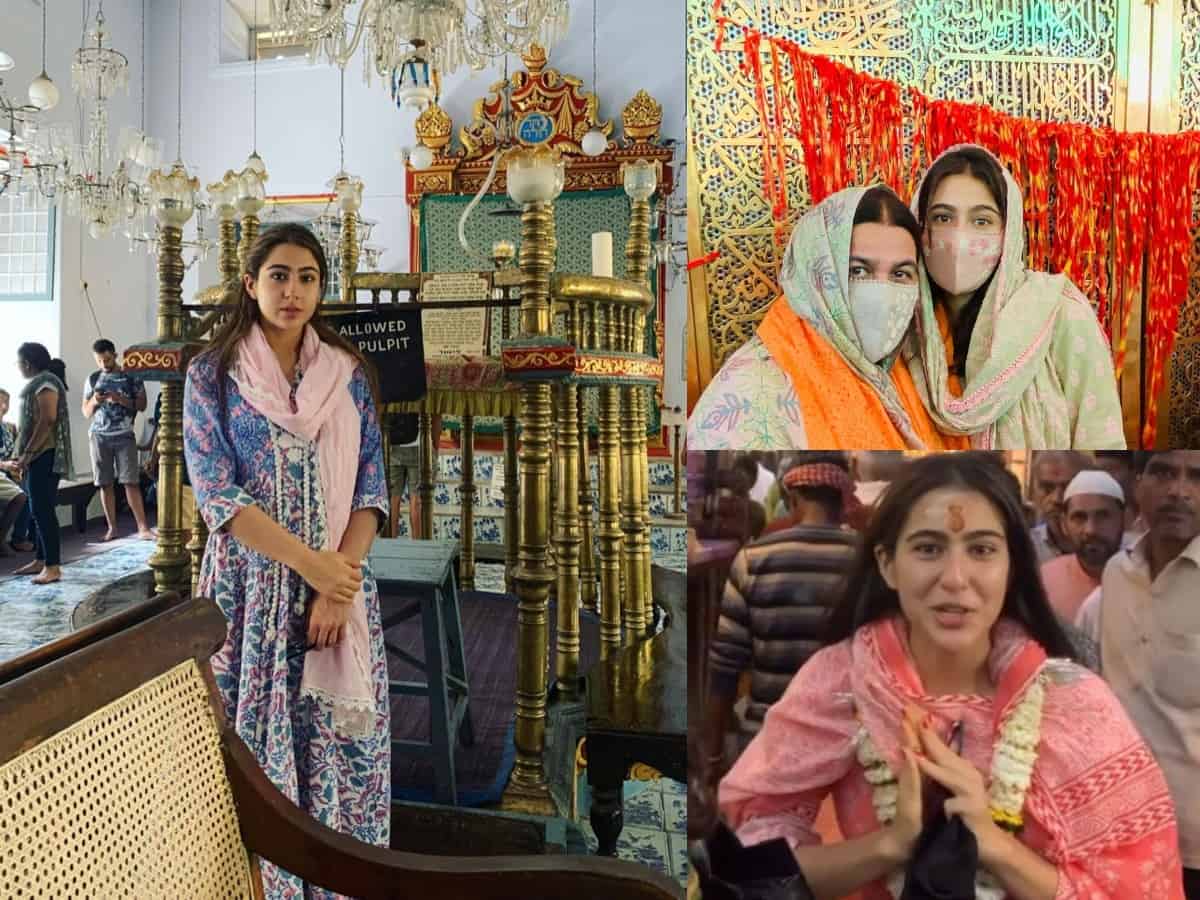 Mumbai: We often spot celebrities visiting shrines to seek blessings from God ahead of their movie releases or shoots. To show their gratitude for success, and for special occasions including festivals as well, they frequently visit the religious places.

The Simmba actress recently visited the famous Kamakhya Temple in Guwahati, Assam. The actor was accompanied by her friend Sara Vaisoha. The actor called herself ‘blessed’ as she posted the photos on her Instagram account.

Sara Ali Khan, along with her mother Amrita Singh, visited Ajmer Sharif Dargah in Rajasthan in February this year. She shared some lovely clicks of herself with mother Amrita from her visit. That was not the first time that the actor has visited the Sufi shrine. She had earlier gone there with Amrita Singh to seek the blessings of the almighty before the release of her debut film Kedarnath.

Ahead of he debut shoot, Sara along the filmmaker Abhishek Kapoor visited the holy Kedarnath temple in Uttarakhand to seek blessings from God. The picture of them surfaced online.

In April this year, Sara was holidaying in Kashmir with mommy Amrita and brother Ibrahim Ali Khan. The actress took to her social media handle to wish everyone as she began the month of Ramzan in Gulmarg by offering prayers at a dargah.

In 2018, Sara Ali Khan shared a throwback picture and video from holy shrine of Vaishno Devi in Jammu. She captioned the video as: “Any guesses if I made it into the cave? #tbt #vaishnodevi #MissingSinghJi #navratri.

Sara Ali Khan shared a beautiful picture with her friend from the Golden Temple on social media and wished her fans on the occasion of Guru Nanak Jayanti. In the picture, the actress is seen posing in front of the temple along with her BFF. She also visited the holy place with her mother.

In 2020, Sara, along with her mother visited the Kashi Vishwanath temple in Varanasi where she was seen performing the Ganga Arti. Sara Ali Khan shared pictures on her social media handle to give fans a glimpse of her visit. It sparked a row after pandits and seers objected her visit and her attending the evening ‘Ganga Aarti’ which is considered auspicious by Hindus adding that Sara is a non-Hindu.

It is noteworthy while Sara’s father Saif Ali Khan is a Muslim, her mother Amrita Singh—a single parent, who raised Sara and Ibrahim Ali Khan post divorce with Saif—is a Sikh. The siblings grew up practicing all religions alike.

On the professional front, Sara will next be seen with Akshay Kumar and Dhanush in Aanand L Rai’s Atrangi Re. The film will release on August 6, 2021.