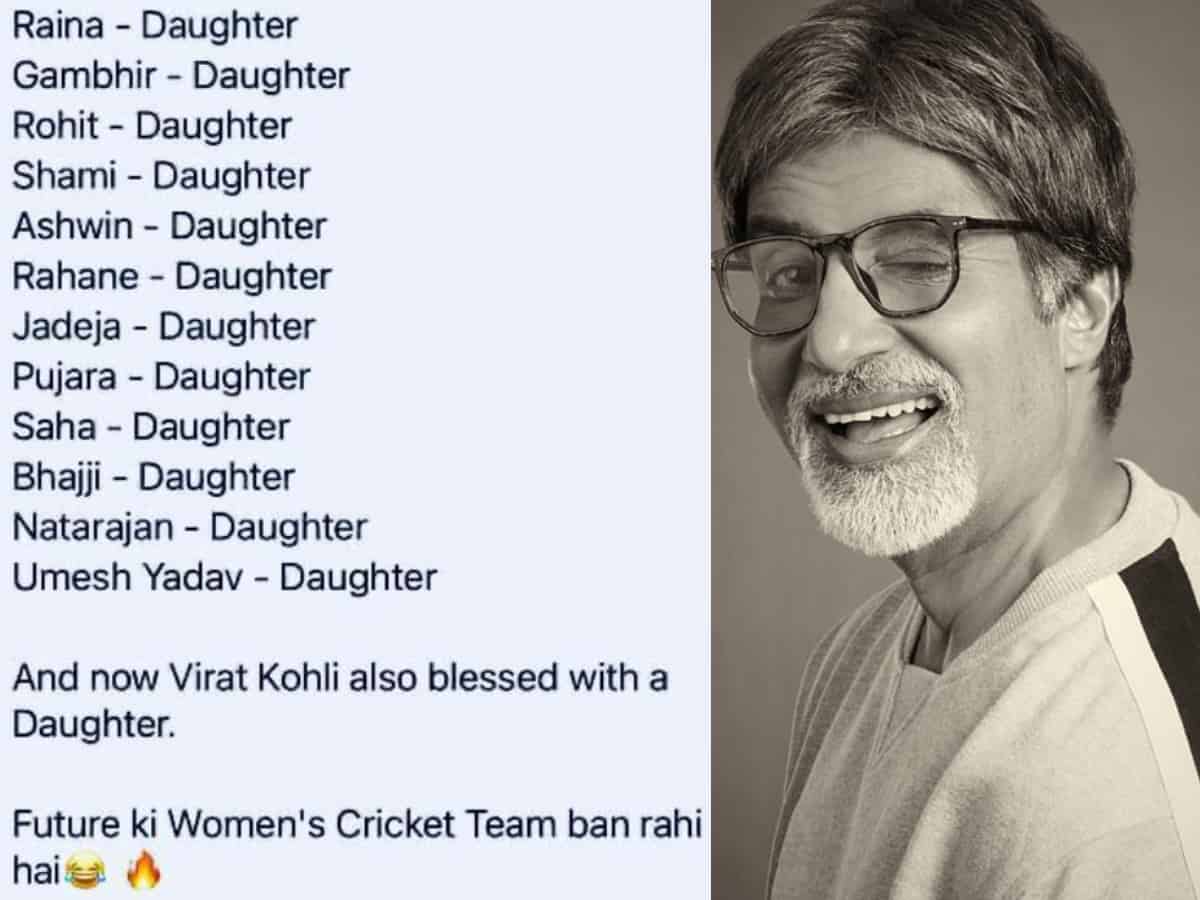 Mumbai: Veteran actor Amitabh Bachchan is quite active on social media and often posts interesting thoughts and poems on Twitter. From sharing old family photos to film updates and from posting memes to heartfelt poems, Big B makes sure to entertain and keep his fans updated.

Taking to Twitter on Wednesday, Big B has shared a viral message forward about cricketers and their children. It mentions the peculiar co-incidence of how most cricket stars of the country have been blessed with baby daughters.

Big B added a comment by one of his fans (whom he also calls his ‘extended family) to his tweet. “An input from Ef laksh ~”… and Dhoni also has daughter .. will she be Captain?,” he wrote.

While many agreed with Big B’s tweet, a section of netizens took a dig at nepotism topic and said, “Nepotism does not work here.”

Proud father Virat Kohli on Monday announced the birth his daughter and wrote, “We are thrilled to share with you that we have been blessed with a baby girl this afternoon. We thank you all for your love, prayers and good wishes. Anushka and the baby are both healthy and we are feeling beyond blessed to start this new chapter of our lives. We hope that you can respect our privacy at this time. Love, Virat.”

The couple have not revealed the name of their daughter yet but have asked the media to respect their family’s privacy.

Meanwhile, Amitabh Bachchan has Chehre, Jhund and Brahmastra in his sleeves. Big B was last seen in the Shoojit directorial Gulabo Sitabo alongside Ayushmann Khurrana.