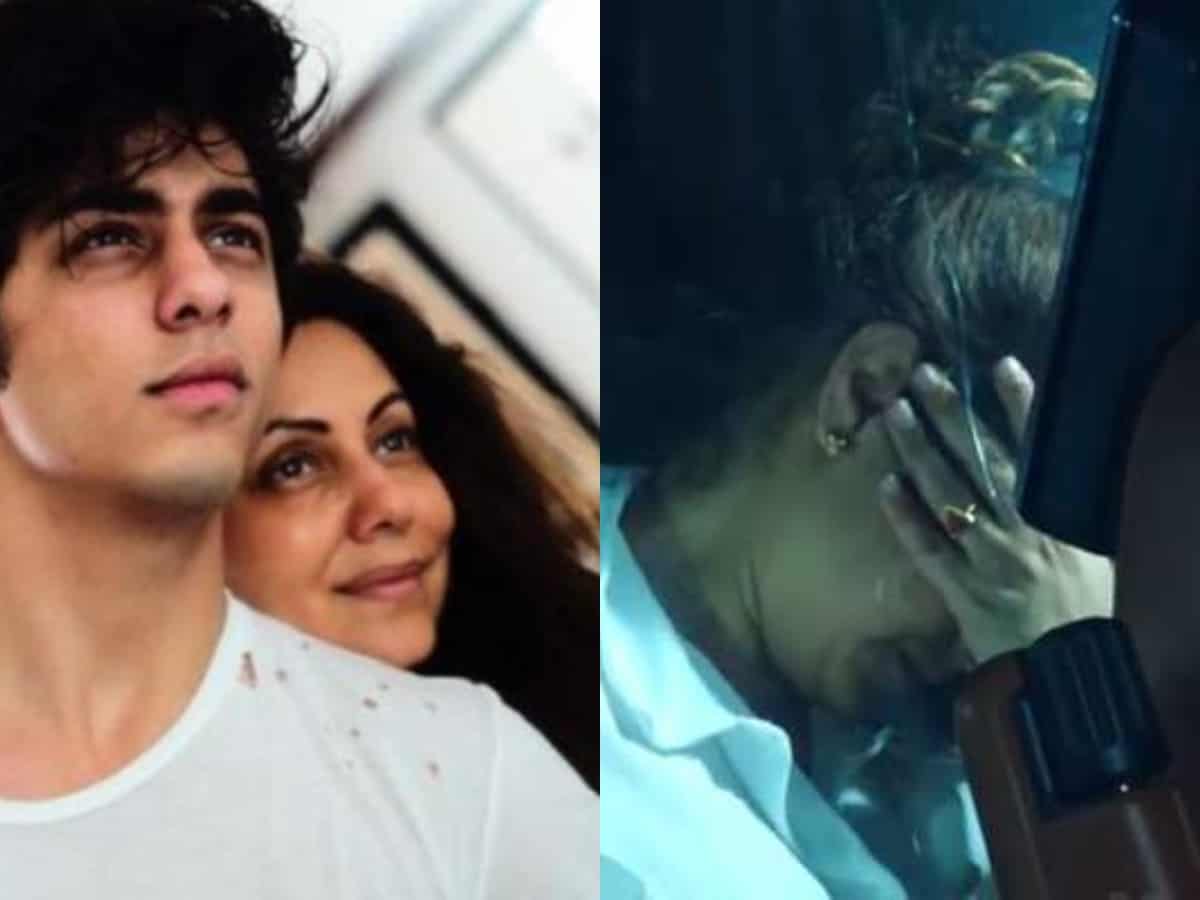 Mumbai: Shah Rukh Khan and Gauri Khan’s son Aryan Khan’s bail plea was rejected on Friday, October 8. According to reports, the star kid has now been sent to Arthur Road Central jail. Earlier, in the past one week since their detention and subsequent arrest, he was kept in the NCB lockup in south Mumbai.

Both SRK and Gauri have been restless and are trying their best to bring their son out of jail. Amid this, a video of Gauri crying inconsolably is doing rounds on internet. In the viral clip, one can see Aryan coming out from the court while on the other end we see a car wherein devastated Gauri is seen crying uncontrollably after her son was sent to jail. Watch the video below:

Many visuals of Karan Johar paying a visit to Shah Rukh Khan’s home, reportedly with a top lawyer have been surfacing online.

Ever since Aryan Khan’s arrest, many celebrities from the industry have been coming out to support Shah Rukh Khan and Gauri Khan in these tough times.

Hrithik Roshan wrote a lengthy, emotional letter coming out in support of Aryan Khan. “I’v known you as a kid and i’v known you as a man. Own it. Own everything you experience. They’r your gifts. Trust me. In time when you connect the dots… I promise you, It’s gonna make sense. Only if you have stared the devil in his eyes and kept your calm. Keep calm. Observe. These moments are the makers of your Tom. And Tom is going to have a brilliant sun shining. But for it, you must go thru the dark. Calm, still, owning your own. And trusting the light. Within. It’s always there. Love you man,” he wrote.