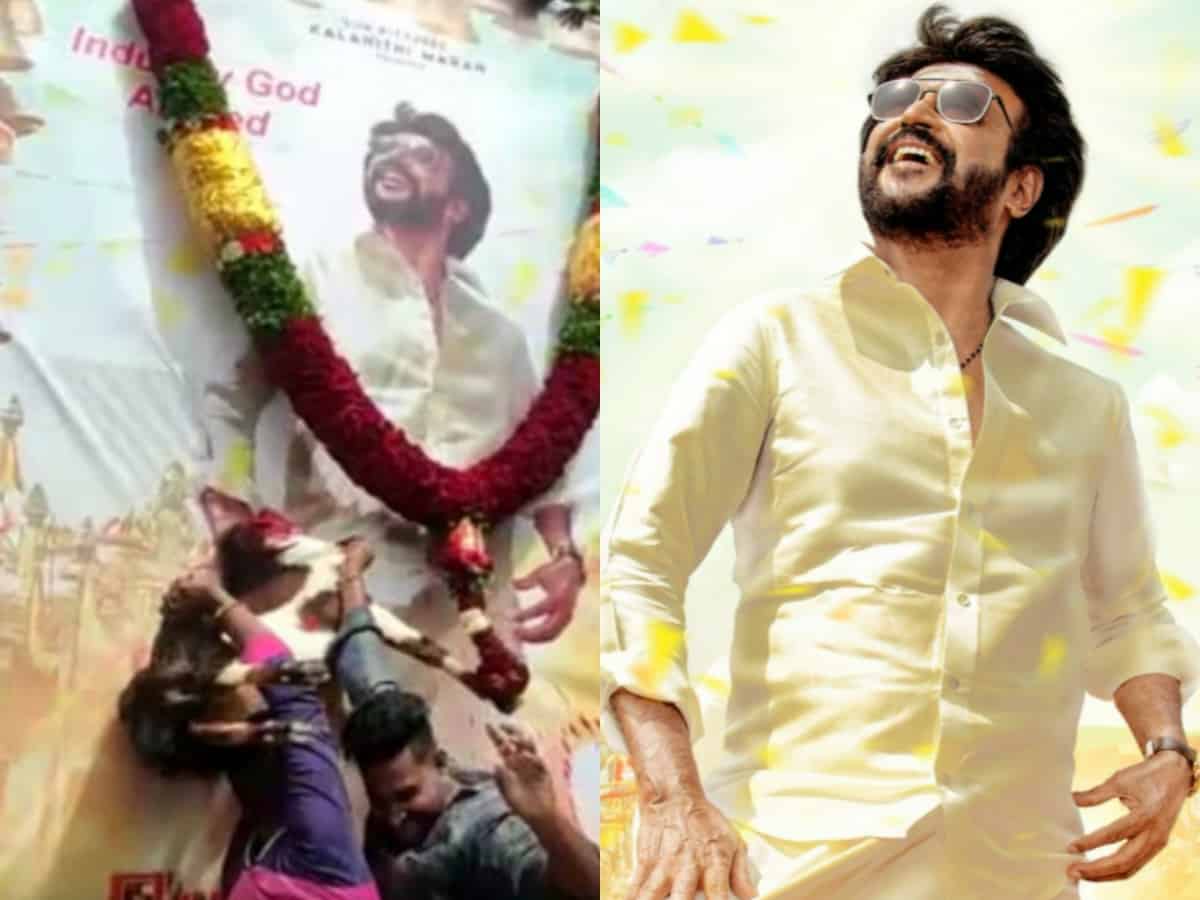 Mumbai: Superstar Rajnikanth, also fondly called as ‘Thalaivar’, will be next seen in Annaatthe. The film makers recently launched the first-look of poster creating a huge abuzz among fans. Massive celebrations were witnessed both on social media as well as offline.

Following the release of the posters a certain, section of fans had sacrificed a goat and its blood was poured over the poster to express their love towards Rajnikanth. Pictures and videos of the act have been floating on internet.

However, the act was not at all admired by the actor and V.M.Sudhakar, Administrator of the All India Rajinikanth Rasikar Mandram (Fans Club) who is pretty amiable with the actor himself found it to be “regrettable”.

As a general practice, people down south have the habit of pouring milk over the posters of the actors which is known as “Palaabhishekam”. But such an act turned a lot of heads and the fans were condemned for having done so.

This is not only regrettable, but also strongly condemnable. We request that nobody should be involved in such obnoxious acts,” said Sudhakar referring to a video of the said act that had gone viral.

Annaatthe is all set to hit the screens on Diwali, November 4. The action-entertainer is helmed by director Siva