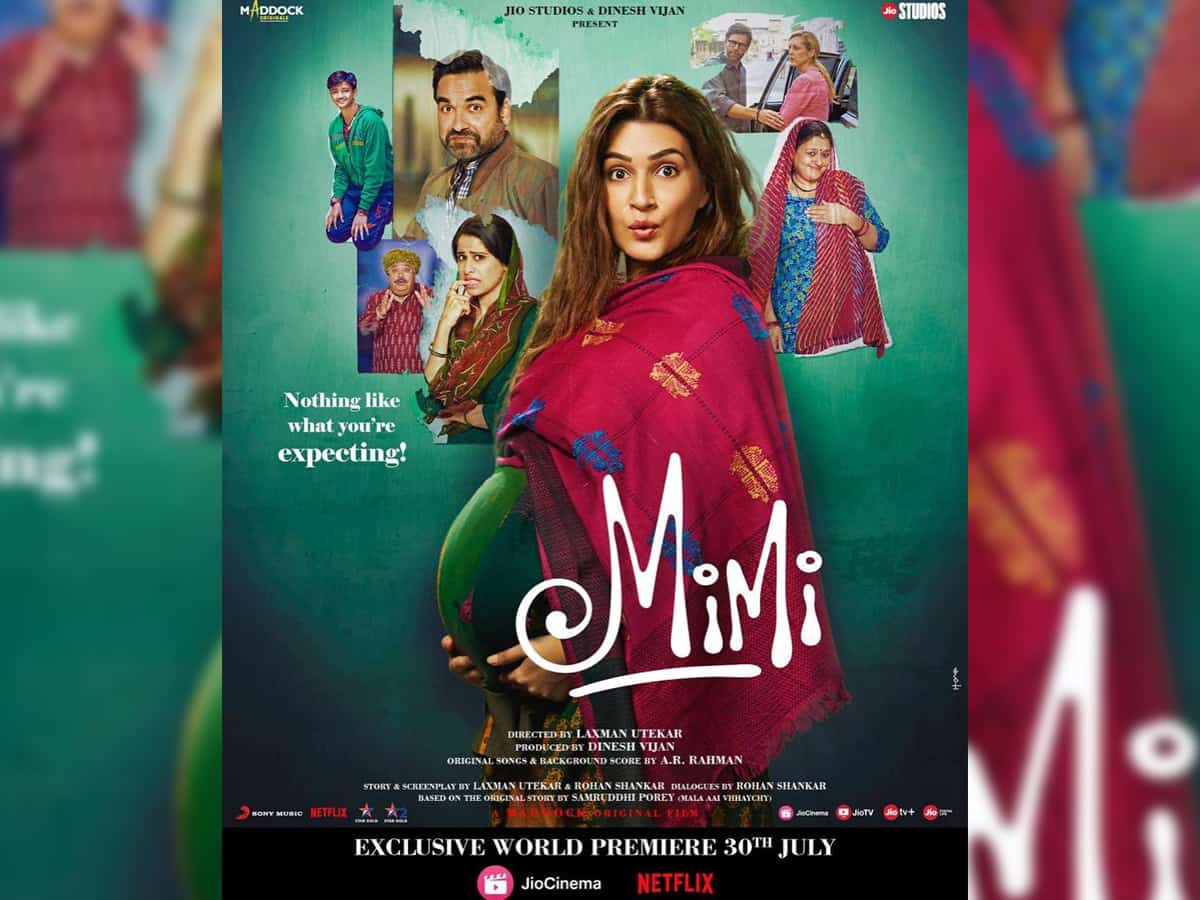 Mumbai: Set to be the biggest and career-changing film of actress Kriti Sanon’s career, ‘Mimi’ has mightily impressed the fans after its trailer release.

The music of the film is composed by the maestro A.R.Rahman and the actress was seen praising the composer for his contribution to the film.

Showing her excitement on what seems to be one of her favorite projects, the Heropanti actress took to Instagram to share the BTS videos of the trending and catchy number ‘Param Sundari’.

She is seen saying ”This is the first time that Rahman Sir has done the music for any of my films. Obviously, he is like the God of music.”The video also comprises actor Pankaj Tripathi and the Choreographer Ganesh Acharya.

The movie also stars Pankaj Tripathi and Manoj Pahwa in pivotal roles and is produced by Dinesh Vijan and the director of the film is ‘Luka Chhupi’ fame Laxman Utekar.

The story is about a young surrogate mother who took the task up for making money and how surrogacy affects her and how her world comes crashing down after society finds out about it forms the crux of the movie.

The movie is all set to be released on Netflix and Jio Cinema on the 30th of July and the crew is extremely excited for the same. The fans too are eagerly waiting.