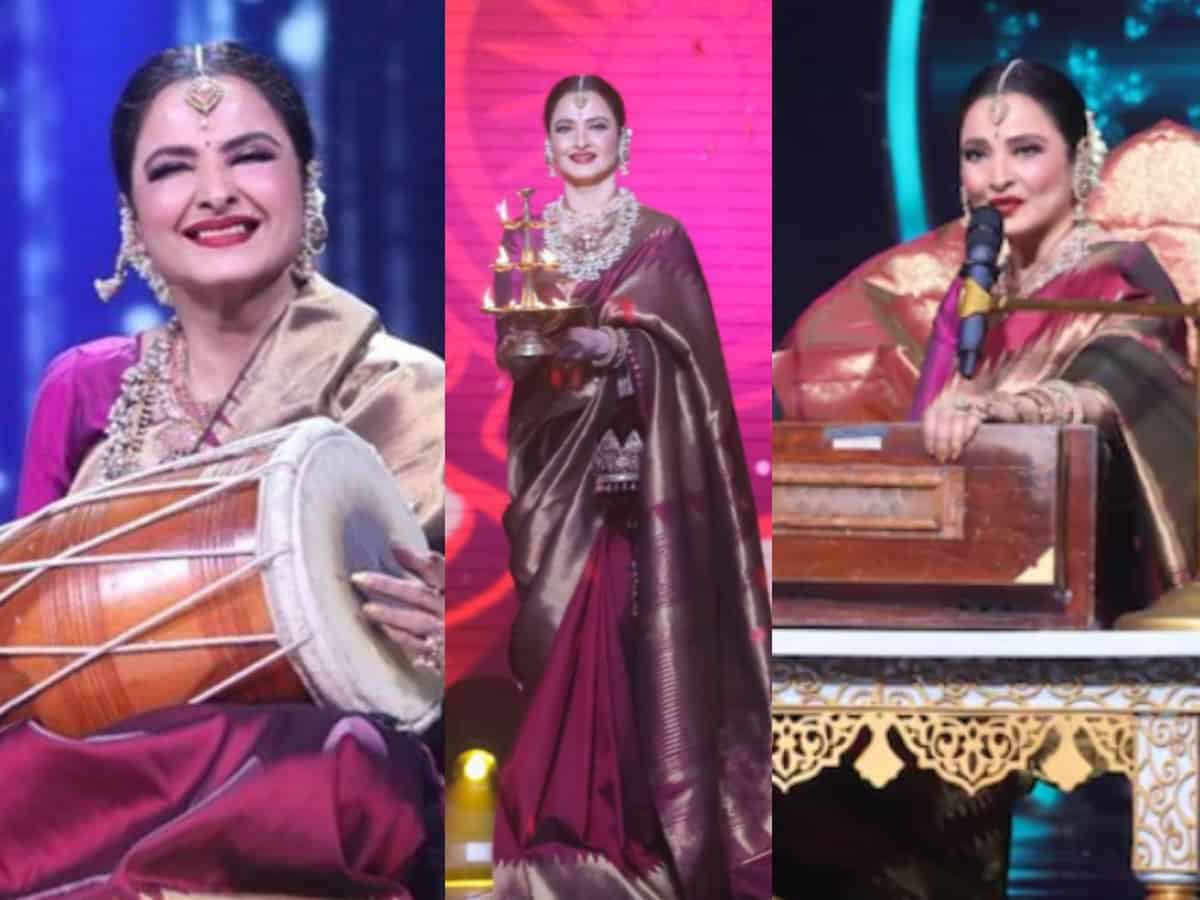 Mumbai: Veteran actress and the gorgeous diva Rekha made an appearance on last Saturday’s Indian Idol 12 episode. She won audiences’ hearts with her mesmerising presence, beauty and charm. From performing on stage to giving ‘Shagun’ to participants, the legendary actress had a gala time on the singing reality show as contestants sang popular numbers from her films.

The epitome of beauty Rekha left everyone stunned including viewers, judges and participants. Audience couldn’t get enough of her and who took to their social media to praise her for being an ‘apsara’, ‘Goddess’ and an ‘ageless diva’.

Rekha entered the show stage with a multi-layered prayer lamp to cast off the evil eye from everyone including the judges, contestants and host. This gesture of Rekha won everyone’s hearts.

Actress Preity Zinta to took to her Twitter and wrote, “OMG ! Rekhaji She just lights up the screen ! Haven’t watched anything on telly for ages till last evening. Got stuck to the screen as my friend gushed about her and WOW ! She’s looking like a goddess – So talented, so real, yet an enigma #rekha#indianidol#Girlcrush#Legend.”

How fans reacted to Rekha’s presence on Indian Idol 12?

One Twitter user wrote, “Beauty, grace, versatility, voice & spontaneity! Undoubtedly one and only #Bollywood legend — ageless Diva #Rekha, who graced #indianidol this weekend. #RekhaOnIndianIdol. Wish to see more of her charm around as she can dominate any show/movie.”

Another user shared how she got hooked to Indian Idol on seeing Rekha. She tweeted, “Thanks to my grandparents, who still enjoy watching TV, I got to watch #Rekha on the screen after ages on #IndianIdol2021.”

A fan pointed out, “Never seen such extraordinary music sense in any actor. #Rekha #indianidol.”

Check out other reactions below:

Indian Idol 12 is judged by Neha Kakkar, Himesh Reshammiya and Vishal Dadlani. Host Aditya Narayan recently announced that he had tested positive for Covid-19 and hence Jay has stepped in for him.